Listen to the Episode Below (00:57:10)
Play / pause
1x
1.5x
2x
0:00
0:00
00:57:10
volume
iTunesGoogle PlayShare Leave a ReviewClammr ItListen in a New WindowDownloadSoundCloudStitcherSubscribe on AndroidSubscribe via RSS
Sign up to receive bonus content about our guests and sneak peeks for a guest from the next week’s interviews! 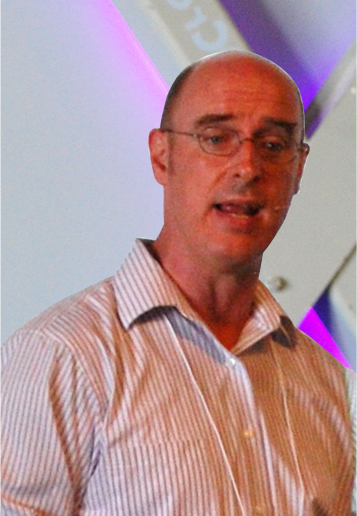 Andrew is the Lead Neuroscientist at TruBrain and Director of Neurocognitive Services at Alternatives Behavioral Health and the Alternatives Brain Institute. He is also a Lecturer at the University of California, Los Angeles. He received his PhD in Cognitive Neuroscience from UCLA. Andrew is here with us today to tell us all about his journey through life and science.

Life Outside of Science
Every morning, Andrew goes to an Ashtanga yoga studio to spend some time being in the moment. This is a great break from his usual analytical thinking in science.

A Dose of Motivation
“The mind is not a vessel to be filled but a fire to be kindled.” by Plutarch

What Got You Hooked on Science?
As a kid, Andrew liked to take everything apart and understand how electronics work. His interest in the brain was shaped by an unfortunate accident where his younger brother was struck by a car while sledding. This left his brother in a coma for about 8 weeks and resulted in surgery to remove part of his brain. Sitting next to his brother in the hospital, he remembers thinking about consciousness, identity, being awake, and what role the brain might be playing in these different states.

The Low Points: Failures and Challenges
Andrew had a tough time getting through graduate school. When he was fairly close to finishing, he considered giving it all up because he was really disheartened by the career prospects. Postdoctoral positions were hard to come by and the ascent to the coveted tenure track position was daunting. It was a tough period to get through because he felt isolated and didn’t have much social support out in LA.

A Shining Success!
During graduate school, Andrew started on his entrepreneurial journey using his neuropharmacology knowledge to concoct nootropic (smart drug) blends. This was the start of the company now called TruBrain. Later he was successful in launching another brain-based start-up company called Alternatives that uses neurofeedback and mindfulness to provides substance abuse treatment and improve brain performance.

Book Recommendations
The Gift by Hafiz, translated by Daniel Ladinsky

Most Treasured Travel
Andrew is an avid motorcyclist, and he gets in touch with his field of scientific study through cross-country motorcycle trips. Riding a motorcycle requires mindful attention and ignoring distractions. These trips have been a great opportunity to help him tap into his own mindfulness and really focus on how the brain works to process complicated environments.

Quirky Traditions and Funny Memories
When he was 14 years old, Andrew traveled to the island of Gibraltar with his family. On the island, there are small, wild primates that often interacted with the tourists. He smiled at one of the primates as he walked by, and it screamed angrily and bit his arm. Andrew was baffled by the situation until he realized that to other primates, showing your teeth is an aggressive nonverbal cue, rather than a friendly one. This was a difficult introduction to the science of nonverbal communication across species.

Advice For Us All
It doesn’t really matter what you choose to do with your career and your life as long as you do something you are passionate about. He is also fond of the phrase “shift happens” and uses it to reference how nothing is static. When you’re working with the brain, dramatic and profound changes can be made to improve someone’s life and experiences.

Guest Bio
Andrew’s PhD research focused on how attention operates in the brain. He is currently lecturing for the Undergraduate Education Initiatives program at UCLA, teaching a course sequence gerontology, and the neuroscience of healthy brain aging. Andrew has published chapters on measuring and modulating human attention, and he continues to research self regulation. Prior to starting graduate school at UCLA, Andrew obtained extensive experience working with both psychiatric and developmental populations as well as gaining experience in high technology areas. He is excited to have the opportunity to work at the intersection of academia, clinical applications, and the entrepreneurial world.