Listen to the Episode Below (00:49:22)
Play / pause
1x
1.5x
2x
0:00
0:00
00:49:22
volume
iTunesGoogle PlayShare Leave a ReviewClammr ItListen in a New WindowDownloadSoundCloudStitcherSubscribe on AndroidSubscribe via RSS
Sign up to receive bonus content about our guests and sneak peeks for a guest from the next week’s interviews! 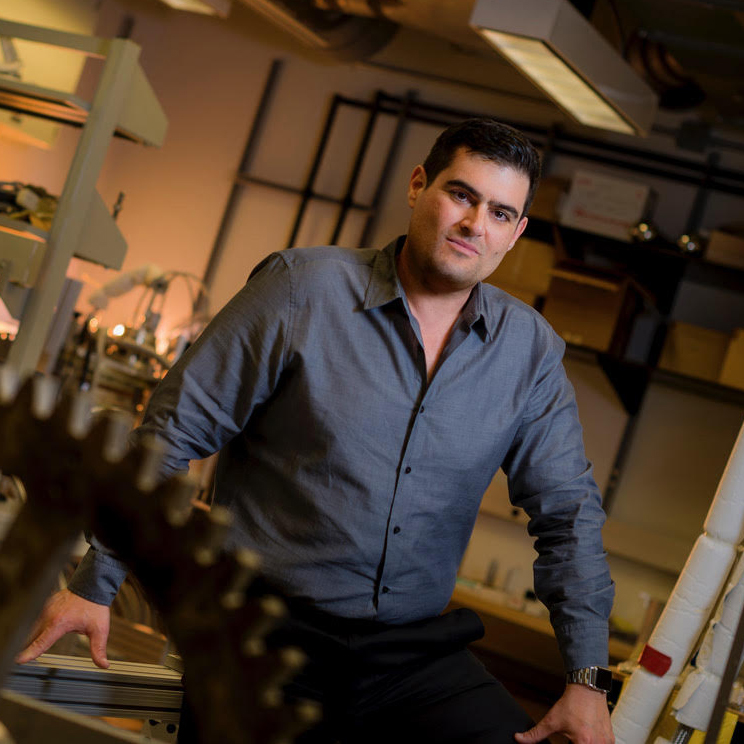 Dr. Brian Keating is a Professor of Physics at the University of California, San Diego. Additionally, he is the Co-Director of the Ax Center for Experimental Cosmology and Director of the Simons Observatory. Brian is also author of the soon-to-be-released book Losing the Nobel Prize: A Story of Cosmology, Ambition, and the Perils of Science’s Highest Honor. He received his B.S. in physics from Case Western Reserve University and his Ph.D. in physics from Brown University. Brian conducted postdoctoral research at Stanford University and at the California Institute of Technology before joining the faculty at UC, San Diego. Brian and his work have earned many awards and accolades over the years. He has been named a Fellow of the American Physical Society and a UC, San Diego Hellman Faculty Fellow. In addition, Brian is the recipient of the White House Presidential Early Career Award for Scientists and Engineers, a National Science Foundation CAREER Award for Faculty Early Career Development, the Second Place Prize for the 2014 Buckhalter Cosmology Prize, and a UC, San Diego Equal Opportunity/Affirmative Action and Diversity Award. In our interview Brian shared his stories and experiences from his life and science.

Life Outside of Science (2:46)
Outside of science, Brian’s hobbies include flying airplanes and performing stand-up comedy. His interest in flight began when he was a young kid determined to become an astronaut, and he made his piloting dream come true when he earned his private pilot license in graduate school. Brian’s forrays in stand-up comedy began with an open mic session at a famous comedy club in La Jolla. He originally signed up to prepare for his TED Talk a few years ago, and since then, Brian has continued to work on his repertoire.

The Scientific Side (7:31)
As a cosmologist, Brian studies the universe using a variety of different tools. In his research, he examines the stars, how the universe originated, and what (if anything) was present before our universe existed. Brian and his colleagues build instruments to detect the very first light in the universe by investigating an ancient heat called the cosmic microwave background radiation. This is a three degree Kelvin signal that resulted from the birth of the universe.

“The first principle is that you must not fool yourself, and you are the easiest person to fool.” – Richard Feynman

What Got You Hooked on Science? (14:25)
When Brian was about 13 years old, he woke up one night to the light of a full moon illuminating his room. Next to the moon was a very bright star he had never seen before. Brian had to wait until the Sunday edition of the New York Times was delivered to discover that he had actually been observing the planet Jupiter. He was in awe that it was possible to see another planet from so far away with just your eyes. At that moment, Brian became determined to get a telescope. With his wages from working at a nearby deli and a generous contribution from his mom, Brian bought his first telescope. He was captivated by the valleys, craters, mountains, and lava flows on the surface of the moon. Brian’s passion for astronomy persisted, but he didn’t think this was something you could do for a career. In college, he changed his major from astronomy to mechanical engineering and then to experimental physics. Brian went on to pursue a PhD in experimental cosmology, and after guidance from an excellent postdoc advisor, he landed his dream job studying the universe.

The Low Points: Failures and Challenges (24:46)
In 2014, an experiment Brian created called BICEP announced that they discovered primordial waves of gravity imprinted on the cosmic microwave background that emanated from the inflationary epoch. This experiment catalyzed tremendous excitement surrounding studying the universe with microwave technology. There were numerous exhilarating ups and devastating downs, but their findings were ultimately disproved. In addition, the experiment stirred up discussions and controversy regarding the use of data from other researchers, release of results in a public press conference before peer review and publication, as well as creation of YouTube video that went viral. The team wanted to highlight the magnitude of the discovery without waiting months to years for peer review and publication, but this was a mistake. Though it was a difficult situation, their experiences with BICEP served as a cautionary tale to other research teams, and it led the astronomical community in a new direction in terms of the process of announcing new discoveries.

A Shining Success! (29:48)
Over the years, Brian has been struck by the parallels between his interactions with his biological children and the people he mentors in the lab. He takes pride in the accomplishments of his students and is delighted to see them develop as scientists. Recently, Brian’s ninth graduate student finished their PhD and moved on to the next stage in their career, and he has seven more students who will be making this transition in the next four years. It is exciting for him to be a link in this long chain of scientific education that has been built over many years and will continue to grow with each new scientist that begins their journey in his lab.

Book Recommendations (32:37)
Losing the Nobel Prize: A Story of Cosmology, Ambition, and the Perils of Science’s Highest Honor by Brian Keating, Gravity’s Kiss: The Detection of Gravitational Waves by Harry Collins, Lean In: Women, Work, and the Will to Lead by Sheryl Sandberg, Only the Paranoid Survive: How to Exploit the Crisis Points That Challenge Every Company by Andrew Grove

Most Treasured Travel (37:02)
Visiting the South Pole to conduct research was amazing. It can take weeks to get there, and you meet many wonderful people along the way. Being there on this seemingly endless flat, frozen plane is an otherworldly experience. The sun never sets in the summer at the South Pole, and there are many brilliant scientists working there with the most advanced technology imaginable to study the early universe, climate, Earth’s dynamics, aurora, atmosphere, neutrinos, and other fascinating topics. Basically, the only way you can travel to the South Pole is by being a scientist.

Quirky Traditions and Funny Memories (40:39)
The first time Brian went to Antarctica to deploy the BICEP experiment was right before Christmas at the end of the year. It is summer in Antarctica then, but everyone was getting ready for Christmas and having holiday parties. McMurdo Station is the final Antarctic station you visit before arriving at the South Pole, and it’s on a volcanic island off the coast of the main continent of Antarctica. The station has a unique feel that is a combination of large college and industrial complex. It’s an interesting and quirky mix of scientists, carpenters, electricians, ski bums, mountain climbers, and others from all over the world who are about to embark on extreme adventures. It’s fun to talk to everyone at the station’s two bars. The non-smoking bar is brightly lit, and there you’ll find people chatting while sipping sodas. However, the dark, hazy smoking bar is more popular, and it reminded Brian of the Cantina Scene from Star Wars. The feeling of camaraderie, bonding, and solidarity is remarkable.

Advice For Us All (45:25)
There are some things that you just can’t and shouldn’t rush. You have to be patient. You have to enjoy the journey, not just the destination.

“A calm and modest life brings more happiness than the pursuit of success combined with constant restlessness.” – Albert Einstein

Guest Bio
Brian is a public speaker, inventor, and an expert in the study of the universe’s oldest light, the cosmic microwave background (CMB), using it to learn about the origin and evolution of the universe. He is a pioneer in the search for the earliest physical evidence of the inflationary epoch, the theorized period of expansion of space in the early universe directly after the Big Bang. Physicists predict that this evidence will reveal itself as a particular pattern in the way CMB light is polarized; this pattern is referred to as a B-mode pattern. In 2018, his book, Losing the Nobel Prize, which describes the ups and downs of the BICEP2 experiment, was published by W.W. Norton.