Listen to the Episode Below (00:56:31)
Play / pause
1x
1.5x
2x
0:00
0:00
00:56:31
volume
iTunesGoogle PlayShare Leave a ReviewClammr ItListen in a New WindowDownloadSoundCloudStitcherSubscribe on AndroidSubscribe via RSS
Sign up to receive bonus content about our guests and sneak peeks for a guest from the next week’s interviews! 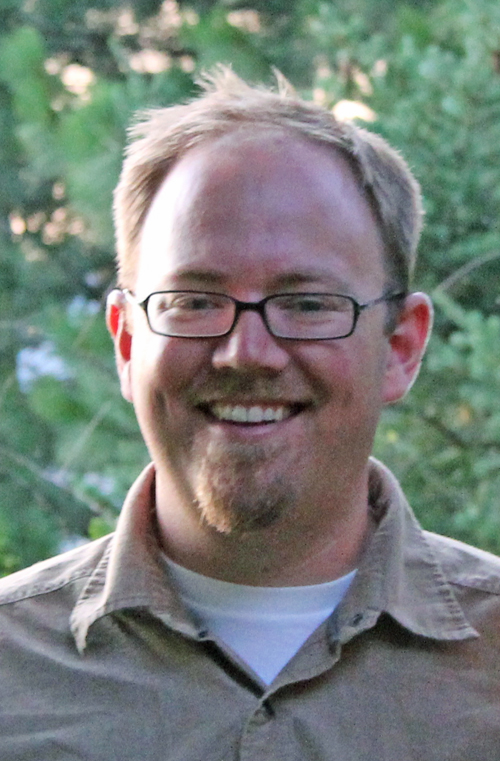 Dr. Brian Romans is an Assistant Professor in the Department of Geosciences at Virginia Tech. He received his Masters degree in Geology from the Colorado School of Mines and his PhD in Geological and Environmental Sciences from Stanford University. He then worked as a Research Scientist at Chevron Energy Technology for a few years before accepting his current position at Virginia Tech. Brian is here with us today to tell us all about his journey through life and science.

Life Outside of Science
Outside of the lab, Brian is a music fanatic! He used to play in a few bands during his school years and later learned to play piano. Brian also enjoys quality time with his family and cooking with his wife.

The Scientific Side
Brian is interested in how the earth’s surface changes over thousands to millions of years and how those changes are related to climate change and tectonics. In particular, he focuses on sediment and how it moves around the earth’s surface, being broken up and deposited.

A Dose of Motivation
“Jumping from failure to failure with undiminished enthusiasm is the secret to success.” – Savas Dimopoulos

What Got You Hooked on Science?
A guidance counselor’s recommendation, based on his skills in math and science, actually initially prompted him to pursue a career in engineering. In college, it wasn’t long before he realized that path wasn’t for him, and after a brief stint as a cultural anthropology major, he discovered his passion for geology.

The Low Points: Failures and Challenges
Getting a grant proposal declined is always difficult. Brian recently went through this all-too-familiar experience for many scientists and shared his frustrations and how he gets over the post-rejection blues.

A Shining Success!
Brian just had his first graduate student finish this past May. This has been an exciting success because the student has gone on to do great things, and it has been wonderful to reflect on the great work that they’ve done together in the lab.

Most Treasured Travel
Brian has been going down to Patagonia in the southern part of South America for about a decade now. We were enthralled by his description of this spectacular landscape and very remote place where few humans have walked.

Quirky Traditions and Funny Memories
In his PhD days, they nicknamed their advisor Obi-Wan like Obi-Wan Kenobi from Star Wars because of his unbelievable calmness and general Jedi presence. One year for the advisor’s birthday, he made a big Star Wars poster with all of the lab members heads photo-shopped over the characters faces. You might be surprised by which character was chosen to represent Brian!

Advice For Us All
Resist cynicism and try to remain positive and enthusiastic.

Guest Bio
Brian’s research is in the field of sedimentary systems analysis with specific interests in clastic sedimentology, stratigraphy, sedimentation and tectonics, deep-sea sedimentary processes, and paleoceanography. His research aims to understand sedimentation across a broad range of spatial and temporal scales using an integrated, source-to-sink approach. Brian and his students study ancient and modern sedimentary systems using outcrop, subsurface, and Earth-surface data to address geologic problems related to tectonic and/or climatic change as well as the relationship of intrinsic sedimentary dynamics to patterns observed in the stratigraphic record. Much of this research has implications for improving prediction and characterization of subsurface stratigraphy, which has led to acquiring research funding from the petroleum industry. You can learn more about Brian and his research via his blog http://clasticdetritus.com/ or by following him on Twitter @clasticdetritus.