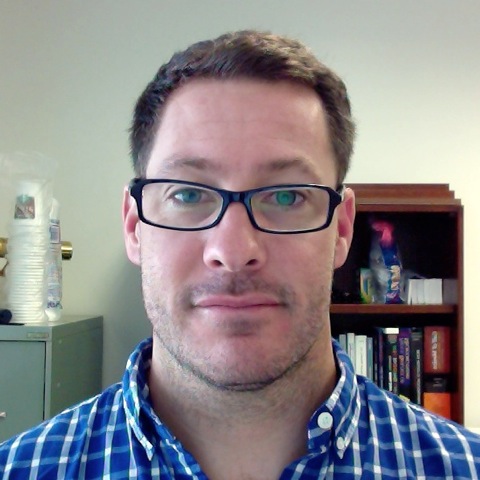 Dr. Cameron Thrash is an Assistant Professor in the Department of Biological Sciences at Louisiana State University. After completing his undergraduate studies at UC San Diego, Cameron worked as a technician at the Scripps Research Institute. He then started graduate school, receiving his PhD in Microbiology from UC Berkeley, followed by postdoctoral training at Oregon State University. Cameron is here with us today to tell us about his journey through life and science.

Cameron is a Southern California native and grew up in Orange County. He managed to complete undergraduate studies at UC San Diego in spite of being constantly tempted with beautiful weather, epic surf and easy ocean access. Afterwards, he worked as a technician for Monica J. Carson at The Scripps Research Institute on microglial gene expression during central nervous system disease. Switching gears after falling for microbes, Cameron attended UC Berkeley for graduate school and focused on traditional anaerobic microbial physiology in the lab of John D. Coates. His grad work included bioelectrochemical reduction of perchlorate- a major contaminant of groundwater in the United States- isolation of novel perchlorate reducing microorganisms, and side projects involving anaerobic oxidation of Fe(II) and U(IV). Most recently, he postdoc’d with Stephen J. Giovannoni at Oregon State University, focusing on a variety of topics on the evolution and genomics of SAR11, the most abundant marine bacteria. Cameron’s lab at LSU is now focused on a variety of projects that investigate the relationships of marine microbes and biogeochemcial cycles in the Gulf of Mexico and the southern Louisiana coast.  Outside of research, Cameron is an enthusiastic crossfitter, surfer, diver, general ocean fiend.