Listen to the Episode Below (00:55:26)
Play / pause
1x
1.5x
2x
0:00
0:00
00:55:26
volume
iTunesGoogle PlayShare Leave a ReviewClammr ItListen in a New WindowDownloadSoundCloudStitcherSubscribe on AndroidSubscribe via RSS
Sign up to receive bonus content about our guests and sneak peeks for a guest from the next week’s interviews! 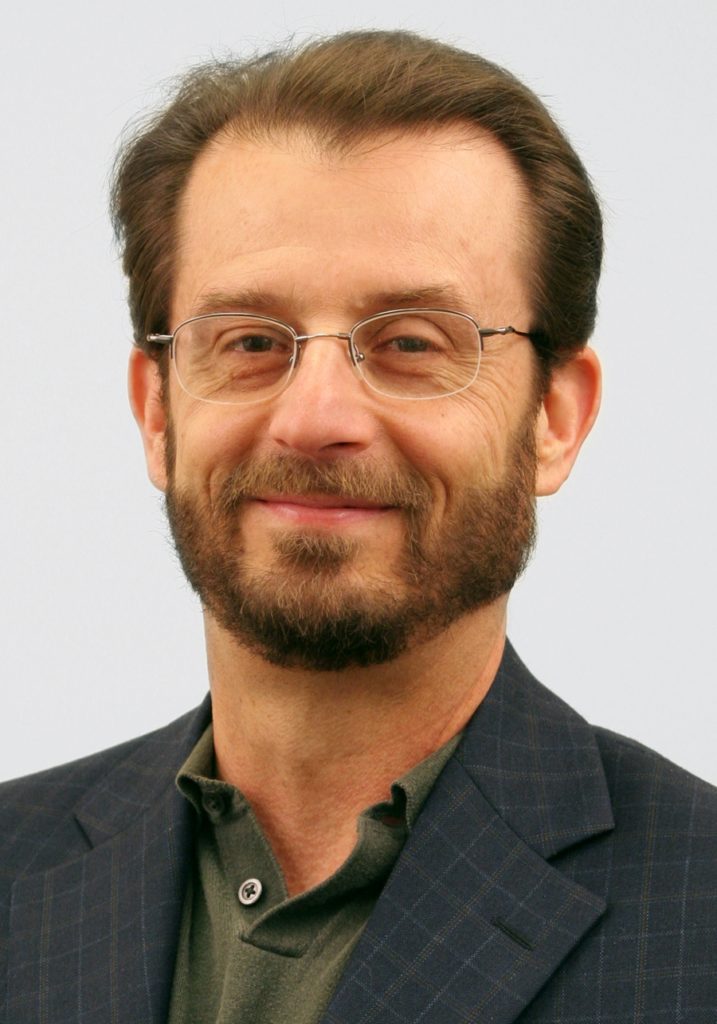 Dr. Chris Barrett is Executive Director and Professor at the Biocomplexity Institute of Virginia Tech, as well as a Professor in the Department of Computer Science at Virginia Tech. Chris received a M.S. in Engineering Science and a Ph.D. in Bioinformation Systems from the California Institute of Technology. He also earned a U.S. Navy Aerospace Experimental Psychology Post PhD certification. Before coming to Virginia Tech, Chris led a research group at the Naval Air Development Center, and he later led the Basic and Applied Simulation Science Group at the Los Alamos National Laboratory. Chris has received many awards and honors throughout his career, including Distinguished Service Awards from the U.S. Navy, Los Alamos National Laboratory, the Alliance for Transportation Research, and the Royal Institute of Technology in Stockholm. He was also named a Jubilee Professor in Computer Science and Engineering at Chalmers University in Gothenburg, Sweden. In our interview Chris tells us more about his life and science.

Life Outside of Science (2:41)
Chris lives on a small farm in the Blue Ridge area of Virginia, and the daily chores keep him quite busy. He also enjoys playing guitar and riding his motorcycle in his free time.

The Scientific Side (3:45)
At the Biocomplexity Institute, Chris and his colleagues are using computational methods to better understand our very complicated, interdependent, and multiscale world. They are studying how information is created, transmitted, and manipulated in living systems. Their goal is to take these large, multiscale, massively-interacting systems that have billions of interacting pieces and bring them into a state where people can begin to understand and make sense of them.

A Dose of Motivation (5:10)
“When you’re looking at an item’s behavior, never use a cognitive description if a simpler one will suffice.”

What Got You Hooked on Science? (13:20)
From an early age, Chris knew he wanted to become a scientist, but he wasn’t sure what kind. Chris read voraciously about prominent thought leaders and the new field of information science. He also engaged in problem-solving exercises like trying to determine how much the mountain behind his house weighed, and he was fascinated by the idea of thought. In high school, Chris took music lessons at the University of Albuquerque. After his lessons, he would venture over to the library to read about psychology and early reports on artificial intelligence. Though the material was dense, and he could hardly read it, Chris started to try to figure it out. The prospects of using rodents, mathematical models, and statistics to better understand thinking sparked his curiosity in this area of study and set him on the path to becoming a researcher.

The Low Points: Failures and Challenges (27:50)
A scientist must be resilient to face the many challenges, failures, and criticisms they will experience during their career. On one occasion, Chris and his colleagues submitted a particularly interesting math paper to a prominent journal. When they heard back from the journal, they were extremely frustrated and disappointed. Their article hadn’t been sent out for peer review, they were not permitted to re-submit it with changes, and the editor told them to send it to another journal. The criticisms were unreasonable and suggested that the editor likely didn’t read the paper. Chris asked for an opinion on the article from a distinguished mathematician who was not an author. The mathematician thought it was a great paper, and he even wrote a letter to the offending journal to highlight their likely bias against the authors. It felt good to be validated and vindicated in this manner by a respected scientist in the field who didn’t have a vested interest in their work.

A Shining Success! (33:43)
Chris and his colleagues have had many exciting successes in science. In Chris’s dissertation research using theoretical modeling in experiments with human subjects, he was absolutely astonished when the data they collected exactly matched his theory. While working at the Naval Air Development Center, Chris created a computer interface system for an airplane, and he was delighted that the finished product behaved and looked exactly as he imagined it would. Another great success was the funding of their TRansportation ANalysis and SIMulation System (TRANSIMS) project. In this project, they developed a transportation planning and decision support tool that could simulate real-time movement of people and vehicles in a city transportation network. This project was particularly exciting because it could be used to help people plan cities, and it launched their research in infrastructure studies, human behavior modeling, and artificial intelligence agent-based modeling. When Chris first came to Virginia Tech, he and his lab developed the Comprehensive National Incident Management System that provides unprecedented analytics tools for decision support for various disaster scenarios. This has also been very rewarding. A final success that Chris highlighted was their development of the Sequential Dynamical Systems and Graphical Dynamical Systems network theories. These theories are revolutionary and will be used for many years to guide research such as how supercomputing can be used in complex systems models.

Most Treasured Travel (44:51)
As part of his job, Chris has traveled to many wonderful places, including spending a fair amount of time in Sweden. The Universities there are excellent, the cities are gorgeous, and the countryside is breathtaking. Sweden is a wonderful place to visit in the winter for skiers, and in the summer it is cool to experience the endless daylight as the sun doesn’t go down. One of his fondest memories in Sweden was watching fireworks in Stockholm Harbor from the flying bridges of a ship that was anchored in the harbor. The fireworks were remarkable, and it was phenomenal to see them nearly directly overhead.

Quirky Traditions and Funny Memories (49:28)
Early in Chris’s career, he attended a scientific meeting in the Mediterranean. There was a reception held on a beautiful day on a patio overlooking the Mediterranean Sea. Chris didn’t know many people there, so he got his food, picked up what looked like an information sheet on the area, and sat down to eat. The paper was written in Italian, and he planned to take it back to translate it later. While Chris was eating a distinguished looking guest came over and tried to take the paper away. When he attempted to stop him, Chris made the embarrassing discovery that he accidently picked up someone else’s personal documents on the buffet line!

Advice For Us All (54:14)
If you’re going to do something new, you absolutely have to be resilient. The world resists new things. Science is changing all the time, and there are many problems that you will face. However, if you want to be a scientist, be a scientist.

Guest Bio
In 2014, Dr. Barrett started his current position as the Executive Director of the Biocomplexity Institute at Virginia Tech. Prior to joining Biocomplexity Institute of Virginia Tech, he lead a research group at the Naval Air Development Center focused on the integration of machine and human intelligence in naval aircraft and later was leader of the Basic and Applied Simulation Science Group at the Los Alamos National Laboratory (LANL). At LANL Barrett built up a research group active in theoretical and applied research in complex systems, particularly those related to biological and social computation, interdependent societal infrastructures, computational epidemiology and synthetic information systems. The computational work is grounded in a basic research program in mathematics, theoretical computer science and the basic science of High Performance Computing (HPC) enabled representation of very large systems in great detail. After retiring from LANL he established the Network Dynamics and Simulation Laboratory at the Biocomplexity Institute. At the Biocomplexity Institute Chris has extended the scope of informatics research in biosocial complex systems. Chris has scientific experience in simulation, synthetic information systems, computational social and psychological science, scientific computation, algorithm theory and development, network science, system science and control, artificial intelligence, biosystems analysis, decision science, cognitive science. His research is largely devoted to the development and use of large-scale, high performance synthetic information systems.