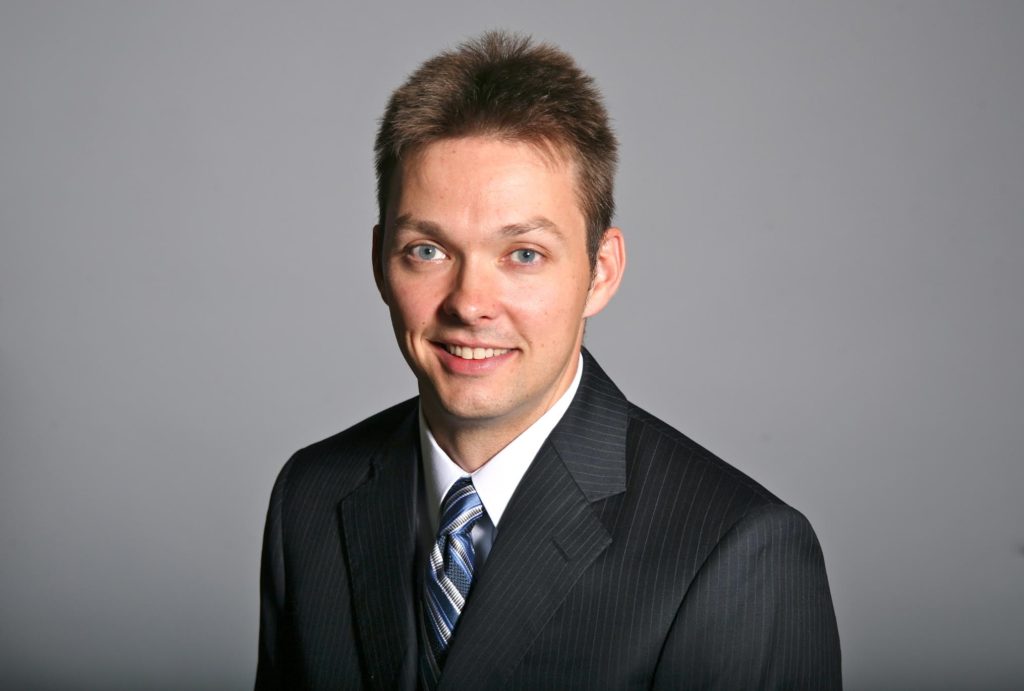 Dr. Christian Franck is an Assistant Professor of Engineering at Brown University. He received his B.S. in aerospace engineering from the University of Virginia, and went on to be awarded his M.S. and Ph.D. from the California Institute of Technology. Afterwards, Christian conducted postdoctoral research at Harvard before accepting his current position. Christian is here with us today to talk a little about his research and tell us all about his journey through life and science.

Life Outside of Science (2:02)
When he’s not working in the lab, Christian loves to spend time with his three daughters who are one, four, and six years old. They enjoy going for hikes, visiting the nearby lakes, and spending time outside.

The Scientific Side (2:42)
Christian was trained as a mechanical engineer, but later became interested in biology. His research aims to understand the roles and effects of mechanical forces in biological systems such as the human body.

What Got You Hooked on Science? (6:19)
As a kid, Christian was fascinated by airplanes. Christian remembers how building and playing with model airplanes marked the beginning of his interest in engineering (though he may not have realized it at the time). His initial plan was to pursue a career as a pilot, but as Christian progressed through college, he began to realize that careers in engineering and science would allow him to do things that he couldn’t do as a pilot. This, combined with a sub-optimal job market as he neared graduation, prompted him to pursue graduate school. While in graduate school, Christian obtained his private pilot’s license and also became captivated by the many exciting applications of engineering in the life sciences.

The Low Points: Failures and Challenges (17:29)
Christian spent 4-5 years developing a system that allows his group to image in real time how cells respond to trauma. During this time, they faced many technical challenges, including developing a 3D culture system, determining how to mimic relevant traumatic forces on a small scale, figuring out ways to keep the cells alive for long enough in the microscope, and many others. Having a strong team to help him through these challenges was key.

A Shining Success! (22:39)
Being able to secure funding to complete the above project was a major success. It is extremely difficult to get financial support for projects that will take 5-6 years, since that is longer than the allotted timelines of most funding mechanisms. However, Christian was able to connect with a person from one of their funding agencies and communicate the importance and potential applications of this project. As a result, Christian received critical support that allowed him to bring the project to fruition. It was so exciting after such a long wait to finally see the first successful footage of the real-time responses of live cells to trauma.

Book Recommendations (24:49)
The Case for Mars by Robert Zubrin

Most Treasured Travel (26:13)
During graduate school, Christian spent a month working in a laboratory in Singapore. This was a tremendous experience. The hospitality was wonderful, it was great to experience the culture, he met fantastic people that he remains friends with today, and the food was exceptional. One dish that was particularly delicious was a pan-seared skate served on a banana leaf with hot sauce.

Quirky Traditions and Funny Memories (29:07)
Scientists are regular people who do regular things. As a graduate student, Christian spent a lot of time playing soccer which was a fun way to develop camaraderie with people outside of the lab. Members of Christian’s current lab play sports like softball and soccer in their free time as well, and they get together occasionally to go bowling.

Advice For Us All (34:13)
If there is something you believe in that you think is worth pursuing, don’t give up. Also, it is an exciting time to get involved in science and engineering. It is important for us to maintain an open dialogue between scientists and the public to encourage people to be interested and curious about science.

Guest Bio
Christian Franck is a mechanical engineer specializing in cellular biomechanics and new experimental mechanics techniques at the micro and nanoscale. He received his B.S. in aerospace engineering from the University of Virginia in 2003, and his M.S. and Ph.D. from the California Institute of Technology in 2004 and 2008. Dr. Franck held a post-doctoral position at Harvard investigating brain and neural trauma before beginning his appointment at Brown in 2009. His lab at Brown has developed unique three-dimensional full-field imaging capabilities based on confocal microscopy and digital volume correlation, which can deliver quantitative descriptions of cellular surface traction and mechanical properties in soft materials in all three dimensions. His lab uses these three-dimensional microscopy techniques to understand specific problems ranging from the migration mechanisms in neutrophils to the injury evolution of neurons in traumatic brain injury.