Listen to the Episode Below (00:41:53)
Play / pause
1x
1.5x
2x
0:00
0:00
00:41:53
volume
iTunesGoogle PlayShare Leave a ReviewClammr ItListen in a New WindowDownloadSoundCloudStitcherSubscribe on AndroidSubscribe via RSS
Sign up to receive bonus content about our guests and sneak peeks for a guest from the next week’s interviews! 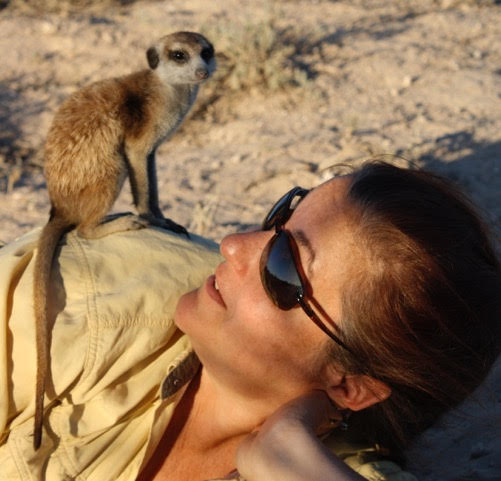 Dr. Christine Drea is the Earl D. McLean Professor of Evolutionary Anthropology, as well as Professor in the Department of Biology, the University Program in Ecology, and the Duke Institute for Brain Sciences at Duke University. Christine completed her undergraduate training in zoology at the University of Maryland College Park. She earned her M.A. and Ph.D. degrees in psychobiology from Emory University. Afterwards, Christine conducted postdoctoral research in physiology at the Morehouse School of Medicine, and subsequently she was awarded a National Institutes of Health National Research Service Award postdoctoral fellowship in psychology to conduct research at the University of California, Berkeley. Next, Christine served as a lecturer at UC, Berkeley before joining the faculty at Duke University. At Duke, she has been awarded the Thomas Langford Lectureship Award for the appeal of her research to an interdisciplinary audience and her embodiment of Langford’s dedication to teaching, research, and service. In our interview, Christine shares more about her life and science.

Life Outside of Science (2:29)
Christine’s hobbies outside of science include gardening, playing and walking with her two dogs, and traveling.

The Scientific Side (3:26)
Research in Christine’s lab examines animal behavior from an integrative perspective. She and her colleagues are investigating the genetic, behavioral, cognitive, sensory, and endocrine mechanisms involved in social interactions and communication in socially complex animals. Christine focuses primarily on female-dominant species such as hyenas, lemurs, and meerkats.

A Dose of Motivation (4:26)
For Christine, motivation comes from her fascination with the animals she is studying. Her research questions are focused on animals she finds particularly interesting and unusual.

What Got You Hooked on Science? (6:53)
Christine spent most of her childhood living and traveling overseas with her family. Her father was a research entomologist who studied insects that could be used to control pests. As a result, Christine was immersed in science and research from an early age. She often accompanied her father on collection outings and helped devise ways to collect different insects and their parasites. The trips their family took were always geared towards the outdoors and were not typically spent in popular tourist destinations. Through these early experiences, Christine became interested in animals, their interactions, communities, and ecosystems. In particular, Christine was fascinated by the large, furry animals she encountered during her travels, particularly those in Africa. Despite this early interest in the natural world, Christine wasn’t really sure what she wanted to do for her career. She enjoyed participating in field research as an undergraduate student, and she discovered afterwards that she didn’t prefer traditional biomedical laboratory science. Exploring these different options helped Christine decide to pursue graduate school and an academic career studying social interactions in mammals.

The Low Points: Failures and Challenges (19:51)
An unprecedented drought occurred while Christine and her team were conducting a field research project studying meerkats in the Kalahari Desert. They had spent so much time and effort to get the grant to fund the research, have their team travel across the world to get to the research site, learn about the animals, and begin the study. The goal of the project was to understand hormonal mechanisms that underlie female dominance in meerkats. To do this, they planned to study hormones and behavior in pregnant mothers and their offspring, following the offspring from birth to adulthood. Everything seemed to be working great until the drought began. In the first year Christine was there, only one meerkat pup managed to survive. This was a major setback in their research, and it was emotionally difficult to see all of the animals around them dying of starvation during the drought. Despite the difficult situation, they were able to collect interesting data that shows how the meerkats changed their reproductive behavior in response to the drought.

A Shining Success! (24:13)
In her research on hyenas, Christine and her lab members helped resolve a question that has been puzzling naturalists and evolutionary biologists for many years. Female spotted hyenas have highly masculinized external reproductive structures that are not ideal for giving birth. Why and how these structures developed and have persisted has been a mystery. They hypothesized that the structures form because female hyenas are exposed to high levels of testosterone during fetal development. Evolutionarily, it was hypothesized that androgens like testosterone were selected for due to their effects on dominance behavior. Aggressive dominance behavior is important for ensuring females and their pups have access to food in their communal hunting groups. Christine’s experiments blocked androgens while female hyenas were pregnant, and this did not substantially change the morphology of the external reproductive structures. These results suggested that both genetic and endocrine mechanisms work together to produce these structures.

Book Recommendations (29:22)
A Prayer for Owen Meany by John Irving

Most Treasured Travel (30:15)
Namibia holds a special place in Christine’s heart. In Namibia, she has conducted research on brown and spotted hyenas, as well as assisted a colleague working on lions and leopards. Christine even had an opportunity to work behind the security lines in southern Namibia on the property of the De Beers diamond mines. This area has been closed off to the public for over 100 years, and it contains the longest stretch of protected coastline in the world. It was amazing to be able to see a part of the world that so few people have had a chance to see. The flora and fauna are remarkable, the weather is extreme, and the terrain is rugged. Christine is fascinated by the plants and animals that manage to survive in the inhospitable desert landscapes there.

Quirky Traditions and Funny Memories (33:14)
Christine really appreciates the contributions of the undergraduate students, graduate students, and postdoctoral fellows in her laboratory. She has enjoyed building her lab and forming a community of people with shared interests with whom she can do research, go into the field, and travel. During one of the lab’s trips to the Kalahari Desert, the team spent most of the trip working long, hard days. However, they managed to take a break one day to go on a safari adventure in Botswana. It was really fun to get the group together and watch the animals.

Advice For Us All (38:07)
Listen to the data. Interesting findings in science come from listening to what the results are telling you, rather than trying to make the data fit with how you think something should work. Try to be true to the questions that are of interest to you. Be fearless and resolute in pursuing your dreams. Also, don’t lose sight of your dreams in a field that can be laden with delayed gratification.

Guest Bio
Christine’s research interests are in the mechanisms, development, function, and evolution of animal behavior, with a focus on exceptional mammals, including hyenas, lemurs, and meerkats. The general premise driving this selection is that unusual species test our understanding of normal processes and function as ‘experiments of nature.’ Her team’s current work, conducted in parts of Africa and at the Duke Lemur Center in North Carolina, is centered on the role of androgens in female dominance and aggression, the neuroendocrine mediators of social bonding and cooperation, the evolution of chemical communication, and the symbiotic relationships between an animal host and its self-contained microbial communities. A passion for wildlife and wild spaces fuels teaching, mentoring, and public outreach aimed at encouraging curiosity about and appreciation of the world around us, as well as activism in support of nature conservancy. Service within the academy is focused on improving diversity and achieving equity in the workplace. Outside of work, Christine enjoys time with her hound dogs, gardening, travel to remote locales, and various outdoor activities (if time would permit, scuba diving would be a renewed priority).