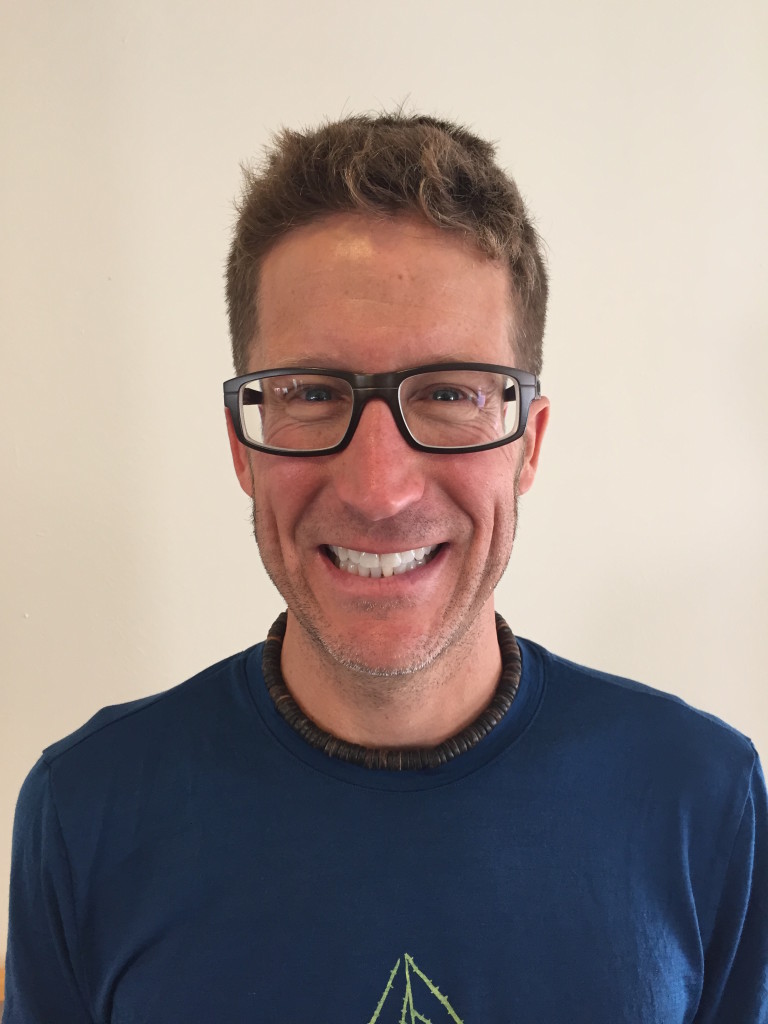 Dr. Chris Lortie is an Associate Professor in the Department of Biology at York University. He received his B.Sc. in Biology, Bachelor’s of Education, and master’s degrees from Queen’s University and was awarded a PhD in Botany from the University of British Columbia. Chris conducted postdoctoral research at Sonoma State University, as well as UC Berkeley and the University of Montana before joining the faculty at York University where he is today. Chris is here with us today to tell us all about his journey through life and science.

Chris can often be found bright and early hitting the trails for a morning run. He also spends his free time hanging out with his two children who are 3 and 7 years old.

The Scientific Side (02:42)
Scientifically speaking, Chris is an ecologist who studies interactions in the natural world. He examines how plants and animals interact, as well as how these organisms interact with their environments. In addition, Chris works to apply concepts from ecology to other systems of interest.

A Dose of Motivation (03:55)
“Ecology can be likened to a curious and obstinate child determined to sample and explore life on her own unconventional terms.”

What Got You Hooked on Science? (09:02)
Growing up, Chris spent his summers at his grandparents’ farm where he fondly remembers running around the farm, swimming in ponds, fishing in the creek, and enjoying his exploration of the natural world. In middle school, he had a particularly inspiring biology teacher who encouraged the class to embrace the complexity of the natural systems around them. Later in his career, Chris considered leaving science to teach English overseas, but he ultimately chose academic research because he was excited to have the opportunity to teach and to engage in creative scientific endeavors.

The Low Points: Failures and Challenges (18:30)
About three years ago, Chris faced a major personal struggle when members of his family passed away. He also received a difficult diagnosis of skin cancer around the same time. This was a lot to cope with, but it reminded Chris how precious the people in his life were and how he should take advantage of the time he has.

A Shining Success! (20:18)
Making it through the above personal struggles helped Chris reframe how he thought about aspects of research and citizen science. As a result, he found ways to directly use his research to form partnerships with organizations like the Bureau of Land Management in California and the Nature Conservancy. Doing research in these beautiful places assigns additional value to these systems, helps promote them, and gives people even more reasons to care about preserving these places. It was a big win for Chris to find a way to provide value through his work for places he cared deeply about.

Most Treasured Travel (33:37)
Chris conducted research during his PhD in the Negev Desert in Israel. Each year, his supervisor would come to visit and they would work really hard together to wrap up the field season. Afterwards, they would celebrate by going on adventures to different places in the Middle East. They were hiking through the desert on one of these trips, and they were surprised to run into Vindyl Jones who is well known for searching the world for Biblical artifacts. He is thought by some to be the inspiration for the character Indiana Jones. It was an amazing and funny experience.

Quirky Traditions and Funny Memories (37:20)
Chris was invited to join a working group with a several established scientists in his field. They coined themselves the “Alpine Pals” and have gone on many adventures to the tops of mountains in search of positive interactions between plants. They have developed many fantastic traditions over the course of their years together visiting Mexico, Spain, Patagonia, and other destinations across the globe. He recalls many nights spent packed together in small rooms being lulled to sleep by the sonorous snores of his comrades, as well as the headaches and hilarity of extended high altitude hiking.

Advice For Us All (45:30)
Learn how to write, and remember that it’s okay to add a little bit of personality and humor when you write. Most importantly of all, do what you love.

Guest Bio
Chris is an integrative scientist with expertise in community theory, sociology, and quantitative methods.  Collaboration and networks are central to his research both conceptually and internationally.  As such, his empirical research involves biogeographical comparisons of many forms of community dynamics (plants, animals, & people).  A significant component of his current environmental science research includes restoration & management.  Chris actively pursues new challenges and creative opportunities in science. He has published over 200 scholarly products to date including 120 peer-reviewed publications, 51 datasets, 38 non-refereed conference proceedings, 6 book chapters, and numerous open-science products such as slide decks, figures, videos, and blog commentaries.  Chris has also been a distinguished visiting professor in Japan, France, Spain, and South America.  Publicly, he has spoken at GLIMPSES and other conferences associated with open science, big data, and the value of putting ecology (and humanity) into the work we do in other human pursuits outside science.