Listen to the Episode Below (00:47:57)
Play / pause
1x
1.5x
2x
0:00
0:00
00:47:57
volume
iTunesGoogle PlayShare Leave a ReviewClammr ItListen in a New WindowDownloadSoundCloudStitcherSubscribe on AndroidSubscribe via RSS
Sign up to receive bonus content about our guests and sneak peeks for a guest from the next week’s interviews! 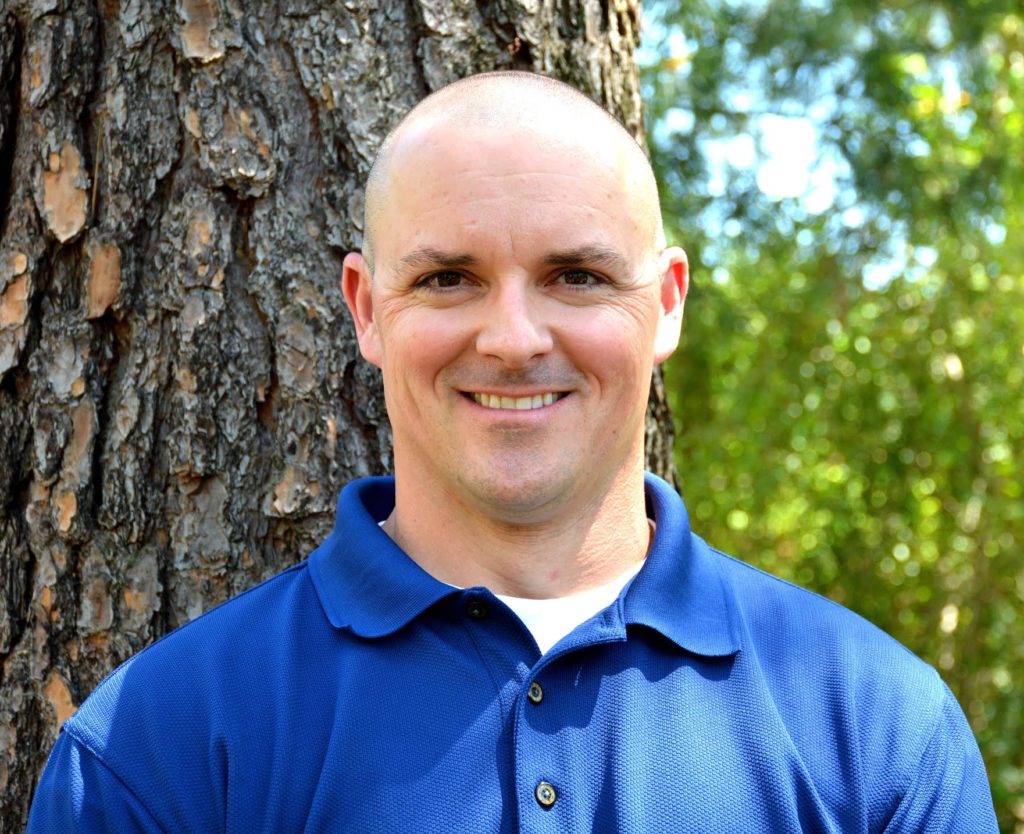 Dr. Dave Coyle is a Forest Health Specialist with the The Southern Regional Extension Forestry (SREF) Forest Heath Program. He received his undergraduate training in Biology from Luther College. After receiving his M.S. in Entomology and Forestry from Iowa State University, David worked as a Biological Science Technician for about four years with the USDA Forest Service. He was awarded his PhD in Entomology from the University of Wisconsin, Madison and conducted postdoctoral research at the University of Georgia before accepting his current position. David is here with us today to talk a little about his research and tell us all about his experiences in life and science.

Life Outside of Science (2:02)
Dave spends a lot of his free time with his family, including his two children who are one and three years old. They enjoy hanging out together after work during the week and doing fun weekend activities like going to the zoo. He’s also been trying to incorporate more time to exercise.

The Scientific Side (3:11)
In the Southeast region of the United States, there are many trees, and forestry is a big part of the economy. Whenever someone has a problem with their trees, they call a forest specialist to help diagnose what’s happening and how to fix the problem. Dave helps train these forest specialists so they have the knowledge and skills to serve the people who need their help.

A Dose of Motivation (4:33)
“If you work hard, you get rewarded.”
“The more you have on your plate, the better you are at time management.”

What Got You Hooked on Science? (6:57)
Growing up in a small farm town in Minnesota, Dave spent a lot of time outdoors. His parents were hard workers who supported his interest in the natural world, including his early fascination with insects. Though his passion for science cooled during high school, the spark was reignited in college when Dave had the opportunity to work with a fantastic advisor who taught entomology and studied insects. At the age of seven, Dave had written about his aspirations to be an entomologist in his journal, and he has gone on to make that dream a reality.

The Low Points: Failures and Challenges (19:08)
For Dave, searching for a job after his postdoc was one of the hardest times. He had built up the traditional tenure track faculty position so high in his mind, and it took him a little while to come to accept that this wasn’t what he was going to do. Another challenge Dave still faces today with his outreach work is that people expect him to know everything about everything. This includes many areas of entomology and general biology that he has never studied. Dave works hard though to continue broadening his knowledge base to answer the tough questions people may ask.

A Shining Success! (23:38)
This past year was the first full year Dave spent in his current position, and during that time he held some workshops to train people who work for the Texas Forest Service and the South Carolina Forestry Commision. He requested feedback at the end and got pretty standard responses. However, when he talked to people from the organizations afterward, he discovered that the attendees had passed on some really wonderful compliments about him and his workshops. This was really fulfilling and gave Dave a great sense of validation that he was doing well in his job.

Most Treasured Travel (30:11)
David has had the opportunity to travel to Scotland twice to work with a research collaborator, and this has been his favorite overseas travel destination. It was cool to see the land where his ancestors came from, and the scenery was absolutely beautiful. Dave has also been impressed by the stunning beauty of the Southeastern United States. He drives a lot for his work and gets to see many off-the-beaten-path places. The Appalachian Mountains and the lowlands of the Gulf Coast are especially picturesque.

Quirky Traditions and Funny Memories (34:47)
Most of Dave’s quirky traditions are food-based. When he’s out working in the field, he eats a lot of bagged lunches, so having an opportunity to eat out is a big deal. Dave has spent some time working at the Savannah River Site, and there is a little town nearby with a BBQ place called Duke’s BBQ. He plans his sampling days on Thursday or Friday because those are the only days of the week that Duke’s BBQ is open. In fact, Dave and his colleagues started a little black book of hole-in-the-wall BBQ places from their travels, complete with a rating scale of 1-3 pigs.

Advice For Us All (42:27)
You have to be happy, and you should do what you’re good at. Don’t try to be something you’re not. Maintain balance between your work and your life. You need to have a life and spend time away from your work. You’ll be more productive at work if you’re not working all the time. Believe in yourself and take chances.

Guest Bio
During his undergraduate and M.S. studies, Dave examined insect management in intensively-managed poplar trees. He then went on to work for the USDA Forest Service as a technician in charge of a 60-acre research study looking at the impacts of water and nutrient resources on tree growth, production, and nitrogen use, during which he conducted research on pest management in these systems (poplar, loblolly pine, sycamore, and sweetgum). Dave’s PhD research focused on the impacts of invasive root-feeding weevils on sugar maple seedling dynamics in the Upper Peninsula of Michigan. This included a lot of work on root herbivory. His postdoctoral training was spent at the University of Georgia working on southern pine health (including southern pine beetle, root-feeding beetles, root fungi), but also dabbling in oak defoliators and white pine pests in the Appalachians. Currently, Dave runs a regional forest health and invasive species program in which he provides education and training for state and county-level foresters and extension personnel on all manners of forest health, including insects, fungi, plants, and general management (e.g. siliviculture, soils, climate, etc.). Dave also serves on the Board of Directors for the North American Invasive Species Management Association and the Georgia Exotic Plant Pest Council. In addition, he is on the Advisory Committee for the Southern IPM Center. Dave is originally from a small farming community in Minnesota called Harmony, and he now lives near Athens, Georgia with his wife and two young sons.