Listen to the Episode Below (00:42:46)
Play / pause
1x
1.5x
2x
0:00
0:00
00:42:46
volume
iTunesGoogle PlayShare Leave a ReviewClammr ItListen in a New WindowDownloadSoundCloudStitcherSubscribe on AndroidSubscribe via RSS
Sign up to receive bonus content about our guests and sneak peeks for a guest from the next week’s interviews! 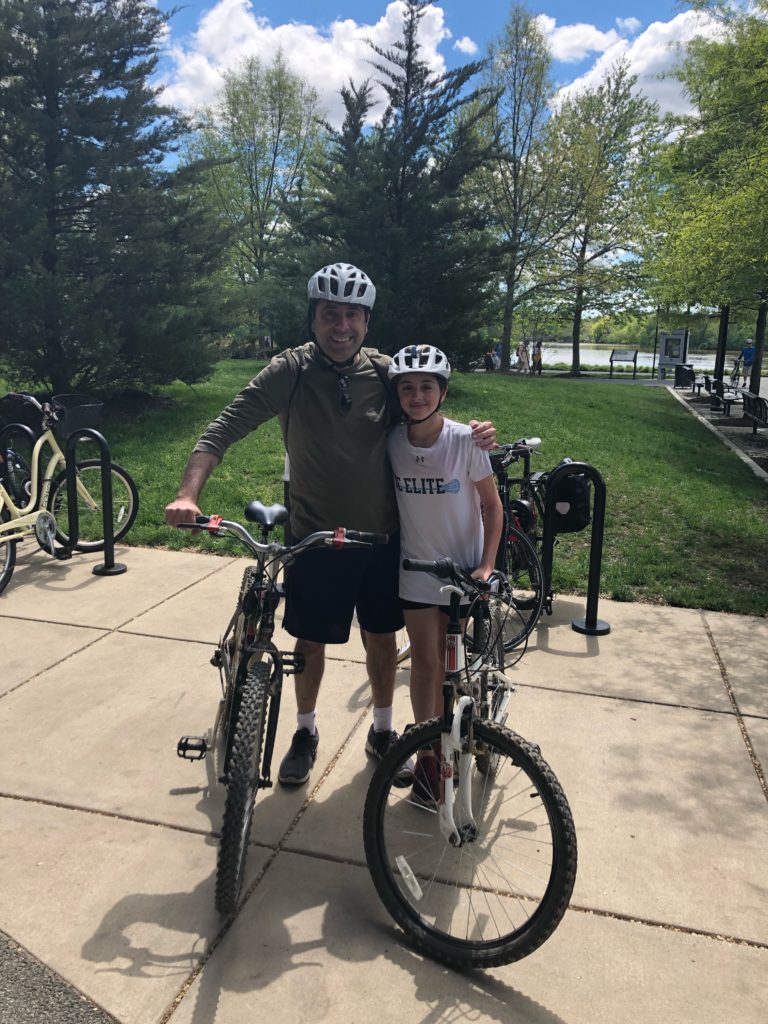 Dr. David Berman is Head of Research and Development at Immunocore, a leading T cell receptor biotechnology company. He received his bachelor’s degree in biology from the Massachusetts Institute of Technology. Afterwards, David was awarded his PhD under the mentorship of Dr. Alfred Gilman (Nobel Prize 1994) and his MD from the University of Texas Southwestern Medical Center at Dallas. He completed his Residency in Anatomic Pathology at the National Cancer Institute and a Fellowship in Pathology at The Johns Hopkins University School of Medicine. David then began his 10-year tenure at Bristol-Myers Squibb, where he held various senior development roles in immuno-oncology. He then spent three years in immuno-oncology leadership positions at MedImmune and AstraZeneca. In our interview, David shares more about his life and science.

Life Outside of Science (2:24)
Much of David’s time outside of work is spent driving his daughters to their soccer and lacrosse games and watching them play. He also enjoys cycling with his family and thought-provoking solo cycling outings.

The Scientific Side (3:38)
David and his team are working on new therapies to train the immune system to recognize and kill cancer. This approach to treating cancer is called immunotherapy. Immunocore is taking a novel approach to immunotherapy by leveraging the mechanisms used by T cell receptors to identify indicators of cancer within cancer cells.

A Dose of Motivation (6:34)
“I’ve missed more than 9,000 shots in my career. I’ve lost almost 300 games. 26 times, I’ve been trusted to take the game winning shot and missed. I’ve failed over and over and over again in my life. And that is why I succeed.” – Michael Jordan

What Got You Hooked on Science? (11:40)
David was born in South Africa, and he lived there until he immigrated to the U.S. with his parents when he was 7 years old. David’s parents were both trained as physicians and helped instill a love of science and medicine in him. When David was about 10 years old, his father would give David a white coat, take him on rounds, and introduce him to patients as one of his fellow doctors. David was always terrified that the patients would believe his dad and think he was a doctor too. There was an expectation within the family that David would also pursue a career in medicine. He ultimately decided to get an MD and PhD to combine his love of science and his desire to treat patients.

The Low Points: Failures and Challenges (20:31)
In graduate school, David joined Dr. Al Gilman’s lab just three months before Dr. Gilman was awarded the Nobel Prize. The lab was relatively small, and everyone in their group was working on really cool experiments that were generating interesting results. David was the exception. He tried experiment after experiment, and all of them failed or produced meaningless results. He felt incredibly discouraged and began to wonder if research was the right career path for him. About a year later, a visiting scientist presented a fascinating seminar to Dr. Gilman’s lab. David missed the seminar because he was stuck in the lab trying to do yet another experiment that failed. The next day, his labmates were talking about the discovery of a new class of proteins with an unknown mechanism that the scientist had discussed the day before. Everyone wanted to work on this new area of research. David approached Dr. Gilman and asked if he could try to determine the mechanism of the proteins, and Al agreed. Within three months, David successfully identified the mechanism of the proteins. He was able to finish the project before other competing laboratories, publish a few high profile papers, and complete his PhD in only three years. The secret to David’s success was that he had failed so much in that first year that he had learned how to do all the potentially useful techniques and experiments before starting this new and exciting project.

A Shining Success! (23:40)
When David started working at Immunocore about 8 months ago, he asked to see the translational biomarker data they had generated for their for their potential immunotherapy treatment for melanoma of the eye. There were a lot of data and many samples from patients collected before and after treatment that were just beginning to be analyzed. This was really exciting because David had spent 18 years working on biomarkers, mechanisms of action, and analysis of patient samples. In his time working on immunotherapies, David had seen many changes in cytokines and T cells after patients received immunotherapy, but he had never been able to link these changes to important outcomes like survival and tumor shrinkage. With the data collected, David and the team were able to determine a mechanism of action for how changes occurred when their therapeutic was administered. They were also able to take it a step further to show that there was a strong association between these changes and patients’ survival and shrinking of their tumors. This was a thrilling win for the team. They are publishing the data now and are looking forward to designing a follow-up prospective study to confirm their findings.

Book Recommendations (27:24)
Flatland: A Romance of Many Dimensions by Edwin Abbott

Most Treasured Travel (30:20)
The city of Oxford in the United Kingdom is home to Immunocore’s company headquarters, and David has been fortunate to visit the city frequently. Oxford is incredibly beautiful and historic. While visiting the old colleges there, you stumble across plaques from the 1500s and 1600s, and there is remarkable scientific history tied to this city. For example, one of the blackboards used by Einstein during a lecture has been preserved for visitors to admire. Chicago is another city that holds many fond memories for David. Every year the American Society of Clinical Oncology (ASCO) holds a conference in Chicago, and it is a wonderful opportunity to catch up with old friends in the field and enjoy excellent scientific discussions.

Quirky Traditions and Funny Memories (33:08)
During college at MIT, David worked as an undergraduate researcher in a lab on campus. It was a tradition for the scientists there to participate in a weekly beer hour on Friday where they would catch up, talk about what they were working on, and share ideas. This informal gathering was great for developing new ideas, sparking interesting science, and building camaraderie. The weekly social event was important enough that everyone took time away from their busy work to participate. Currently at Immunocore, company employees participate in a variety of group volunteer activities to spend time getting to know each other and supporting their local communities.

Advice For Us All (38:56)
When you are looking to make a career decision, never make it based on power, the number of people who will report to you, your title, or the pay/compensation. Those reasons may sound good, but they are the wrong reasons to choose a new job. You should choose your job based on what is personally important for you in your career. Also, it is important to treat everyone in your workplace with respect and to make sure they feel like they are part of the journey towards achieving the organization’s mission.

Guest Bio
Throughout his career, David has worked on immuno-oncology programs at all stages of development, including leadership roles in developing four approved biologics. In addition to the development of CTLA4 and PD1/L1 checkpoint inhibitors, David’s experience includes developing a wide range of novel immuno-oncology targets and combinations as well as translational medicine focused on their mechanisms of action. At Immunocore, he is focused on advancing the company’s growing pipeline of T cell receptor candidates through clinical development. Outside of work, David is an avid cyclist. In fact, David does his best thinking during his rides and will frequently pull over to write down a thought or send an email to a colleague. He also enjoys his quality time with his family and particularly enjoys watching his daughters play soccer and lacrosse. David, his wife, and two daughters live in Maryland.