Listen to the Episode Below (0:41:34)
Play / pause
1x
1.5x
2x
0:00
0:00
0:41:34
volume
iTunesGoogle PlayShare Leave a ReviewClammr ItListen in a New WindowDownloadSoundCloudStitcherSubscribe on AndroidSubscribe via RSS
Sign up to receive bonus content about our guests and sneak peeks for a guest from the next week’s interviews! 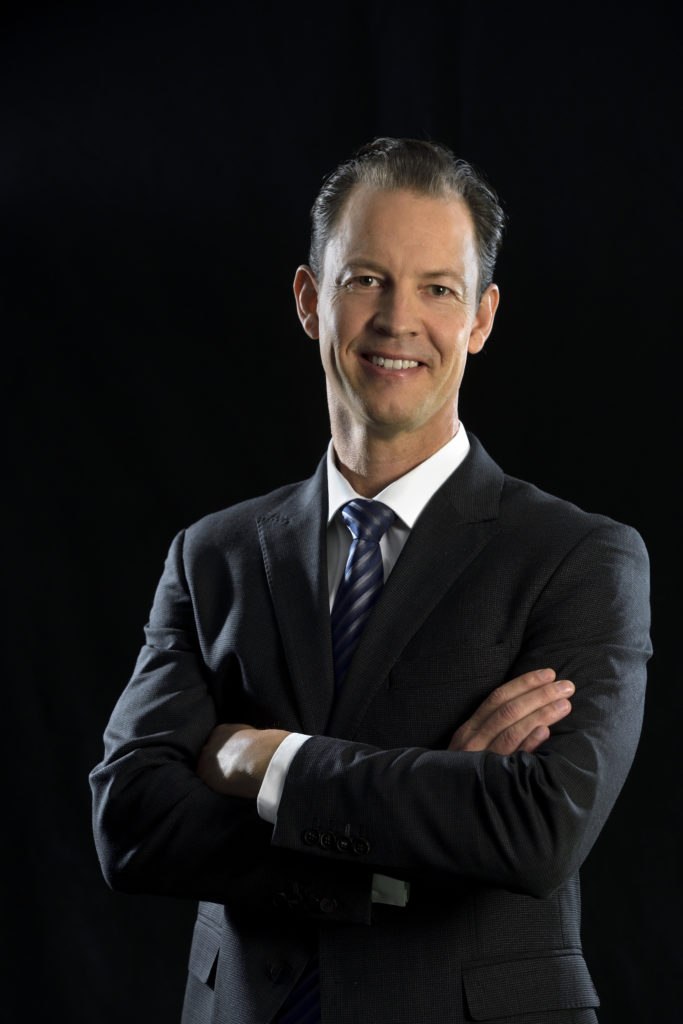 Dr. Dylan Edwards is Director of the Moss Rehabilitation Research Institute (MRRI) as well as an Institute Scientist and Director of the Human Motor Recovery Laboratory there. In addition, he is Professor of Neuroscience at Edith Cowan University in Australia, and Faculty at Harvard Medical School’s Continuing Medical Education Program in Transcranial Magnetic Stimulation. Dylan received a B.App.Sci. degree with a focus in exercise physiology from Edith Cowan University in Australia and a B.S. degree in Physical Therapy from Curtin University of Technology in Australia. He was awarded his PhD in clinical neurophysiology at the Centre for Neuromuscular and Neurological Disorders at the University of Western Australia (now the Perron Institute for Neurological and Translational Sciences), and he conducted postdoctoral research there afterwards. Prior to joining the team at MRRI, Dylan served as Director of the Non-Invasive Brain Stimulation Laboratory at Burke Neurological Institute, and was Associate Professor of Clinical Neurophysiology at Weill Cornell Medicine in New York.

Life Outside of Science (2:40)
When he’s not at work, you can find Dylan hanging out with his family, enjoying fantastic food, playing the guitar, observing nature, traveling, and thinking about the future of technology and human civilization. He stays active through running and hitting the waves at his favorite surfing destinations around the world.

The Scientific Side (4:16)
Dylan is currently balancing multiple roles including leading a talented team of scientists at MRRI, conducting research in his laboratories, sharing his expertise to assist organizations and policymakers, and communicating his work to professional and lay audiences. In his research, Dylan studies the recovery of movement following damage to the nervous system that may occur after stroke or spinal cord injury. He and his team use rehabilitation robots to assess and train motor function. They also apply noninvasive stimulation to test the circuitry of the nervous system and as an experimental treatment to augment function.

A Dose of Motivation (6:28)
“I am the master of my fate. I am the captain of my soul.” from Invictus by William Ernest Henley

What Got You Hooked on Science? (9:56)
When Dylan began studying exercise physiology and physical therapy in college, he never envisioned that he would become a scientist. His interest in research was piqued in the early 1990s when he was invited to be involved in a project using a technique called transcranial magnetic stimulation (TMS) that could test the connection between the brain and muscles. In this project, they examined the representation of skilled muscles in elite racket players to see if there were differences between the dominant and non-dominant hands, as well as between the elite athletes and other healthy adults. This research experience led Dylan to think more deeply about the potential clinical applications of brain stimulation and the importance of motor control and skilled movement in people with damage to the nervous system. He decided to embark on further training to study clinical pathophysiology, understand the basis of clinical symptoms observed in clinical populations, and determine how to address those symptoms. Over the years that followed, Dylan worked hard, made the most of the opportunities that arose, and pursued high-impact projects that could help the medical community.

The Low Points: Failures and Challenges (19:56)
In a recent clinical trial, Dylan and his team predicted that chronic stroke patients with a residual arm weakness would experience sustained improvements in arm function after participating in several months of intensive training with rehabilitation robots. They also hypothesized that supplementing rehabilitation robot training with brain stimulation would result in greater improvements. They conducted this clinical trial with a large number of participants, and it was a lot of work over many years. In the end, the results were not what they expected. They were disappointed to discover that there was no added benefit of brain stimulation when applied prior to the robot training sessions. While this aspect of the study was a failure, the team still learned a lot. On average, the patients responded well to both the rehabilitation robot training and the brain stimulation, and both therapies were well-tolerated. Further, participants experienced meaningful improvements in arm function with intervention that was sustained for six months after the intervention, and the team was also able to shed light on biomarkers for predicting how participants may respond to therapy.

A Shining Success! (23:59)
Dylan and his colleagues have developed a noninvasive stimulation technique called spinal associative stimulation that can change the excitability of the spinal cord to make it more responsive to be able to activate muscles. Their research has shown that with a short period of this noninvasive stimulation, they can modify the excitability of the spinal cord in healthy adults. These results are promising, and Dylan’s group is now in the early stages of examining potential clinical applications. In people with spinal cord injury, there is typically some degree of the pathway from the brain to the muscles that remains intact. Unpublished data from Dylan’s lab confirms that they can use spinal associative stimulation to make the pathway from the spinal cord to the muscles more responsive in people with spinal cord injury. This means that weak signals descending from the brain may have more ability to activate muscles in these patients. They are now focusing on how to use the residual connectivity to create a meaningful measure of voluntary motor function in people with spinal cord injury. For now, their preliminary results are a small win, but this work has the potential to have substantial meaningful impact in the future.

Book Recommendations (27:32)
The Professor and the Madman: A Tale of Murder, Insanity, and the Making of the Oxford English Dictionary by Simon Winchester; Guns, Germs, and Steel: The Fates of Human Societies by Jared M. Diamond; The Little Prince by Antoine de Saint-Exupéry; and The Prince by Niccolò Machiavelli

Most Treasured Travel (30:34)
Dylan had a phenomenal experience working at the Guttmann Institute in Barcelona. This premier rehabilitation institute is located high on a hill on the periphery of the city, and it was remarkable to be completely immersed in the culture there. Dylan lived in the Gothic Quarter of Barcelona, and the architecture was stunning. While there, he enjoyed sampling the local tapas, listening to classical guitar concerts, walking along the Mediterranean, and running through the hills surrounding Barcelona.

Another memorable destination for Dylan was Rio de Janeiro. He had the opportunity to visit the city through work with the State University there. The university provided housing on Leme Beach which is at the northern end of Copacabana Beach. It was amazing to experience the natural beauty of this fantastic beach surrounded by mountains. When in Rio de Janeiro, Dylan recommends taking a drink from a fresh coconut, soaking up the sun, and exploring outside the city.

Quirky Traditions and Funny Memories (33:12)
As an expert on noninvasive brain stimulation, Dylan has had various opportunities to teach and demonstrate transcranial stimulation techniques. On one occasion, Dylan was providing a demonstration for a famous surgeon in Australia who was interested in the technique. These demonstrations are really striking to watch. The operator holds a wand next to one side of a person’s head, you hear a clicking sound, and then the hand on the opposite side of the person’s body starts to move involuntarily. Dylan began the demonstration, but the surgeon had no response. The brain stimulation didn’t seem to have any effect, and to this day, Dylan still isn’t sure why. It was definitely an awkward moment, but Dylan can laugh about it in hindsight.

Dylan’s lab enjoys being creative in their science, but that creativity also carries over to other areas of life in the lab. They had a Halloween party one year where they decorated the lab with ghosts and other Halloween characters. To take the decor to the next level, the lab members added brain stimulation instruments and other research-related accessories. It looked hilarious, and the party was a lot of fun.

Advice For Us All (38:24)
If you work hard, work smart, consider your environment, anticipate changing trends, be conscious of your fellow humans, think big, and take calculated risks, then you can achieve great things and enjoy the passing of time. Don’t always follow what everyone else is doing. Make sure to think deeply from a balanced perspective, and follow your instincts. Also, try to underpromise and overdeliver. Remember that life and science are like a marathon. There will be hills and headwinds, but keep being productive and moving forward. Keep in mind that it is easy to be busy, but it is difficult to focus on things that really matter. Try to step back and focus on what is most important. If you want to do something, and it is humanly possible, ask yourself “why can’t I do it?” because perhaps you can.

Guest Bio
Dylan’s main research interests focus on understanding and promoting neuroplasticity following neurological injury (stroke, spinal cord injury, and traumatic brain injury), and in particular, using controlled physical rehabilitation (robotics) combined with noninvasive brain stimulation of motor areas. He has a broad background and experience in clinical and basic neuroscience, as well as physical rehabilitation. Dylan’s research uses established and developing technologies to understand control of human voluntary movement and functional recovery following neurological damage. Existing strategies to enhance motor function following stroke are suboptimal, leaving patients with considerable disability. A greater understanding of motor recovery, refinement of existing strategies, and development of new methods is warranted. For example, robotic movement devices represent the most sophisticated interactive rehabilitation systems available, and they are additionally appealing for their ability to quantify various aspects of movement. Further, transcranial magnetic stimulation (TMS) is an accepted tool to probe changes that might occur with training; however, Dylan and his team are also studying how noninvasive brain stimulation through TMS or transcranial direct current stimulation (tDCS) can be used as a promising neuromodulation method to prime the brain for the activity-dependent plasticity induced by training.