Listen to the Episode Below (00:39:10)
Play / pause
1x
1.5x
2x
0:00
0:00
00:39:10
volume
iTunesGoogle PlayShare Leave a ReviewClammr ItListen in a New WindowDownloadSoundCloudStitcherSubscribe on AndroidSubscribe via RSS
Sign up to receive bonus content about our guests and sneak peeks for a guest from the next week’s interviews! 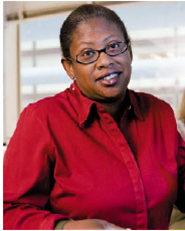 Dr. Bonney is a Professor and Director of the Research Division in the Department of Obstetrics, Gynecology and Reproductive Sciences at the University of Vermont. She received her Bachelor’s degree in Chemical Engineering from the University of Minnesota and went on to earn her MD from Stanford University. Afterward, Dr. Bonney completed her Residency at Harvard University followed by a Fellowship in Immunology at the National Institutes of Health. Dr. Bonney served on the faculty at Emory University before joining the faculty at the University of Vermont. She recently received her MPH from the Harvard School of Public Health. Dr. Bonney is a Fellow of the American Congress of Obstetricians and Gynecologists and has been awarded the Association of Professors of Obstetrics and Gynecology Teaching Award. Dr. Bonney is hear with us today to tell us about her journey through life and science.