Listen to the Episode Below (00:31:54)
Play / pause
1x
1.5x
2x
0:00
0:00
00:31:54
volume
iTunesGoogle PlayShare Leave a ReviewClammr ItListen in a New WindowDownloadSoundCloudStitcherSubscribe on AndroidSubscribe via RSS
Sign up to receive bonus content about our guests and sneak peeks for a guest from the next week’s interviews! 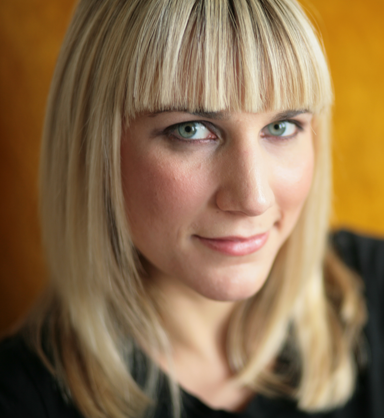 Life Outside of Science
Holly is a certified yoga instructor and a yoga practitioner. She also loves to travel and try out different yoga studios in the places that she visits.

The Scientific Side
Her background is in marine biology and she uses sequencing and computational approaches to understand communities of organisms and improve data visualization. For her research, Holly collects samples of sediments, chops them up, extracts the DNA, sequences the DNA, and then uses computational and bioinformatics methods to reconstruct the communities of organisms in the environment.

A Dose of Motivation
Carpe diem.

What Got You Hooked on Science?
Growing up in Massachusetts, Holly was close to the ocean and the Woods Hole Oceanographic Institute. She loved swimming in the sea and searching through tide pools at the beach as a kid, but was also fascinated by the deep-sea research conducted at Woods Hole.

The Low Points: Failures and Challenges
A recent struggle Holly has gone through was the academic job search process. The job market for scientists looking for permanent positions is tough right now. She was frustrated by the uncertainty of sending out many applications, not hearing back from places, and not knowing what her next step would be.

A Shining Success!
Holly was honored to recently receive an invitation to be a keynote speaker for the Bioinformatics Open Source conference in Dublin this July. Coming from a biology background, she feels a little like an imposter at a bioinformatics conference because there are so many people with computer science backgrounds. This invitation was really validating because it means that she and her work are being recognized by the community.

Most Treasured Travel
Kyoto, Japan was one of Holly’s favorite places to travel. She went there for a conference in 2011 and enjoyed the science, scenery, company, and food. While there, Holly got to check an item off her bucket list by climbing Mount Fuji. The climb started at 6pm in the evening and they climbed in the dark for six hours so they could watch the sun rise in the morning. It was spectacular!

Quirky Traditions and Funny Memories
April Fools’ pranks were a tradition of Holly’s postdoc advisor. Every year he planned an elaborate, science-related prank that typically was done online. One year he posted all over social media about a worm that was named after him and how he sequenced the genome of this worm. Most people thought he was joking, and he was able to trick everyone because it was actually true.

Advice For Us All
Make sure to take care of yourself, eat healthy, and exercise. You have to take time for yourself.

Guest Bio
Holly’s research uses DNA sequencing and computational biology tools to explore the biodiversity of microbial species in sediments and soils, with an emphasis on marine and deep-sea ecosystems. Aside from research, she is heavily involved in science communication and social media, serving as Associate Editor for the popular marine blog Deep-Sea News (http://deepseanews.com) and maintaining an active presence on Twitter (@hollybik). Full details of Holly’s research program and outreach efforts can be found on her professional website:  http://www.hollybik.com/