Listen to the Episode Below (00:31:31)
Play / pause
1x
1.5x
2x
0:00
0:00
00:31:31
volume
iTunesGoogle PlayShare Leave a ReviewClammr ItListen in a New WindowDownloadSoundCloudStitcherSubscribe on AndroidSubscribe via RSS
Sign up to receive bonus content about our guests and sneak peeks for a guest from the next week’s interviews! 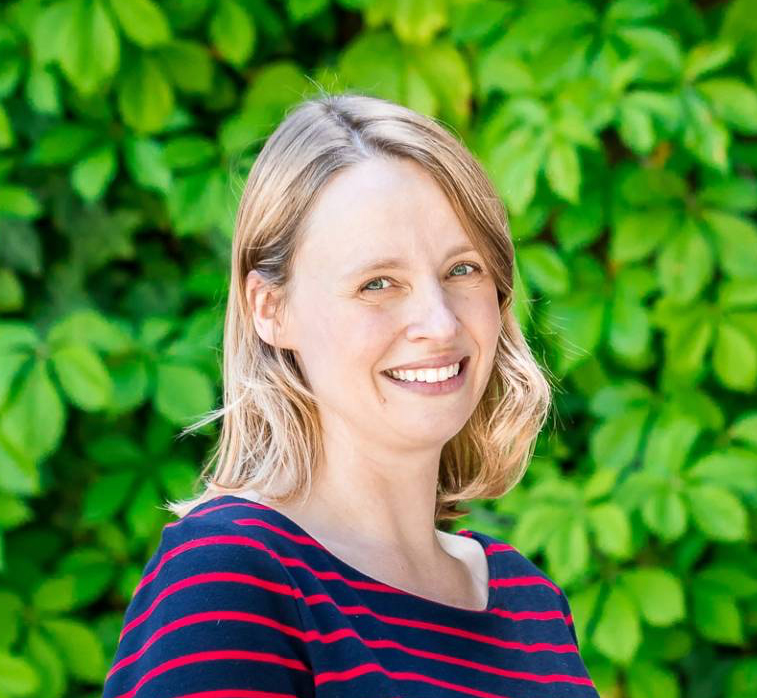 Dr. Jo Dunkley is a Professor of Physics and Astrophysical Sciences at Princeton University and author of the book Our Universe: An Astronomer’s Guide. She received her MSci with First Class Honors in Natural Sciences from the University of Cambridge and her PhD in Astrophysics from the University of Oxford. Afterwards, she conducted postdoctoral research and was subsequently a Visiting Research Fellow at Princeton University. Before joining the faculty at Princeton University, Jo served on the faculty at the University of Oxford. Over the course of her career, Jo has received numerous awards and honors including the Maxwell Medal from the Institute of Physics, the Royal Astronomical Society’s Fowler Prize in Astronomy, the Royal Society Rosalind Franklin Award, the Royal Society Wolfson Merit Award, and the Philip Leverhulme Prize from the Leverhulme Trust. She also shared the Gruber Foundation Cosmology Prize, a NASA Group Achievement Award, and most recently the Breakthrough Prize for Fundamental Physics with the Wilkinson Microwave Anisotropy Probe team. In our interview, Jo speaks about some of her experiences in life and science.

Life Outside of Science (2:45)
Physics and family are two of the major pieces in Jo’s life. She loves spending time with her two young daughters who are 4 years old and nearly 1 year old. Lately, her older daughter enjoys running, drawing, singing, and learning about space.

The Scientific Side (3:24)
Jo is a cosmologist, and her job is to study the universe. She conducts research to try to approximate how space behaves as a whole. This includes looking into space and taking measurements to determine how the universe began, what it’s made of, how it’s growing, and what is going to happen to it in the future.

What Got You Hooked on Science? (6:39)
In her early school years, Jo didn’t really know what science was, and her interests in science evolved from her passion for math. When she realized that mathematics could be used to describe and understand the world, she decided to pursue science. In her first year of university, Jo took a class about special relativity, and it completely captivated her. Despite enjoying her studies, Jo never really envisioned becoming a scientist. She had spent summers backpacking through South America and Southeast Asia, as well as volunteering for environmental organizations. This was the route Jo thought she would pursue after college. However, she quickly realized that she missed engaging in scientific and mathematical thinking. Teaching math to high school students in the evening had become the best part of her day. At that point, Jo decided to enroll in a PhD program to see if she enjoyed doing research. She discovered that she loved research and has been doing science ever since.

The Low Points: Failures and Challenges (15:17)
One of the most difficult periods of Jo’s career occurred during her early years in university. Jo always did well in school, and when it was time to go to college, she chose to study sciences at Cambridge. In her program, students began by studying four different sciences, and you were expected to specialize in one area in which you performed best or most enjoyed. Jo started off interested in physics, but she found it very difficult. She began to think that she wasn’t good enough to make it in physics and that she was the only one in her classes who was really struggling. It took the entire first year for Jo to realize that she wasn’t the only student having trouble, and she was actually doing just as well as the rest of the class. In addition to great teachers, Jo had a strong group of peers, and they all helped each other make it through.

A Shining Success! (18:00)
Jo is part of the Simons Observatory Telescope team that includes researchers at Princeton University and other institutions. They have been working on the design, planning, and building stages of the project. Over the past year, Jo has collaborated with an amazing team of postdocs and students to dig into each part of the scientifically interesting things they could do with the telescope and get a deep understanding of what the telescope will be able to do. They are now to a point where they know the telescope’s capabilities and have developed scientific goals for what they want to accomplish. These goals include measuring signals that will tell them about the birth of the universe and learning more about the invisible universe (dark energy, dark matter). It has been exciting to pull all of the pieces together in preparation for starting their observations with the telescope in 2021. This is a thrilling collaborative project where everyone has a part to play, and they will be able to achieve so much more together than any single researcher could on their own.

Book Recommendations (20:40)
Chasing Venus: The Race to Measure the Heavens by Andrea Wulf, Our Universe: An Astronomer’s Guide by Jo Dunkley

Most Treasured Travel (23:21)
The site of their telescope in Northern Chile in the Atacama Desert is one of Jo’s favorite places to visit. Their telescope is located at approximately 5,000 meters in elevation, and at that altitude in the highland desert, the landscape looks almost like the moon or Mars. It is absolutely beautiful and so different from most places she has ever seen. It was also exciting for Jo to go there because most of her work is theoretical, so being on the ground building experiments and making telescopes work was very different from her normal work analyzing data and comparing data to theories.

Quirky Traditions and Funny Memories (25:46)
When Jo was a graduate student at Oxford, there was a musician working as an artist in residence in their department. This individual encouraged Jo and others to form a rock band. Their group got together late at night to practice in the lab or department space, and they only played space-related songs. Jo started off playing the cello in the band, but eventually switched to the theremin. At Princeton, they have an annual Princeton Recital where everyone in the department who plays instruments showcases their skills.

Advice For Us All (29:33)
Follow your talent for science if that is where your interests are. When choosing a career, it can be easier to pursue your interests in things like languages and literature on the side than it is to pursue studying physics on the side. Ultimately, you should pursue a career that you enjoy, and you have to make it fun. Don’t panic if you encounter something challenging. Just keep working at it, and the solution will come to you.

Guest Bio
​Jo’s research is in the area of cosmology. She studies the origins and evolution of the Universe. Her main projects are the Atacama Cosmology Telescope (ACT), the Simons Observatory, and the Large Synoptic Survey Telescope (LSST). The main goals of the ACT project are to study how the universe began, what it is made of, and how it evolved into what it is today. This project aims to improve on measurements of parameters describing the very early universe, as well as measure distant, large clusters of galaxies and their environments. The Simons Observatory will add new telescopes and new cameras with state of the art detector arrays that will improve researchers’ ability to study our universe and the cosmic microwave background. LSST will allow researchers to measure how Dark Energy behaves over time with higher precision than ever before. The LSST dataset on billions of galaxies will also help address many other key research questions in cosmology and experimental physics.