Listen to the Episode Below (00:37:35)
Play / pause
1x
1.5x
2x
0:00
0:00
00:37:35
volume
iTunesGoogle PlayShare Leave a ReviewClammr ItListen in a New WindowDownloadSoundCloudStitcherSubscribe on AndroidSubscribe via RSS
Sign up to receive bonus content about our guests and sneak peeks for a guest from the next week’s interviews! 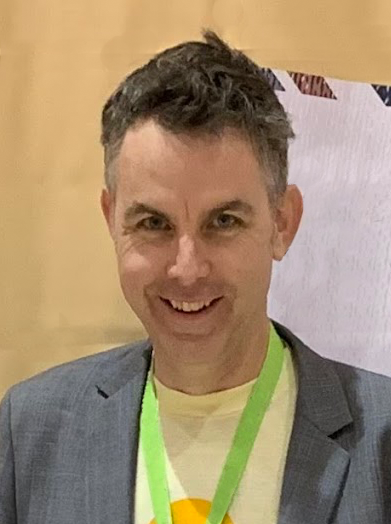 Listen Free on Stitcher Radio
Dr. Joseph Ryan is an Assistant Professor of Biology at the Whitney Laboratory for Marine Bioscience at the University of Florida. Joe received his PhD in bioinformatics from Boston University. Afterwards, he was awarded a research fellowship at the National Human Genome Research Institute at the National Institutes of Health and subsequently worked as a postdoctoral scholar at Sars International Centre for Marine Molecular Biology in Bergern, Norway. In our interview Joe shares more about his life and science.

Life Outside of Science (2:00)
When he’s not at work, Joe loves spending time with his family. He and his two kids (one and three years old) enjoy dancing to “Tiny Bubbles” by Don Ho and songs by the band The Clash. Joe is also a fan of singer-songwriter Slim Whitman, and he plays guitar, drums, and keyboard.

The Scientific Side (3:16)
In the lab, Joe studies DNA from squishy marine invertebrates like ctenophores (e.g. comb jellies), cnidarians (e.g. jellyfish), tunicates (e.g. sea squirts), and sea cucumbers. His goal is to understand how different types of animals are related, how animals adapt to extreme environments, and how animals have evolved the extraordinary diversity we see today.

What Got You Hooked on Science? (6:26)
Early on, Joe was more interested in English and history than science. He worked part time at a restaurant while going to college. After transferring between five colleges in Maryland, he graduated with an associate’s degree in general studies from a community college. Joe then launched a web design business in the mid 1990s with a friend from school, and they worked on a variety of website projects for different organizations. It was difficult to get their clients to pay them for their work, so Joe decided to do find another career. He applied for a contract computer programmer position at the NIH and was hired to make web calendar applications. Working at the NIH was Joe’s first introduction to research and what it was like to be a scientist. He helped process data for different research projects, but Joe’s supervisor told him that he didn’t have the background needed to do some of the more interesting projects. Joe began to look into how he could get that background, and he decided to go to graduate school. After the first two years of graduate school at Boston University, Joe was no longer funded by the program. He talked to his previous supervisor at the NIH and was able to transition to the NIH to finish his graduate work. Taking this non-traditional path to a career in science has been beneficial because Joe has a strong computational background, and he thinks about questions differently than some of the other researchers in his field.

The Low Points: Failures and Challenges (20:00)
Getting grant proposals rejected is a constant struggle. The review process for one of Joe’s proposals currently under review has been particularly frustrating. This is the fourth time they have submitted the proposal. The first time, they received excellent reviews, but the score for the proposal just missed the funding cut-off. In the subsequent two submissions, they received substantial negative feedback. Looking back, there were some issues they could have addressed better and with more detail. Joe is keeping his fingers crossed that this time their proposed project will be funded.

A Shining Success! (22:38)
Joe and a postdoctoral fellow in his lab have been thinking deeply about how to address an issue in science where two research groups can derive different results and conclusions from the same dataset. In their research area, there are many ways to analyze data and build phylogenetic trees, and new methods continue to be developed. What is needed is a process analogous to what occurs in clinical trials. In a clinical trial, the research team has to map out all of the steps that will be taken, including the statistics that will be run and the criteria that will be used to determine whether a hypothesis is correct. All of this information is submitted to a review board and approved before the work begins. Applying this process to other fields like phylogenetics may clear up some of the discrepancies that may be driven inadvertently by confirmation bias. Joe implemented this “phylotocol” process in his lab about a year ago, and it has been working really well. A paper on their first “phylotocol” was just published at the end of last year. It was really exciting because reproducibility in science has been a major focus in recent years, and this idea of transparency and accountability in science may be the next big step forward.

Book Recommendations (27:11)
The Count of Monte Cristo by Alexandre Dumas

Most Treasured Travel (28:37)
In 2010, Joe traveled to Harvard University to attend the International Congress on Invertebrate Morphology. At the time, he was a postdoc at the NIH, and he was studying ptenophore bioluminescence. One of Joe’s colleagues wrote to a Harvard faculty member who was a pioneer in the field and was among the first to study bioluminescence in ptenophores. They were delighted when this renowned researcher offered to meet with them. When they visited, they enjoyed talking for hours about science, and it was exciting to see that this eminent scientist was really interested in their work. After their conversation, their host brought them over to see his lab. He led everyone into the walk-in incubator and turned off the light. It was really strange for Joe to be standing in a dark incubator with his colleagues and one of their scientific heroes. However, all of a sudden, their host began tapping on shelves and swirling flasks that contained these remarkable creatures and the whole room began to light up. They were surrounded by beautiful bioluminescent animals. This was an awe-inspiring experience. It prompted Joe and his colleagues not only to return to their own work with renewed energy and enthusiasm, but also to begin a quest to meet more amazing ptenophore biologists.

Quirky Traditions and Funny Memories (31:53)
Joe’s lab has a running joke about their “fame-o-meter” that they use to chart how famous each discovery from their lab will make them. When someone gets a new result and talks about how exciting it is, another lab member typically makes a comment about how it ranks on the 10-point “fame-o-meter” scale. They’re not really aiming to be famous, and results often weigh in pretty low on the scale, but it’s fun and funny to put their work in the context of the likelihood of bringing them acclaim.

Advice For Us All (35:49)
Ideas are cheap. In Joe’s research field, there is so much more work to do than people to do the work. As a result, it makes sense to talk to colleagues about projects and share research ideas. This way, you can get even more great ideas and feedback than you would if you kept everything to yourself. It’s also more fun to be able to share your ideas and talk openly about your work.

Guest Bio
Joseph Ryan is an evolutionary biologist with expertise in genomics (DNA research) and phylogenetic analyses (building evolutionary trees). He integrates genomics and phylogenetics with a wide array of other disciplines (e.g., physiology, developmental biology, behavior, neurobiology), which he applies to a variety of marine invertebrate animals to better understand the evolutionary processes underlying the wonderful diversity of life on Earth. His family does their best to keep him from being completely sucked into a mega-nerd vortex.