Listen to the Episode Below (00:38:44)
Play / pause
1x
1.5x
2x
0:00
0:00
00:38:44
volume
iTunesGoogle PlayShare Leave a ReviewClammr ItListen in a New WindowDownloadSoundCloudStitcherSubscribe on AndroidSubscribe via RSS
Sign up to receive bonus content about our guests and sneak peeks for a guest from the next week’s interviews! 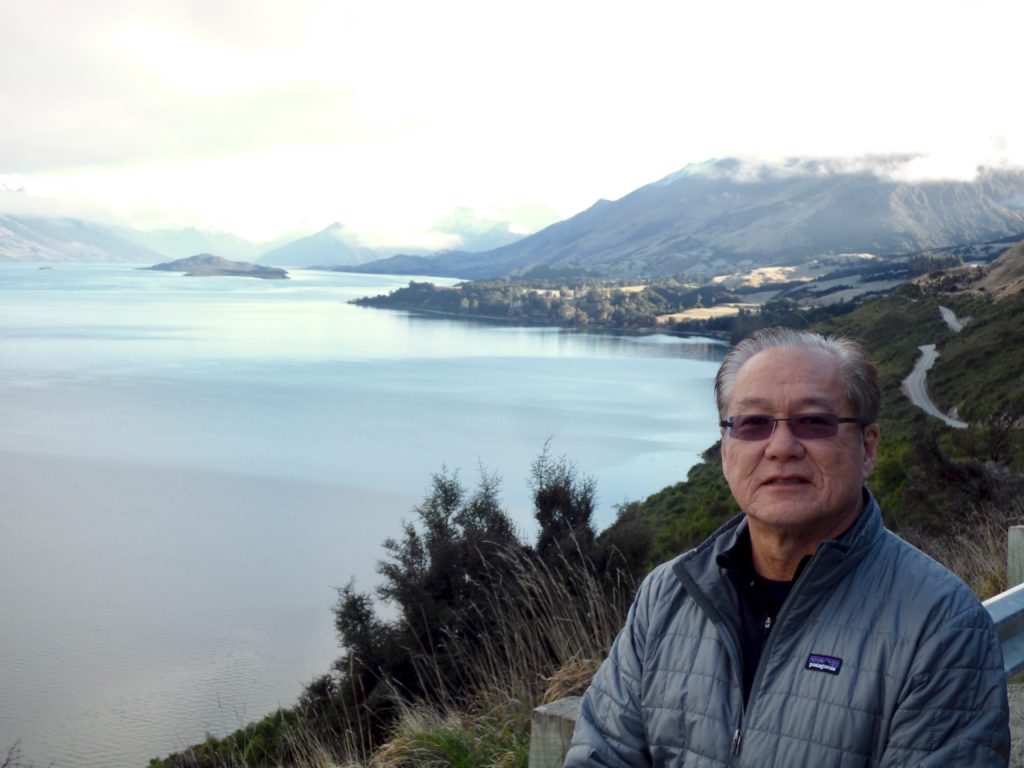 Dr. Joseph S. Takahashi is Professor and Chair of Neuroscience and the Loyd B. Sands Distinguished Chair in Neuroscience at the University of Texas Southwestern Medical Center. He is also an Investigator in the Howard Hughes Medical Institute. Joe received his B.A. in biology from Swarthmore College and he was awarded his Ph.D. in neuroscience from the University of Oregon in Eugene. Afterwards, he conducted postdoctoral research as a pharmacology research associate at the National Institute of Mental Health. Before moving to UT Southwestern, Joe served on the faculty of Northwestern University for 26 years. Over the course of his career, Joe has received numerous awards and honors including the Honma Prize in Biological Rhythms Research, the NSF Presidential Young Investigator Award, the Searle Scholars Award, the Bristol-Myers Squibb Unrestricted Grant in Neuroscience, the C. U. Ariens Kappers Medal, the Outstanding Scientific Achievement Award from the Sleep Research Society, the W. Alden Spencer Award in Neuroscience from Columbia University, and the Peter C. Farrell Prize in Sleep Medicine from the Harvard Medical School Division of Sleep Medicine. He has also been elected as a Fellow of the American Academy of Arts and Sciences, a Fellow of the American Association for the Advancement of Science, a Member of the National Academy of Sciences, a Member of the National Academy of Medicine, and an Honorary Member of The Japanese Biochemical Society. In our interview, Joe shared his experiences in life and science.

The Scientific Side (3:44)
Joe and his lab members are trying to better understand the biological clocks in our bodies that control our 24-hour schedules. Within each of us are internal clocks that are genetically controlled. A special set of genes within nearly all of our cells turns on and off each day to regulate a wide variety of biological functions, and Joe is studying these genes and how they contribute to our biological rhythms. Functions influenced by our biological clocks include our sleep schedules, blood sugar, body temperature, liver metabolism, and many other aspects of our physiology.

A Dose of Motivation (5:47)
The excitement of discovery is motivating for Joe. For him, the process of doing science is never-ending and always interesting. Working in the lab is like hunting for treasure because you have an opportunity to find new things that you didn’t know before.

What Got You Hooked on Science? (9:40)
During his childhood, Joe’s family lived in several interesting places. He spent his early childhood living in Myanmar (formerly Burma) where he was surrounded by lush tropical forests and remarkable wildlife. Later, when he was about 10 years old, Joe lived with his family in Karachi, Pakistan. There he marveled at the camels and diverse marine life. He loved biology, animals, and wildlife, but he didn’t really know what he wanted to do for a career. In college, Joe became a biology major like many of his friends. Since his friends all chose the pre-med path, Joe thought that this was what he had to do to major in biology. In his junior year, Joe had courses with three amazing professors who got him interested in research. His first research project involved studying electrical discharge in electric fish. They discovered that some electric fish demonstrate a pattern where they only discharge their electrical organ at night when they are active, while others discharged electricity around the clock. This was his first foray in circadian research.

The Low Points: Failures and Challenges (22:27)
Though Joe has faced challenges in many of his projects, one of the biggest challenges he has overcome was discovering the clock gene and successfully screening mice to find the gene. When Joe started working on this, everyone thought he was crazy. He heard over and over again that there was no way to do a mutagenesis screen on behavior in a mouse. Once Joe found the mouse, people told him that he’d never be able to find the gene. A project like that was too difficult, too much work, and too far outside his area of expertise. Despite all this, Joe never gave up. He learned genetics, and over the next three years, 10 people in his lab worked diligently to find the gene. They were ultimately successful, and their findings have led to further exciting discoveries in this field.

A Shining Success! (23:58)
The most important discovery in Joseph’s career was discovering the clock gene. Their long journey in this discovery was important because it connected the clock gene to the original period gene. This jump-started research to determine how the clock works. Over the next four years after this discovery, they were able to put together the general details of how the circadian clock works. This success was particularly exciting because when Joe started this treasure hunt, he had no idea what they would find. With some luck and a lot of hard work, they have made substantial contributions to our understanding of biological rhythms.

Book Recommendations (28:32)
Time, Love, Memory: A Great Biologist and His Quest for the Origins of Behavior by Jonathan Weiner

Most Treasured Travel (29:15)
As a graduate student, Joe had an opportunity to stay at the Max Planck Institute for Behavioral Physiology in Andechs, Germany. It was at this Institute that Jürgen Aschoff did groundbreaking work studying circadian rhythms in people. To isolate people from any time cues, Jürgen developed underground apartments called bunkers where people would stay for months at a time while their sleep schedules and body temperatures were constantly monitored. These were the first controlled experiments done with human participants that demonstrated that we have our own internal clocks and that we may have at least two internal clocks. While visiting, Joe had an opportunity to tour these underground, austere, windowless bunkers. It was remarkable to see such an important site in the history of his scientific field.

Quirky Traditions and Funny Memories (31:55)
The field of circadian rhythms research is a relatively small, supportive, and close-knit community. Until fairly recently, people didn’t appreciate the importance of circadian rhythms. Disruptions of circadian rhythms weren’t associated with causing any severe diseases, so the field didn’t receive a lot of attention. However, we are gradually beginning to understand that almost all aspects of physiology have circadian components. The clock genes are also directly linked to many pathways that regulate important processes such as immune function and metabolism. Joe has enjoyed developing close friendships with researchers from all over the world, catching up with colleagues at scientific meetings, and sharing fantastic meals and drinks with fellow researchers.

Advice For Us All (35:46)
You have to begin with learning first principles. It is important to have a fundamental understanding of everything you are studying and the procedures you are using. Some of the measurements you make may be abstract, but without really understanding the first principles of what you are measuring, you could misinterpret the meaning of your results. Try to understand what you are doing to the best extent possible. Also, don’t become a dinosaur. A lot of what we do in science is enabled by technology. Technology is changing quickly, and it’s easy to feel like you can’t keep up. However, to take advantage of all of the tools available, you have to embrace technology, grow, learn, and keep evolving.

Guest Bio
Joe’s research is focused on understanding the molecular mechanisms of the circadian clock in mammals. His expertise comes from a variety of fields such as neuroscience, genetics, molecular biology, and genomics. Joe is also interested in the genetic basis of behavior and uses the laboratory mouse as a model organism. Recently his lab has begun to study circadian clocks in parasites that cause sleeping sickness and malaria. In addition, his lab studies the importance of the timing of food intake in contrast to the nutritional and caloric content of food. This work has implications for aging and longevity. Joe has been a co-founder of two biotech companies, Hypnion (a sleep drug company) and Reset Therapeutics (a circadian metabolism company). Outside of work, Joe enjoys playing tennis, hiking, and skiing. He also loves to travel, dine, and taste wine. If he could be anywhere right now, he would be on vacation in the Roaring Fork Valley in Colorado.