Listen to the Episode Below (00:42:42)
Play / pause
1x
1.5x
2x
0:00
0:00
00:42:42
volume
iTunesGoogle PlayShare Leave a ReviewClammr ItListen in a New WindowDownloadSoundCloudStitcherSubscribe on AndroidSubscribe via RSS
Sign up to receive bonus content about our guests and sneak peeks for a guest from the next week’s interviews! 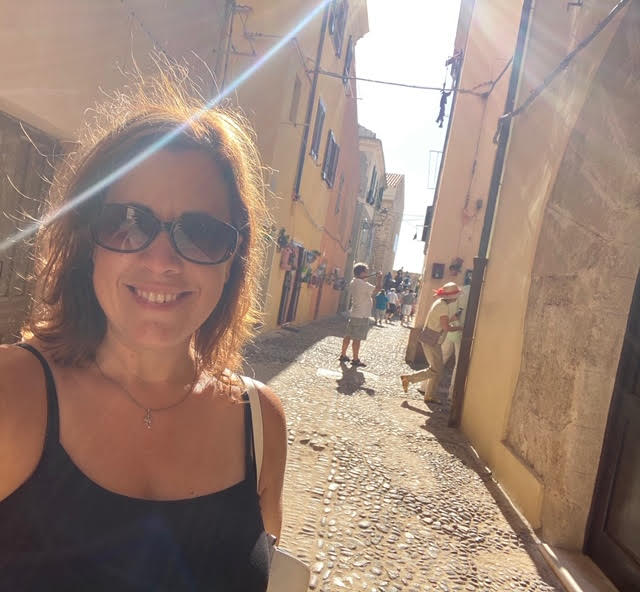 Dr. Joyce Ohm is an Associate Professor of Oncology in the Department of Cancer Genetics and Genomics at the Roswell Park Comprehensive Cancer Center. She was awarded her PhD in Cancer Biology from Vanderbilt University. Afterwards, Joyce conducted postdoctoral research in oncology at Johns Hopkins University School of Medicine. Prior to joining the faculty at Roswell Park, she served on the faculty at the University of North Dakota School of Medicine and Health Sciences. In our interview Joyce tells us more about her life and science.

Life Outside of Science (2:08)
In her free time, Joyce enjoys cycling, as well as hiking and kayaking with her two adorable dogs. She recently cycled 500 miles from New York City to Niagara Falls in the Empire State Ride, and it was an amazing experience.

The Scientific Side (3:32)
Joyce’s research examines the epigenomics involved in development and disease, particularly in cancer. Epigenomics is the study of how your cells package and store the information in your genome. Individual cells within your body package the genome differently to be able to most efficiently use the genes they need. This is important during development, but there are also problems with the epigenome in cancer.

A Dose of Motivation (5:53)
“Only two things are infinite, the universe and human stupidity, and I’m not sure about the former.” – Albert Einstein

What Got You Hooked on Science? (8:38)
Joyce lost her mother at a very young age to a rare form of cancer, and this tragedy sparked her desire to learn more about cancer and to make a difference for people with cancer. Initially, Joyce planned to go to medical school after college. Her only exposure to research as an undergraduate student was a summer project where she studied the mating habits of tree swallows. This involved spending long hours in the field waiting for birds to fly into bird boxes. The work was interesting, but she knew this was not what she wanted to do. When it came time to apply for medical school, Joyce really struggled with the essay questions that asked her to explain why she wanted to become a physician. Her medical school applications sat incomplete for weeks. Joyce just couldn’t articulate why she wanted to be a physician. She planned to apply to a few graduate schools as a backup plan in the event that she didn’t get accepted into medical school. It struck her how much easier it was for her to describe her scientific and research interests in the graduate school applications. As she thought more about life as a physician, Joyce realized she didn’t want to do it. She submitted her graduate school applications and started her journey as a cancer researcher.

The Low Points: Failures and Challenges (24:12)
Towards the end of graduate school, Joyce’s advisor asked her to work on a patient’s sample that came into the lab. This was a really unusual patient with stage 4 carcinoma who was among the first to be treated with a particular drug. The patient responded incredibly well to the drug initially. However, the patient later relapsed and passed away. Joyce’s task was to try to understand why the patient stopped responding to therapy. She began by trying to look for mutations in the tumor that may have occurred over the course of treatment and could have caused the lack of therapeutic response. Joyce found a mutation, and they thought they were on the right track. However, when they reviewed the original sample from when the patient was responding to therapy, the mutation was detected in that sample as well. They analyzed the original sample over and over again under varying conditions for the next six to nine months because they were convinced had been an error. In the end, they had to re-think their hypothesis.

A Shining Success! (28:19)
Joyce and her team are studying soft tissue sarcomas. Researchers in other laboratories discovered that mature cells can be re-programmed back to an embryonic state where they could then go on to become any kind of cell. Joyce was interested in the cells that began this process but didn’t completely re-program. They discovered that these partially de-differentiated cells are similar to cancer. Joyce and her team grew these cells out and discovered that they formed small round blue cell tumors that had a lot of non-coding RNA fusions. It took months to confirm that these non-coding RNA fusions were real and not just a sequencing artifact. They submitted a paper on this project, and Joyce also submitted a few small grant applications. She was excited that these grant applications were discussed by the review group and received pretty good scores. The lab still has a lot of work to do in this area, and Joyce will be re-submitting these grants, but it was a victory to be acknowledged and taken seriously by RNA biology experts.

Most Treasured Travel (32:36)
A few years ago, Joyce traveled to India with a few of her colleagues from the University of North Dakota to give a presentation at the Indian Science Congress. They flew in to Delhi, went to Bangalore, and attended the conference in Mysuru. After the conference ended, they took a few extra days to see the Taj Mahal in Agra and the spice markets in Delhi. The food, the different smells, and the people were all amazing.

Quirky Traditions and Funny Memories (34:55)
Early in Joyce’s career, she and her lab mates had fun with dry ice and shooting pipette tips at targets in the lab. She also remembers attending a conference where one guest spent most of the evenings of the event using an illuminated hula hoop. At Roswell Park where Joyce currently works, they have three fantastic annual fundraising events that bring everyone together. One is the Ride for Roswell, a single day cycling event that draws in about 8,000 cyclists. Another is their 11 Day Power Play event where about 2,500 people participate in shifts to play hockey non-stop for eleven days. The event Joyce most recently participated in with her colleagues was the Empire State Ride event where they cycled across New York State.

Advice For Us All (39:47)
One way to make a difficult decision is to flip a coin. You don’t necessarily do what the coin tells you to, but you gage your reaction in that moment when you first see the result. There is either that moment of confirmation or that feeling like maybe you should try again. That is the voice you listen to. Then embrace your choice. With the right attitude, you could be happy in a lot of different places and situations. Also, if science is something you are thinking about or could be passionate about, give it a shot. For many scientists, a research career is a labor of love, and you never know what you may be able to contribute until you try.

Guest Bio
After completing a Ph.D. in Cancer Biology with Dr. David Carbone at Vanderbilt University School of Medicine in 2003, Joyce accepted a post-doctoral fellowship in the laboratory of Dr. Stephen Baylin at the Johns Hopkins School of Medicine studying abnormal epigenetic gene silencing of tumor suppressor genes in cancer. Dr. Baylin is a pioneer in the field of epigenetics and this was a tremendous opportunity for Joyce to initiate a series of projects which link aberrant epigenetic programs with the normal epigenetic remodeling that is essential in order for a stem/progenitor cell to properly differentiate. Joyce then established her independent laboratory at the University of North Dakota School of Medicine and Health Sciences and helped to build an NIH funded Center of Biomedical Research Excellence focused on studying the epigenomics of development and disease. Her overall training has helped to lay a strong foundation in epigenetics, as well as genome-wide expression, methylation, and chromatin analysis platforms.