Listen to the Episode Below (00:44:05)
Play / pause
1x
1.5x
2x
0:00
0:00
00:44:05
volume
iTunesGoogle PlayShare Leave a ReviewClammr ItListen in a New WindowDownloadSoundCloudStitcherSubscribe on AndroidSubscribe via RSS
Sign up to receive bonus content about our guests and sneak peeks for a guest from the next week’s interviews! 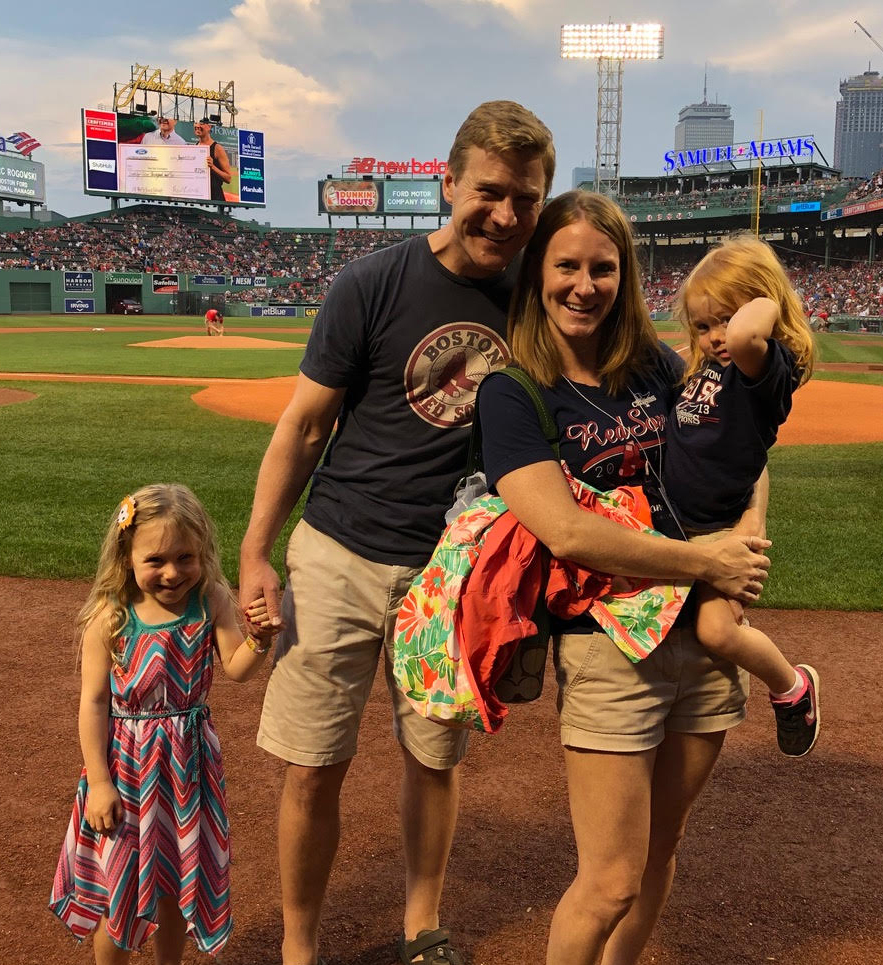 Dr. Michael Fox is an Associate Professor of Neurology at the Harvard University Medical School and Director of the Laboratory for Brain Network Imaging and Modulation. In addition, Mike is Associate Director of the Berenson-Allen Center for Noninvasive Brain Stimulation, Co-Director of the Beth Israel Deaconess Medical Center Deep Brain Stimulation Program, Assistant Neuroscientist at Massachusetts General Hospital, and a practicing clinical neurologist at the Beth Israel Deaconess Medical Center. He received his bachelor’s degree in Electrical Engineering from The Ohio State University, and he was awarded his MD and PhD from Washington University in St. Louis. Afterwards, Mike completed a medical internship at Barnes Jewish Hospital in St. Louis. Next, he completed his Neurology Residency and Movement Disorders Fellowship at Massachusetts General Hospital and Brigham and Women’s Hospital in Boston before becoming a faculty member with the Beth Israel Deaconess Medical Center and Harvard Medical School. Mike is the recipient of the inaugural Trailblazer Prize for Clinician-Scientists from the Foundation for the National Institutes of Health. In our interview, Mike tells us more about his life and science.

Life Outside of Science (2:48)
When Mike isn’t doing research in his lab or working with patients in the clinic, he loves spending time with his wife and two daughters. They enjoy hiking and having fun outdoors together.

The Scientific Side (3:33)
In Mike’s research, he uses wiring diagrams of the human brain to try to make sense of brain problems and help patients. In the clinic, Mike treats patients with movement disorders like tremor and Parkinson’s disease using deep brain stimulation. He also uses noninvasive brain stimulation to treat people with psychiatric conditions like depression.

A Dose of Motivation (4:43)
Mike is motivated by his patients and his deep intellectual curiosity about the brain and how it works.

What Got You Hooked on Science? (7:16)
Since his childhood, Mike was drawn to science, taking things apart, figuring out how stuff works, and problem-solving. In elementary school, Mike enjoyed accompanying his dad to an old warehouse where his dad’s company stored all of their outdated electronics. It was fun to go through the warehouse and find different things that he could take apart. Mike also had an early fascination with the brain and neuroscience. He pursued electrical engineering in college as a path towards studying the brain. Through electrical engineering, Mike learned about how to think about electrical circuits, starting with simple circuits and working his way up to the more complex circuits of the human brain. Mike chose to pursue an MD/PhD program after college because he wanted to do research, but he also wanted to directly help patients. In graduate school, Mike worked on building a wiring diagram of the human brain to better understand neural networks and how different areas of the brain are connected. During medical school, Mike saw many patients who were seeking new and effective treatments for their brain problems. Unfortunately, the location of their brain damage didn’t always make sense for the symptoms they had. Since then, Mike has been dedicated to applying the wiring diagram of the human brain that he helped create to understand what circuits are affected by brain lesions. Doing so reveals new potential treatment targets to help address different brain problems.

The Low Points: Failures and Challenges (22:57)
Recently, Mike and his lab looked at the locations of brain damage that cause the symptoms of Parkinson’s disease. It is well-established in the literature that Parkinson’s disease stems from death of dopamine neurons in a part of the brain called the substantia nigra. Mike was convinced that when they mapped brain lesions in these patients, they would align with the circuit centered around the substantia nigra. However, this was not the case. After looking at the data many different ways and running about 80 analyses, they still couldn’t find any evidence that these lesions mapped to the substantia nigra circuit. The project was paused so they could think about it more. Eventually, they returned to the project, and they were surprised to see that all of the regions were in a circuit connected to an area of the brain called the claustrum. This didn’t make sense, so they paused the project again. In reviewing old studies, they found evidence that some people with Parkinson’s disease have a loss of neurons in the claustrum. The pieces began to fall into place, and they were able to publish their results. This project started off as a failure, but they were finally able to make sense of their findings, and there are some interesting clinical implications as well.

A Shining Success! (28:16)
Mike has had two exciting successes in research projects he has worked on with fellows in his lab. In one project, the fellow began investigating an interesting case with a young patient who began experiencing severe visual hallucinations after having a stroke in an area of the brain completely unrelated to the visual system. By reviewing all cases in the literature where stroke was accompanied by visual hallucination and overlaying these lesion locations on their wiring diagram of the brain, they discovered that every lesion was connected to the area of the brain associated with visual imagery. This discovery helped them understand their current patient’s case, but it also suggested that this approach might be useful for making sense of the symptoms caused by any brain lesion. It paved the way for the work Mike continues to do today. In another successful project, a fellow working with Mike wanted to better understand a psychiatric disorder where patients are unable to recognize a familiar person as that person. When they began mapping out all of the locations of brain damage that can cause this syndrome, they discovered something remarkable. All lesion locations were connected both to the spot in the brain responsible for detecting if something is familiar and the spot in the brain used to determine if your conclusions make sense. All of a sudden, this complex psychiatric disorder that they thought they would never be able to understand made sense.

Book Recommendations (32:30)
Phantoms in the Brain: Probing the Mysteries of the Human Mind by V.S. Ramachandran and Sandra Blakeslee

Most Treasured Travel (33:23)
A few years ago, Mike attended a conference in Geneva, Switzerland to present his research. As an enthusiastic hiker, he was excited to be able to add a few days to the end of his trip to go hiking in the Alps. The scenery was gorgeous. They had intended this to be a summer hiking excursion, but they realized that after a certain altitude, it was impossible to avoid wintery conditions. Some members of their group ended up hiking in snow up to their knees while wearing flip flops.

Quirky Traditions and Funny Memories (35:42)
One of Mike’s favorite scientific meetings is the Organization for Human Brain Mapping conference. At this conference, there is always a club night where they rent out a dance club for the thousands of brain scientists who attend. It is awesome to see some of the most prominent researchers in the field having fun on the dance floor alongside students and postdocs.

Advice For Us All (40:47)
Follow your passion. Practical concerns can often get in the way of scientific advances. You should pursue the problems that you think are most important or the area of medicine you care most about. Don’t let other people deter you. Also, remember that there are a lot of fantastic opportunities in translational research. Research that bridges basic science advances and clinical care is very rewarding, and it is critically important for developing new treatments to help patients.

Guest Bio
Clinically, Mike specializes in the use of both invasive and noninvasive brain stimulation for the treatment of neurological disease. His practice includes deep brain stimulation (DBS) for the treatment of Parkinson’s Disease, essential tremor, and dystonia as well as transcranial magnetic stimulation (TMS) for treatment of medication-refractory depression. Mike’s research focuses on the development of new and improved treatments for neuropsychiatric disease based on understanding brain networks and the effects of brain stimulation. Mike spends his free time with his wife, dog, and two young daughters in Newton, Massachusetts. He enjoys hiking, boating, reading, jogging, and chasing his girls around the house during “monster game”.