Listen to the Episode Below (00:46:05)
Play / pause
1x
1.5x
2x
0:00
0:00
00:46:05
volume
iTunesGoogle PlayShare Leave a ReviewClammr ItListen in a New WindowDownloadSoundCloudStitcherSubscribe on AndroidSubscribe via RSS
Sign up to receive bonus content about our guests and sneak peeks for a guest from the next week’s interviews! 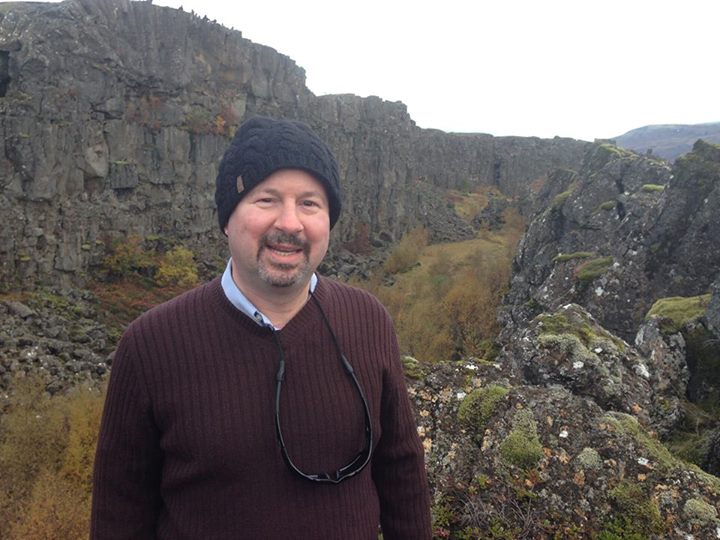 Dr. Michael E. Mann is Distinguished Professor of Meteorology at Pennsylvania State University, with joint appointments in the Department of Geosciences and the Earth and Environmental Systems Institute (EESI). He is also director of the Penn State Earth System Science Center (ESSC). Mike received his undergraduate degree from UC Berkeley in Physics and Applied Math, a M.S. degree in Physics from Yale University, and a Ph.D. in Geology and Geophysics from Yale University. He conducted postdoctoral research at the University of Massachusetts Amherst and served on the faculty of the University of Virginia before joining the faculty where he is today at Penn State. Mike has received many honors during his career, including being selected by Scientific American as one of the fifty leading visionaries in science and technology in 2002, contributing to the award of the 2007 Nobel Peace Prize, and being named one of Bloomberg News’ fifty most influential people in 2013. He has also received the Hans Oeschger Medal of the European Geosciences Union, the National Conservation Achievement Award for science by the National Wildlife Federation, and the Friend of the Planet Award from the National Center for Science Education. Mike is also a Fellow of the American Geophysical Union and the American Meteorological Society.  Mike is here with us today to tell us all about his journey through life and science.

Life Outside of Science
Much of Mike’s free time is spent with his family going on hikes, bike rides, and traveling. When he is looking to relax, Mike likes to play the piano and watch movies with his family.

The Scientific Side
As a climate scientist, Mike is interested in understanding how Earth’s climate operates. His background is in physics and applied math, and he tends to think of climate as a complex classical physics problem, taking into account interactions between things like the atmosphere, oceans, ice sheets, and radiation. Mike’s work is also related to major societal concerns like human-caused climate change.

A Dose of Motivation
“It ain’t what you don’t know that gets you into trouble. It’s what you know for sure that just ain’t so.” by Mark Twain
“Extraordinary claims require extraordinary evidence.” by Carl Sagan.

What Got You Hooked on Science?
Growing up, Mike was inspired by Carl Sagan’s Cosmos series, and this series is what sparked his interest in climate science. When he was six years old, Mike remembers talking to his uncle at a holiday gathering about the speed of light and being completely transfixed with the idea of traveling at the speed of light. Though Mike’s uncle couldn’t answer all of his questions, he did get Mike a book to cultivate his curiosity.

The Low Points: Failures and Challenges
One of the challenges that Mike has faced in science has to do with being in the spotlight with his work on climate change and investigating human contributions to climate change. Because of this work, he receives a lot of constructive questions and criticisms from scientific competitors, but also many criticisms from people who do not have good intentions and may have a vested interest in discrediting the science he is doing.

A Shining Success!
Mike’s lab recently published an article in the journal Science on natural climate variability, a topic that has fascinated him since his PhD days. In this article, Mike’s lab brought together pieces from different climate models used worldwide to estimate the amount of climate change that is likely due to human factors or natural factors. By removing both kinds of external factors, they can get a sense of the random variability in climate.

Most Treasured Travel
Mike visited the island of Santorini in Greece in June of 2003 for a conference on volcanism and climate. This conference occurred when climate models were becoming increasingly sophisticated, so there was a lot of exciting things to talk about. The island of Santorini is actually a caldera is left behind from a volcanic eruption many centuries ago, making it the perfect location. While there, Mike enjoyed the science, delicious dinners, and beautify scenery.

Quirky Traditions and Funny Memories
Mike describes how a sense of humor is really important in science. He and his colleagues enjoy getting together at scientific conferences, and often hilarity ensues during evening outings. During Mike’s trip to Greece, the group got together to enjoy beverages and just had a fantastic time together.

Advice For Us All
Try not to take yourself too seriously.

Guest Bio
Mike’s research involves the use of theoretical models and observational data to better understand Earth’s climate system. He was a Lead Author on the Observed Climate Variability and Changechapter of the Intergovernmental Panel on Climate Change (IPCC) Third Scientific Assessment Report in 2001 and was organizing committee chair for the National Academy of Sciences Frontiers of Science in 2003. Mike has received NOAA’s outstanding publication award in 2002 and he was named Highly Cited Researcher by the Institute for Scientific Information (ISI) in 2014. He is the author of more than 180 peer-reviewed publications and published two books including Dire Predictions: Understanding Global Warming in 2008 and The Hockey Stick and the Climate Wars: Dispatches from the Front Lines in 2012. Mike is also a co-founder and avid contributor to the website RealClimate.org.