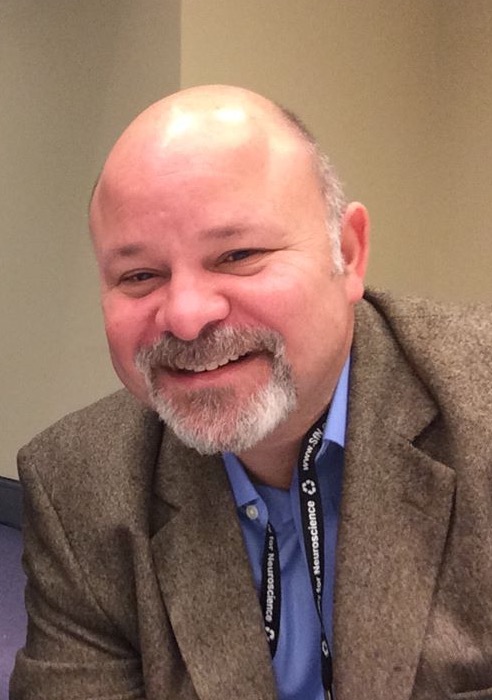 Life Outside of Science
Oné has three children, and enjoys spending his free time with his family. He also loves sitting down with a good book and will read anything and everything.

The Scientific Side
He studies the tiny brains of free-living flatworms called planarians to try to understand our our own brains. Specifically, his work focuses on responses to addictive substances in this model organism.

A Dose of Motivation
“Revolutionary new drugs have rarely been developed by the pure insights of molecular and cellular biology… Rather, the pathway of discovery has usually been the reverse: the presence of the drug is first detected in whole organisms, and the nature of its activity is subsequently tracked down to the molecular and cellular levels. Then the basic research begins.” by E. O. Wilson

What Got You Hooked on Science?
Growing up, he always loved science. When Oné was about three years old, he asked his mom whether God created microscopes. His mom said that God didn’t create microscopes, but he gave people the intelligence to develop them. His passion for science continued throughout his childhood and he went on to major in general science in college. However, Oné didn’t take a direct path to a faculty position. He worked as a high school teacher and as a lab technician before going back to get his Masters and his PhD later in life.

The Low Points: Failures and Challenges
Grant applications are a seasonal challenge for Oné. His lab need money to perform their research, and it can be a challenge for scientists at predominantly undergraduate institutions to get research money.

A Shining Success!
He has had many phenomenal students over the years who have gone on to do many exciting things. For example, Oné’s first graduate student went on to medical school where she graduated with highest honors and is now doing her residency at a Harvard-affiliated hospital. In addition, she is conducting research in Parkinson’s disease. She sent him a wonderful letter when she graduated thanking him for introducing her to research, and he is so proud of her accomplishments.

Book Recommendations
The Future of Life by Edward O. Wilson, The First Brain: The Neuroscience of Planarians by Oné R. Pagán

Most Treasured Travel
Oné’s favorite trip has been to Belgium where he served on the thesis committee for a student of one of his colleagues in Belgium. This was a great experience scientifically, and it was fascinating to see how the thesis defense was treated as more of a formal ceremony in Belgium. All of the committee members wore their academic caps and gowns, and the Chancellor was present to make the official announcement at the end. It was also a lot of fun to be shown around by his colleagues, do some sightseeing, and taste some spectacular chocolate.

Quirky Traditions and Funny Memories
There is an ongoing joke in his lab related to the movie Despicable Me, and his lab members have identified themselves as Oné’s minions. They have also made a running joke about his heavy-handed ren pen editing of all of their papers and theses.

Advice For Us All
If you want your education, you can get it. If you are interested enough in a topic, you will find ways to understand it. However, never confuse formal education with the intelligence or dignity of a person. You should respect everyone.

Guest Bio
Oné’s research focuses on behavioral and biochemical pharmacology using planarians as an animal model. He decided to experiment on planarians when he saw a paper from Dr. Robert Raffa’s group at Temple University, describing planarians addicted to cocaine. Oné earned his PhD in pharmacology from Cornell University under the supervision of Prof. George P. Hess.

Oné takes great pride in his undergraduate and master’s students, many of whom are coauthors in his laboratory’s publications. He recently discovered that he loves writing popular science and apparently writes passably well. His first book, The First Brain: The Neuroscience of Planarians was published in 2014 by Oxford University Press. He is currently writing a second book, and he has tried his hand at fiction by publishing a short story that connects brain science, autism, and the love of a father.

When not at work, he enjoys spending time with his family, which includes his wife, their three children (ages 24,17, and 13), and a completely nuts standard poodle named Ginger. He also loves reading and thinking, sometimes very weird thoughts. He was born and raised in Puerto Rico, but does not like its hot weather yet loves the people and misses the food. How do you pronounce his first name? Just like the first two syllables of this recording: https://m.youtube.com/watch?v=O_PmfTsmV40  You can contact Oné via email: orpagan@yahoo.com, via Twitter: @Baldscientist, and by visiting his blog: baldscientist.wordpress.com.