Listen to the Episode Below (00:54:41)
Play / pause
1x
1.5x
2x
0:00
0:00
00:54:41
volume
iTunesGoogle PlayShare Leave a ReviewClammr ItListen in a New WindowDownloadSoundCloudStitcherSubscribe on AndroidSubscribe via RSS
Sign up to receive bonus content about our guests and sneak peeks for a guest from the next week’s interviews! 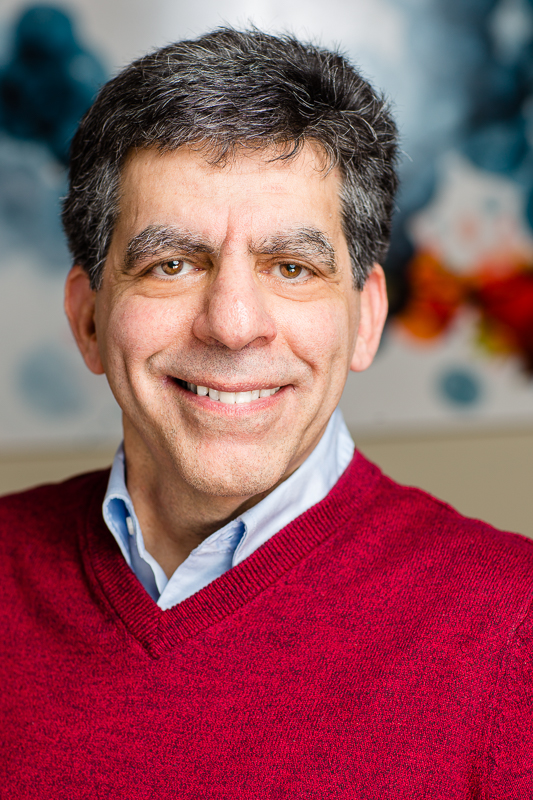 Dr. Paul Changelian is Vice President of Biology at Aclaris Therapeutics and Director of Biology at Confluence Discovery Technologies. Paul received his B.S. in chemistry from the University of Michigan in Ann Arbor and his Ph.D. in immunology from Harvard University in Cambridge. Afterwards, he conducted postdoctoral research in neurobiology at Washington University in St. Louis. Paul then worked in various roles at Pfizer for about 18 years. He served briefly on the faculty at the University of Michigan in Ann Arbor before becoming Director of Biology at Lycera Corporation. From 2012 – 2014, Paul served as Senior Director of Pharmacology at Infinity Pharmaceuticals before accepting his current positions. Paul shares more about his life and research in this podcast interview.

Life Outside of Science (2:32)
Some of Paul’s passions outside of science include exercising, walking around in nature, and music. He listens to hard rock and jazz music, and he enjoys playing jazz music on the trumpet.

The Scientific Side (3:06)
Paul is working to discover new drugs to treat autoimmune disease and inflammation in conditions like rheumatoid arthritis, ulcerative colitis, Crohn’s disease, and multiple sclerosis. In these conditions, the immune system inadvertently attacks cells in your body. He and his team are working to identify and test small molecule drugs that patients could take by pill that would inhibit this abnormal activation of the immune system to slow down damage to joints or other areas that may be under attack. They have also recently begun working on potential cancer treatments that can impact inflammation around tumors to improve the body’s ability to clear tumors.

A Dose of Motivation (6:40)
Paul is motivated and inspired by a personal connection with his research. As a kid, Paul had a wonderful pediatrician who helped treat his allergies and asthma. She explained to him when he wasn’t feeling well that pollen from the blossoms outside was bothering his lungs. This was Paul’s first introduction to the immune system, and it piqued his interest in science. Later when he was eight years old, one of Paul’s cousins became very sick and passed away. This tragic event, and subsequent experiences his family members had with autoimmune disease, made Paul think more about medicine and how to treat autoimmune disease.

What Got You Hooked on Science? (8:31)
As a result of his childhood interest in science, Paul decided to pursue science in college. Initially he planned on becoming a synthetic organic chemist, but as graduation quickly approached, he began to think more and more about biology. However, he didn’t know how to make a transition to a new field at that point. One of Paul’s professors recommended he speak to Dr. Phillip Sharp at MIT who had made a similar transition himself. Dr. Sharp offered Paul a job as a technician in his lab to get some experience working in the field. Paul didn’t realize that Dr. Sharp was a remarkable scientist who had just finished working on the research that would lead to his receipt of a Nobel Prize in Biology. This was an amazing opportunity. After completing his academic training, Paul accepted a position at Pfizer. The mission for his research group there was to develop a new drug to prevent a patient’s immune system from rejecting a transplanted kidney. The drug most commonly used to prevent rejection of a transplanted organ was known to be toxic to the kidney, so they wanted to find an alternative that wouldn’t destroy the kidney over time. Through this project, Paul and his team discovered that by inhibiting an enzyme called JAK3, they could slow the process of the immune system rejection in kidney transplant. These were Paul’s first forays in drug discovery, and he was captivated by the research.

The Low Points: Failures and Challenges (24:54)
When Paul’s team at Pfizer was trying to develop a drug to prevent the rejection of kidney transplants, it was clear from the beginning that they needed to develop a drug that would inhibit JAK3. However, they also knew that inhibiting JAK enzymes may cause immunosuppression which could hinder people’s ability to fight off infection from viruses, bacteria, or fungi they may be exposed to in everyday life. It became clear from previous studies that there are important immune system differences between captive-bred and wild-caught animals that would impact their initial studies on the safety and efficacy of drugs for transplant rejection. Though it was difficult to convince the team to go this route, the cost was higher, and there were more logistical challenges in doing these studies with wild-caught animals, Paul knew this would increase the likelihood of developing a drug that would be safe and effective in people.

A Shining Success! (31:31)
Though Paul’s work on JAK3 inhibitors started out with the goal of developing a drug to prevent rejection of kidney transplants, they ultimately did not end up proceeding to Phase 3 clinical trials in this patient population. However, Paul and his team began thinking of how this drug may affect the immune system in other conditions, particularly autoimmune disease. They started to investigate using this drug for various autoimmune conditions including rheumatoid arthritis, ulcerative colitis, and psoriatic arthritis, and the preliminary results looked promising. The drug could be used to treat these conditions at much lower doses than were needed for kidney transplant patients. After a lot of hard work, the drug tofacitinib was approved for use in these patient populations. Tofacitinib is known by the brand name Xeljanz and was the first new pill-based treatment for rheumatoid arthritis in over ten years. It has been rewarding to hear positive feedback from patients and doctors who appreciate their work developing this drug. Paul and his team led the way in using JAK3 inhibitors to treat autoimmune disease, and now other drug companies and research groups are also developing new treatments in this area.

Book Recommendations (38:07)
All the light we cannot see by Anthony Doerr and Brave Genius: A Scientist, a Philosopher, and Their Daring Adventures from the French Resistance to the Nobel Prize by Sean B. Carroll.

Most Treasured Travel (41:04)
Paul will never forget a whirlwind trip he took with colleagues to various countries in Western Europe to meet with national agencies responsible for overseeing drug approvals and public health (analogous to the FDA in the United States). Being able to see how these similar organizations operate across different countries and cultures was fascinating. He remembers a more relaxed atmosphere in Portugal where their team was served tea and cookies. The environment was less relaxed in England, and the tone of the meeting in Germany was even more serious. Despite the different experiences in each country, the organizations were all interested in the same aspects of the science. The trip had a full itinerary, but Paul was able to spend some time in Hyde Park in London taking in the sights and listening to people on soapboxes.

Quirky Traditions and Funny Memories (43:56)
When Paul was working with Phillip Sharp at MIT, he became friends with wonderful scientists who he continued to keep in touch with over the years. In that lab, they had a running joke about how, as a person of Armenian descent, Paul and his family were enthusiastic about sheep and lamb. When he had an engagement party years later, his friends arrived wearing sheepskin coats. They continued to wear the coats for the duration of the party despite the temperatures exceeding one hundred degrees on that unusually hot and humid July day. Paul appreciated this tribute, and their commitment to the ongoing joke.

When Paul worked at Pfizer, he had an opportunity to participate in their Scientific Ambassadors program. Through this program, he had a chance to talk to patients and hospital groups about his research. It was wonderful to see that people were really interested in hearing about the stories, the successes, and the challenges of drug discovery that he shared. Paul has also done guest presentations in his kids’ science classes at school, and these have been very rewarding as well.

Advice For Us All (51:59)
It is important to read about science and medicine from many sources and different points of view to make balanced decisions. We need more thoughtful discussions and more engagement in scientific thinking in our world today, and helping get more young people excited about science is part of the solution. Read as much as you can and talk to as many people as you can to come to your own decision because the decisions that we make will impact everything in the life of the planet going forward.

Guest Bio
Paul’s introduction to immunology began when he was 5 or 6 years old – in the office of his pediatrician, Dr. Mary Perry. She took the time to explain to me why I always felt so bad when the apple blossoms came out in the orchard adjacent to our home – things flying through the air – my immune system mistaking them for a threat and making immunoglobulin E antibodies. He doubts he completely understood her at such a young age, but it had a huge impact and launched his interest in the immune system, medicine, and physiology. That interest lead to graduate school in Immunology, to Pfizer where his initial focus was finding drugs to block the immune response to a transplanted kidney, to his current efforts on modulating the immune system for autoimmune disease like rheumatoid arthritis, as well as the role of immune system in fighting cancer. When not reviewing the latest set of data delivered by the wonderful scientists in his group at Aclaris – Paul enjoys his family (wife, three kids and first grandchild) in suburban Boston, long walks in the various seasons offered by New England, occasionally playing his trumpet, and working on assembling the history of his grandparents – who escaped the Armenian genocide at the height of World War I to give his family a new life in America. There is, however, solid data that his occasional trumpet playing has led to more than one neighborhood dog trying to bite their own ears off.