Listen to the Episode Below (00:45:30)
Play / pause
1x
1.5x
2x
0:00
0:00
00:45:30
volume
iTunesGoogle PlayShare Leave a ReviewClammr ItListen in a New WindowDownloadSoundCloudStitcherSubscribe on AndroidSubscribe via RSS
Sign up to receive bonus content about our guests and sneak peeks for a guest from the next week’s interviews! 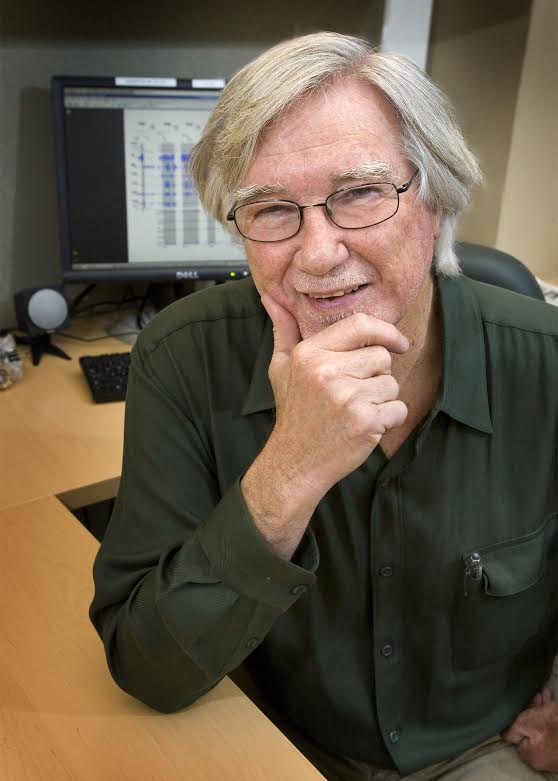 Dr. Reggie Edgerton is a Professor in the Department of Integrative Biology and Physiology at the University of California, Los Angeles. Reggie received his Master’s degree from the University of Iowa and his PhD in Exercise Physiology from Michigan State University. Reggie’s work has been featured by CNN, USA Today, The New York Times, the LA Times, Popular Mechanics, and other media outlets. He has also co-authored two books entitled The Biology of Physical Activity and An Atlas of the Lesser Bushbaby. Reggie is here with us today to tell us all about his journey through life and science.

Life Outside of Science
When he’s not immersed in science, Reggie loves to listen to jazz and go to jazz festivals. Though not a musician himself, he is inspired by the creativity of the musicians and really enjoys the music.

The Scientific Side
Reggie is interested in how we move and how our brain and spinal cord control our movements.

A Dose of Motivation
Being a scientist is the best job in the world. Reggie feels like he has gotten a scholarship for life to learn about the things he is interested in.

What Got You Hooked on Science?
Reggie grew up on a farm which was a rich natural and biological environment. From an early age, he remembers being very curious about movement and what limits movements. He was also particularly interested in sports and got involved with the swim team in college. There, a scientifically minded coach taught him how science could be applied to understand movement.

The Low Points: Failures and Challenges
To be able to make great strides in studying spinal cord injury, you need an integrative team of experts to understand how all the pieces fit together. The downside is that it is expensive to maintain this team. Reggie has supported his lab team through NIH grant funding, but they have run into times where the grant funding was about to run out and he nearly lost part of his valuable and talented team. This is one of the big pressures and challenges of the job. If you lose your research funding, people in the lab lose their jobs.

A Shining Success!
One of the very rewarding successes in Reggie’s work is being able to show remarkable improvement in function in people who are completely paralyzed. They can regain some ability to stand and also sometimes regain some voluntary movement in their lower limbs. His lab has been able to do this by leveraging activity-dependent plasticity in the spinal cord and also through modulating the excitability of the spinal cord with stimulation.

Book Recommendations
The Brain That Changes Itself: Stories of Personal Triumph from the Frontiers of Brain Science by Norman Doidge, Subliminal: How Your Unconscious Mind Rules Your Behavior by Leonard Mlodinow

Most Treasured Travel
Some of Reggie’s most memorable travel experiences were exchanges with a collaborator at the University of Northern Arizona studying how motor neurons within the spinal cord control the properties of muscle. They would do the experiments over weekends, starting a set at UCLA, then Reggie would jump on the all-night train Flagstaff and start a set of experiments there. These were 24-hour experiments, and the team would run them back-to-back around the clock rotating sleeping shifts.

Quirky Traditions and Funny Memories
One thing Reggie really enjoyed when he was working in Sweden was that everyone was studying similar questions using different model systems. Many of the scientists were from a wide variety of different countries, so it was fun to get a lot of different perspectives.

Advice For Us All
Try to let your mind be as open as possible and be very careful not to be indoctrinated.

Guest Bio
Two general questions are being studied in Reggie’s lab. One is, how, and to what extent, does the nervous system control protein expression in skeletal muscle fibers? These studies have shown that although the nervous system has a significant influence on the kind and amount of specific proteins synthesized, there are factors intrinsic to individual fibers that also define these properties. The results show also that the neural influence that is associated with muscle fiber types is probably not mediated via the amount or pattern of activity of the motor units.

A second, and general question is how the neural networks in the lumbar spinal cord of mammals, including humans, control stepping and how this stepping pattern becomes modified by chronically imposing specific motor tasks on the limbs after complete spinal cord injury. These studies have shown that the mammalian spinal cord can learn specific complex motor tasks such as standing and stepping.

Reggie’s lab has a very multidisciplinary and integrative approach to science. Their studies have a basic, as well as an applied aspect to them. There are many important, but unanswered questions about the plasticity of the neuromuscular system. Since the neural and the muscular systems are the primary systems that are responsible for the functional features of movement control, it is important to understand how they are defined and how they are modulated to become more or less dysfunctional.