Listen to the Episode Below (00:44:53)
Play / pause
1x
1.5x
2x
0:00
0:00
00:44:53
volume
iTunesGoogle PlayShare Leave a ReviewClammr ItListen in a New WindowDownloadSoundCloudStitcherSubscribe on AndroidSubscribe via RSS
Sign up to receive bonus content about our guests and sneak peeks for a guest from the next week’s interviews! 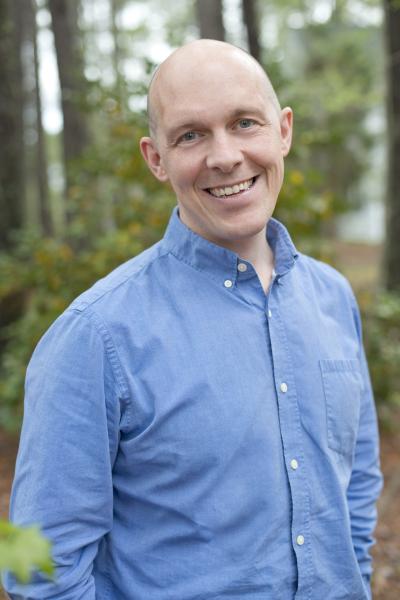 Dr. Rob Dunn is an Associate Professor of Biological Sciences at North Carloina State University.  He is also an accomplished author with his books Every Living Thing, The Wild Life of Our Bodies, and recently released The Man Who Touched His Own Heart. In addition, his writings have been featured in BBC Wildlife Magazine, Scientific American, Smithsonian Magazine, National Geographic, and more. Rob received his PhD in Ecology and Evolution from the University of Connecticut and received a Fulbright Fellowship to conduct postdoctoral research at Curtin University in Australia afterwards. He then completed a short postdoctoral fellowship at the University of Tennessee before joining the faculty at North Carolina State University. Rob is here with us today to tell us all about his own experiences in life and science.

Life Outside of Science
Outside of his life as a scientist, Rob likes to spend time with his two kids. Lately he has been challenging his daughter to chess matches and painting with his son.

The Scientific Side
At work, Rob’s responsibilities include continuing to build and strengthen his department, meeting with students and postdocs to mentor them, teaching, and conducting research. His lab works on a wide variety of projects across a diverse array of organisms, but the uniting themes across all projects are ecology and evolution.

A Dose of Motivation
Most of what is knowable is not yet known.

What Got You Hooked on Science?
As a kid, Rob grew up spending a lot of time outside. His parents were supportive of his curiousity about the world, and he was able to fill their basement with aquariums to house snakes, turtles, frogs, lizards, and various other animals he had collected. Rob has fond memories of family vacations where he would throw his clothes away and sneak samples and animals back with him.

The Low Points: Failures and Challenges
When he was in graduate school, one of Rob’s projects investigated if you could use the presence of animals to assess the recovery status of a tropical forest. This involved hard work and spending a lot of time on bumpy, muddy roads in many different places. Though the solution to his question turned out to be maddeningly simple (the height of the trees is in fact indicative of the status of the forest), these academic challenges are minor when compared to the life challenges that everyone faces, including major family events and coordinating two careers.

A Shining Success!
After a walking brainstorming session in Australia, Rob, his wife, and some friends came up with an exciting and important idea regarding motivation and conservation. It was based on the fact that most people live in cities, so people will primarily be exposed to nature in urban environments. As a result, conservation in cities will be increasingly important for the sustainability of conservation. This has shaped Rob’s work, his thoughts on conservation, as well as the work of others.

Book Recommendations
A Way in the World by V. S. Naipaul

Most Treasured Travel
Rob has spent a lot of time in Ghana, and this was his favorite in a lot of ways. They lived in a sacred monkey village and had to sign an agreement that the villagers would treat them as they treated the sacred monkeys. The village he and his collaborators lived in had outbreaks of two different deadly pathogens while they lived there, which really put things into perspective for him.

Quirky Traditions and Funny Memories
The tradition that unites many of the different groups Rob has worked with is a tradition of people getting together who share a common belief in the joy of searching for truth. One of the really enjoyable parts of the career of a scientist is going to different places to talk about big ideas with  friends and colleagues.

Advice For Us All
Most of what is knowable is not known. If you want to figure something out about the world, you can really pick whatever you want to study because there is still so much we don’t know.

Guest Bio
Rob’s research uses many different approaches to understand the stories of species and how they have changed or may change over time. Some of the species he has investigated include microbes, ants, mosquitoes, and people. One of the guiding principles of Rob’s approach to life and science is that much of what can be known is still unknown. He enjoys spending his time discovering more about the world with his lab and collaborators. His first book, Every Living Thing, was awarded the National Outdoor Book Award for Natural History writing. He has also written The Wild Life of Our Bodies, which examines human relationships with other species and how changes in those relationships are affecting our health and well-being.