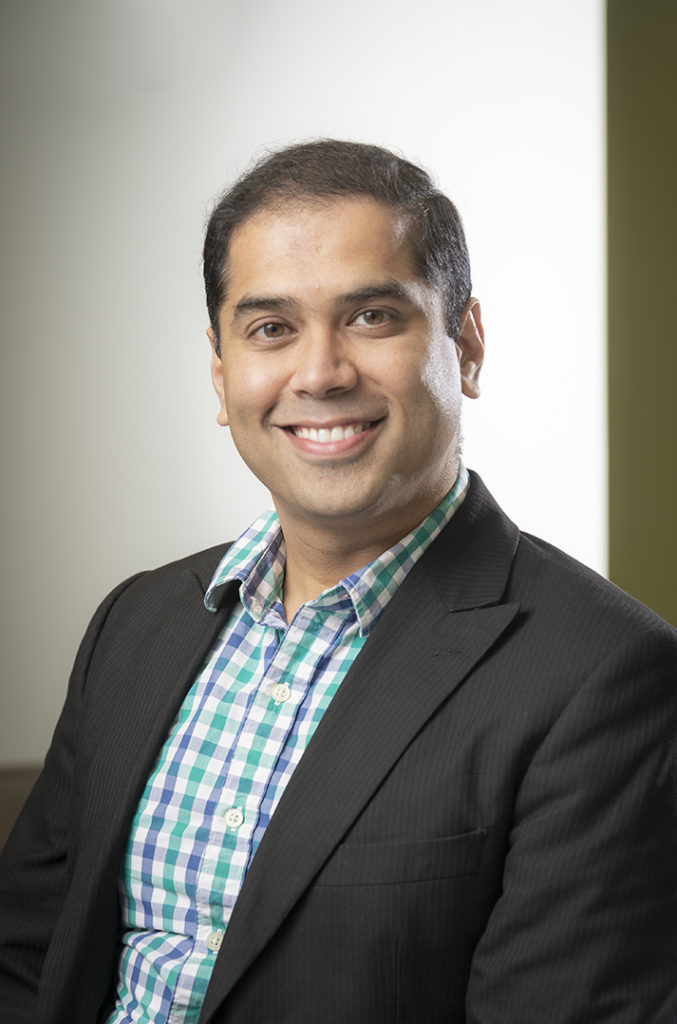 Dr. Shailesh Kantak is a clinician scientist, an Institute Scientist, and Director of the Neuroplasticity and Motor Behavior Laboratory at Moss Rehabilitation Research Institute (MRRI). He is also a recently tenured Assistant Professor in the Department of Physical Therapy at Arcadia University. Shailesh received his Bachelor of Science degree in Physical Therapy from Seth G.S. Medical College and KEM Hospital at Mumbai University. He went on to earn his Master of Science degree in Physical Therapy with a specialization in Neurologic Physical Therapy from Mumbai University as well. Afterwards, Shailesh attended the University of Southern California where he was awarded his PhD in Biokinesiology. Next, he conducted postdoctoral research at the Rehabilitation Institute of Chicago and subsequently the University of Maryland, Baltimore. In our interview, Shailesh shares more about his life and research.

Life Outside of Science (2:32)
Cooking and sharing homemade meals with friends are two things that bring Shailesh a lot of joy. He also enjoys gardening and traveling (though he hasn’t been able to travel much lately).

The Scientific Side (5:08)
Shailesh is a clinician scientist who is dedicated to helping people with neurological injuries recover better and more quickly. He is interested in understanding why some people respond well to treatments and recover more fully, while others do not.

A Dose of Motivation (7:19)
“Never doubt that a small group of thoughtful committed individuals can change the world. In fact, it’s the only thing that ever has.” – Margaret Mead

“Be stronger than your strongest excuse.” – Alan Maiccon

What Got You Hooked on Science? (13:53)
When thinking about what he wanted to do for his career, Shailesh knew that he wanted to work with people, likely in a clinical profession. Where he grew up in India, students were required to take a state-level exam, and performance on the exam determined the programs to which students could apply. Based on his scores, Shailesh could choose from physical therapy or dentistry. Physical therapy really appealed to him because it is a collegial profession where therapists work with patients to help them recover. Shailesh was particularly interested in the brain and neurological rehabilitation. After graduation, he participated in various continuing education programs, and it was exciting to apply what he was learning when working with patients. These education opportunities opened his mind to the importance of using research to inform clinical practice to provide the best care. Shailesh also began to wonder why there was so much inter-individual variability in response to treatments. Two patients with similar neurological damage may respond very differently to similar treatments, and he had to know why. This curiosity is what drove Shailesh to pursue a PhD and begin conducting his own research in the field.

The Low Points: Failures and Challenges (23:16)
After accepting his position at MRRI, Shailesh worked tirelessly to submit numerous grant applications, and it was frustrating to have these applications rejected. It was a really challenging time but also a period during which he learned a great deal. By persevering and being open-minded, Shailesh was ultimately successful. It was particularly helpful for him to get feedback from his colleagues. For one of his grants, they suggested he should focus only on the first aim of the grant and split it out into three separate aims. At first, Shailesh was disappointed by the feedback, but he put together a new aims page, and this grant submission was funded.

A Shining Success! (26:57)
Recently, Shailesh and his colleagues at Arcadia University published a paper in which they proposed a comprehensive, systematic framework that helps clinicians analyze movement and hypothesize different factors that may contribute to a person’s movement deficit. This paper has received a lot of attention in the field of physical therapy, and it has had an impact both on how clinicians think about treating people with movement disorders as well as how educators treat future clinicians in this area. Another exciting success was when Shailesh’s first NIH R01 grant was funded. He’ll never forget that moment when he opened the email and saw the notice of award. His parents were visiting that morning, and he ran out of the room with his heart racing to celebrate with them. It was exhilarating.

Most Treasured Travel (31:36)
The Highlands of Scotland are one of the most remarkable places Shailesh has visited. The natural beauty is magnificent. When Shailesh is preparing to wrap up his career years from now, he hopes to rent a cottage and write his last grant there. One place on the top of Shailesh’s dream destination list is New Zealand.

Quirky Traditions and Funny Memories (33:19)
As a graduate student, one of Shailesh’s favorite lab traditions was their international potluck parties. The lab he was working in had people from a variety of countries including Taiwan, Thailand, India, France, and the U.S. For the potlucks, each lab member brought a dish from their country to share with the group. It was always a fun event with amazing food. At MRRI, Shailesh enjoys their annual holiday party where they play a white elephant gift exchange game. There is a showpiece gift that re-emerges every year, and it has been funny to see who will end up with the small statue of sea creatures holding hands at the end of each game.

Advice For Us All (38:16)
Be kind to yourself as well as to others. Also, respect people for who they are and the different experiences and perspectives they have. Don’t be afraid to think big, work hard, persevere, and always be open to change. Remember that science is a wonderful human endeavor that has the potential to change human lives. This makes your work as a scientist even more meaningful and rewarding.