Listen to the Episode Below (00:50:50)
Play / pause
1x
1.5x
2x
0:00
0:00
00:50:50
volume
iTunesGoogle PlayShare Leave a ReviewClammr ItListen in a New WindowDownloadSoundCloudStitcherSubscribe on AndroidSubscribe via RSS
Sign up to receive bonus content about our guests and sneak peeks for a guest from the next week’s interviews! 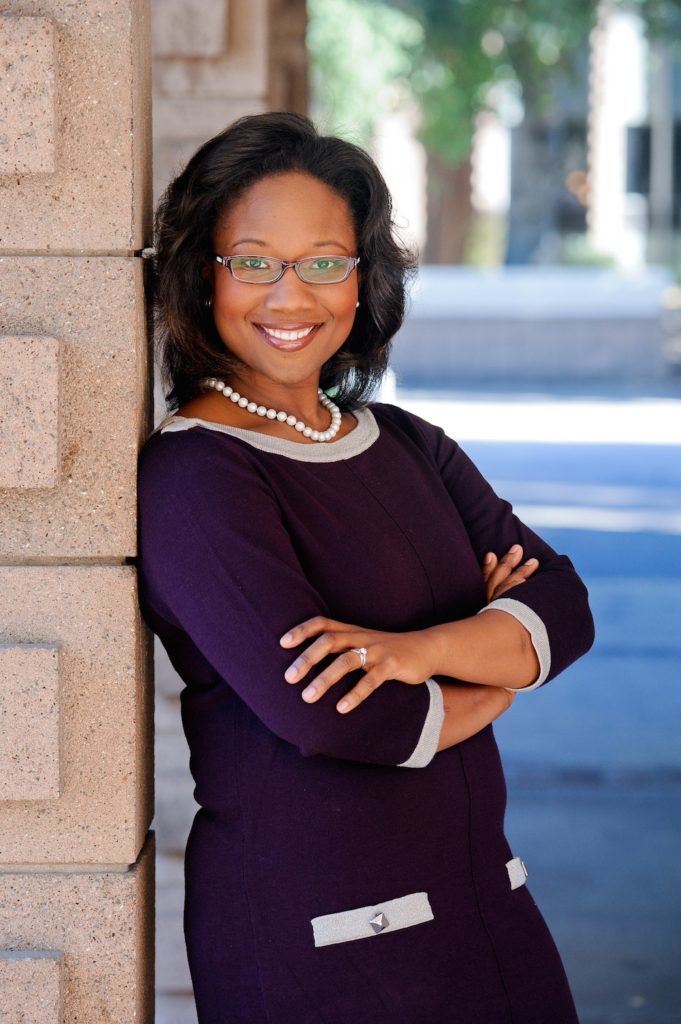 Listen Free on Stitcher Radio
Dr. Talithia Williams is an Associate Professor of Mathematics and Associate Dean for Research and Experiential Learning at Harvey Mudd College. In addition, Talithia is Host of the PBS Series NOVA Wonders and author of the book Power in Numbers: The Rebel Women of Mathematics. She received a B.S. in mathematics from Spelman College, and while an undergraduate student, Talithia conducted research at the NASA Jet Propulsion Laboratory. After graduating, Talithia went on to earn a master’s degree in mathematics from Howard University, a master’s degree in statistics from Rice University, and a PhD in statistics from Rice University. Prior to joining the faculty at Harvey Mudd College, Talithia conducted research at the NASA Jet Propulsion Laboratory, the NASA Johnson Space Center, and the National Security Agency. Talithia has received numerous honors and awards throughout her career, including the Mathematical Association of America’s Henry L. Alder Award for Distinguished Teaching by a Beginning College or University Mathematics Faculty Member and The Claremont Colleges Diversity Mentor Award. In our interview Talithia shares more about her life and work.

Life Outside of Science (2:49)
In addition to being a mathematician and researcher, Talithia is a mother of three boys, a wife of 15 years, a TV show host, an author, and a person of faith. She enjoys spending time with her family, traveling, being involved in her church, volunteering, and helping people in her community.

The Scientific Side (3:56)
Talithia is a mathematician who does disease modeling. She has been working with the World Health Organization to create models of the rates at which groups of people develop cataracts over time. Left untreated, cataracts can cause partial or complete blindness. In the U.S., cataract surgery is quick and accessible, but this is not the case in other countries. Knowing where there is the greatest need for treatment is important for the World Health Organization as they make decisions on where to send ophthalmologists to perform surgeries.

A Dose of Motivation (6:55)
“There’s a redemptive power that making a choice has rather than feeling like you’re an effect to all the things that are happening. Make a choice. Just decide what it’s gonna be, who you’re gonna be, how you are going to do it. Just decide. And from that point, the universe will get out of your way.” – Will Smith

What Got You Hooked on Science? (13:21)
In her childhood, Talithia had always been fascinated by science. While she wasn’t the top student in her class, she did pretty well in math throughout her school years. During her senior year of high school, Talithia took an Advanced Placement Calculus class. Her teacher pulled her aside after class one day and told her that she should consider majoring in math in college. Having someone outside of her friends and family affirm her mathematical ability and encourage her to pursue math in college had an enormous impact. When Talithia started college, she was introduced to other people who looked like her and either had advanced degrees in mathematics or were peers majoring in mathematics. Talithia decided to continue her studies after graduation in a mathematics PhD program at Howard University. While at Howard University, Talithia took a biostatistics course as an elective. She became captivated by the power of data and how data could be used to tell stories, reveal inequities, communicate, and change policy. She decided to change her trajectory to pursue a PhD in statistics.

The Low Points: Failures and Challenges (26:35)
Talithia ran into a major challenge at the very end of her PhD dissertation. The day before her scheduled dissertation defense, Talithia was practicing her presentation with her advisor. Her project involved creating a model of rainfall events and validating it using both simulated data and real data. Her model worked great and accurately predicted rainfall rates for simulated data. However, when she ran the model on real data from a rainfall event, the model always crashed. Her advisor told her that if she couldn’t get her model to work on real data, she couldn’t defend her dissertation tomorrow. For the past six months, Talithia had been trying to get the model to work on real data, and the model failed every single time. She started to worry. Talithia’s advisor stood over her shoulder while she scanned through pages and pages of code, but Talithia had no idea what else she could do. At that moment, Talithia heard a voice in her head that she believes was divine inspiration. It said to cut out the beginning and the end of the dataset and just feed the middle portion of the data into the model. Sure enough, it worked. Her advisor said the graphs looked good, they could be added to the presentation, and she’d see Talithia tomorrow at the defense. Talithia later realized that the model had been crashing because the rainfall rates were too low at the very beginning and very end of the rainfall events in the real datasets, so the model didn’t have enough information to run when those portions of the data were included. Talithia made it through this high-stress situation and successfully defended her dissertation.

A Shining Success! (30:41)
When she first got to graduate school, Talithia struggled with finding a sense of community. She was the only female and the only African American person in her cohort at Rice University. This felt really isolating. However, instead of dwelling on how she didn’t feel like part of the group, Talithia used this as an opportunity to bring the whole group together and build her own community. She sent an email to her peers and made a plan that they would have lunch together on Wednesdays and then do homework together in the library. Because of her coordination efforts and conscious decision to build a community, their cohort ended up becoming one of the closest classes of students in the program’s history.

Book Recommendations (35:17)
Power in Numbers: The Rebel Women of Mathematics by Talithia Williams, Hidden Figures: The American Dream and the Untold Story of the Black Women Mathematicians Who Helped Win the Space Race by Margot Lee Shetterly

Most Treasured Travel ( 38:53)
Talithia had an opportunity to visit Abu Dhabi to attend an education conference for elementary, middle, and high school teachers. She was invited to participate in a panel discussion about technology in education, the importance of education, and other issues. This was her first time traveling to the United Arab Emirates, and it was wonderful to experience a completely different culture. There, it is customary for women not to engage in physical contact with men or look men in the eye. Talithia had to be really conscientious of this because she is an outgoing person who is used to shaking hands and hugging people. After the panel discussion, many of the women approached Talithia to take pictures with her, and it was a lot of fun. During her short stay in Abu Dhabia, Talithia was also able to visit a shopping mall near her hotel and peruse the luxury high-end shops.

Quirky Traditions and Funny Memories (43:19)
As an undergraduate student, Talithia and her labmates decorated their lab coats and played music in the lab. Now, at Harvey Mudd College, one of her colleagues does research on the cornea (the outermost layer of the eye). Every summer, her students make eyeball desserts like cakes, jello, and cupcakes, and Talithia and her students get to visit the lab, learn about their work, and sample the eye-themed snacks.

Advice For Us All (48:29)
As a scientist, it is not effective to try to engage people and change their opinions by force. You have to find a way to make the science and data appealing to someone to have a chance to change how they think about it. Also, keep moving forward. Think about what you would do if you weren’t afraid. Recognize your fears, face them, and realize that despite your fears, you have an opportunity to move forward.

Guest Bio
Talithia takes sophisticated numerical concepts and makes them understandable to a wide audience. She is well known for her popular TED Talk, “Own Your Body’s Data”. Talithia enjoys demystifying the mathematical process in amusing and insightful ways, using statistics as a way of seeing the world in a new light and transforming our future through the bold new possibilities inherent in the STEM fields. She develops statistical models which emphasize the spatial and temporal structure of data and has partnered with the World Health Organization in developing a cataract model used to predict the cataract surgical rate for countries in Africa. Through her research and work in the community at large, she is helping change the collective mindset regarding STEM in general and math in particular – rebranding the field of mathematics as anything but dry, technical or male-dominated but instead a logical, productive career path that is crucial to the future of the country. Talithia is active in her faith community and serves with her husband as a Christian marriage mentor couple, all while being the mom of three amazing boys.