Listen to the Episode Below (00:34:22)
Play / pause
1x
1.5x
2x
0:00
0:00
00:34:22
volume
iTunesGoogle PlayShare Leave a ReviewClammr ItListen in a New WindowDownloadSoundCloudStitcherSubscribe on AndroidSubscribe via RSS
Sign up to receive bonus content about our guests and sneak peeks for a guest from the next week’s interviews! 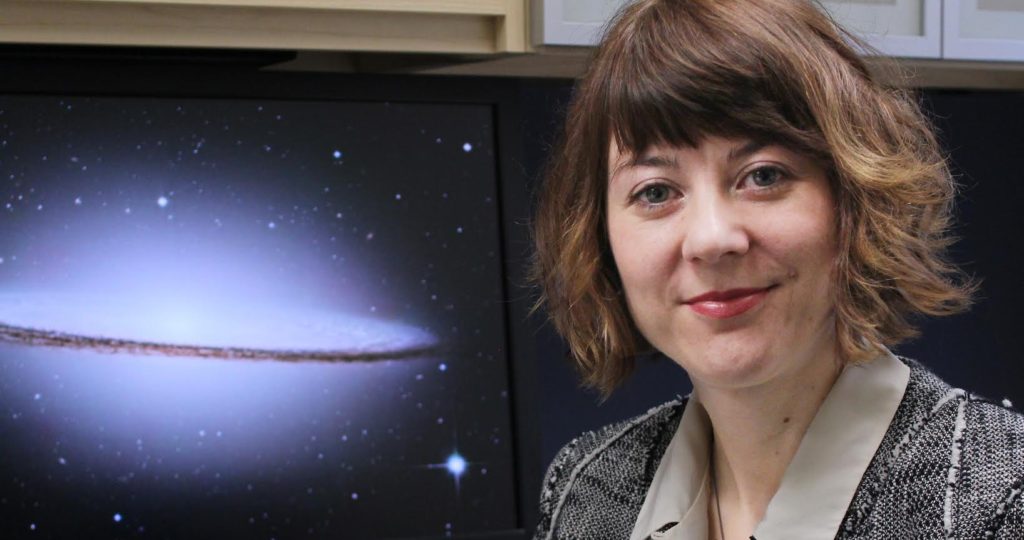 Dr. Tamara Bogdanović is an Assistant Professor in the Georgia Institute of Technology School of Physics, as well as a member of the Center for Relativistic Astrophysics . She received her B.Sc. in Astrophysics from the University of Belgrade in Serbia and her Ph.D. in Astrophysics from Pennsylvania State University. Tamara conducted postdoctoral research at the University of Maryland, where she received a NASA sponsored Einstein Postdoctoral Fellowship as well as an Astronomy Prize Theory Postdoctoral Fellowship. She has also been named an Alfred P. Sloan Research Fellow, a Cottrell Scholar, and a Cullen-Peck Fellow in recognition of her research and teaching. Tamara is with us today to share stories from her life and science.

Life Outside of Science (2:07)
Free time for Tamara is spent outdoors hiking in the woods or strolling around the neighborhood with her husband. She also likes participating in group yoga classes and immersing herself in different worlds through reading.

A Dose of Motivation (5:21)
“A true Jedi uses the Force for knowledge and defense, never for attack.” -Yoda from Star Wars

What Got You Hooked on Science? (6:43)
Growing up in a small town in Serbia, Tamara had a wide variety of early career aspirations, spanning from ballerina to architect. She recognized early on that she enjoyed solving challenging problems, but it wasn’t until high school that she became aware of astrophysics as a potential career field. Astrophysics was appealing because it incorporated challenging problems, the adventure of discovery, and many of the elements she enjoyed about math and physics. Though there were points where others questioned her career choice, but Tamara’s family was very supportive, and she knew this was the kind of work she wanted to do.

The Low Points: Failures and Challenges (17:02)
When Tamara started applying for faculty positions in a variety of countries, the astronomy job market was grim. The onset of the global economic crisis resulted in many institutions initiating a faculty hiring freeze, which meant the few highly competitive positions in her small field became even more competitive. She was also faced with trying to find a place where she and her husband (also a scientist) could both find jobs, the need to maintain employment to be allowed to stay in the country, and that nagging voice of her high school teacher telling her she should have pursued engineering instead.

A Shining Success! (20:43)
A very important component of an early faculty member’s job is to assemble a laboratory and a team of students, postdocs, and/or staff members who can quickly get up to speed and start making important contributions to the field. About a year or two ago, Tamara’s research group reached this threshold, and they have begun making important contributions to various research topics. This was really rewarding, and it was also exciting to have her research efforts recognized this year through receipt of the Cottrell Scholar Award and Cullen Peck Fellowship.

Most Treasured Travel (24:09)
In 2010, Tamara traveled with her now-husband to the Meeting of the American Astronomical Society in Hawaii. Tamara enjoyed presenting her research and re-connecting with colleagues. In addition, she and her fiancé decided a week before the conference to get married in Hawaii while they were there, and they had a beautiful small ceremony on the beach. After this trip, they traveled to different cities to celebrate the momentous occasion with friends and family all over the world.

Quirky Traditions and Funny Memories (28:03)
A group of astrophysics faculty members at Georgia Tech started a tradition of holding a series called “Faculty on the Hot Seat” where faculty members candidly answer questions from students, postdocs, and other faculty in the audience. The questions can be about their research or their lives in general. It is a fun and funny way to get to know each other and show students a different side of their teachers and mentors.

Advice For Us All (32:12)
Always look on the bright side of life. There will inevitably be times when things don’t go your way. With a lot of patience, belief in yourself, and a pinch of luck, you can make it through anything.