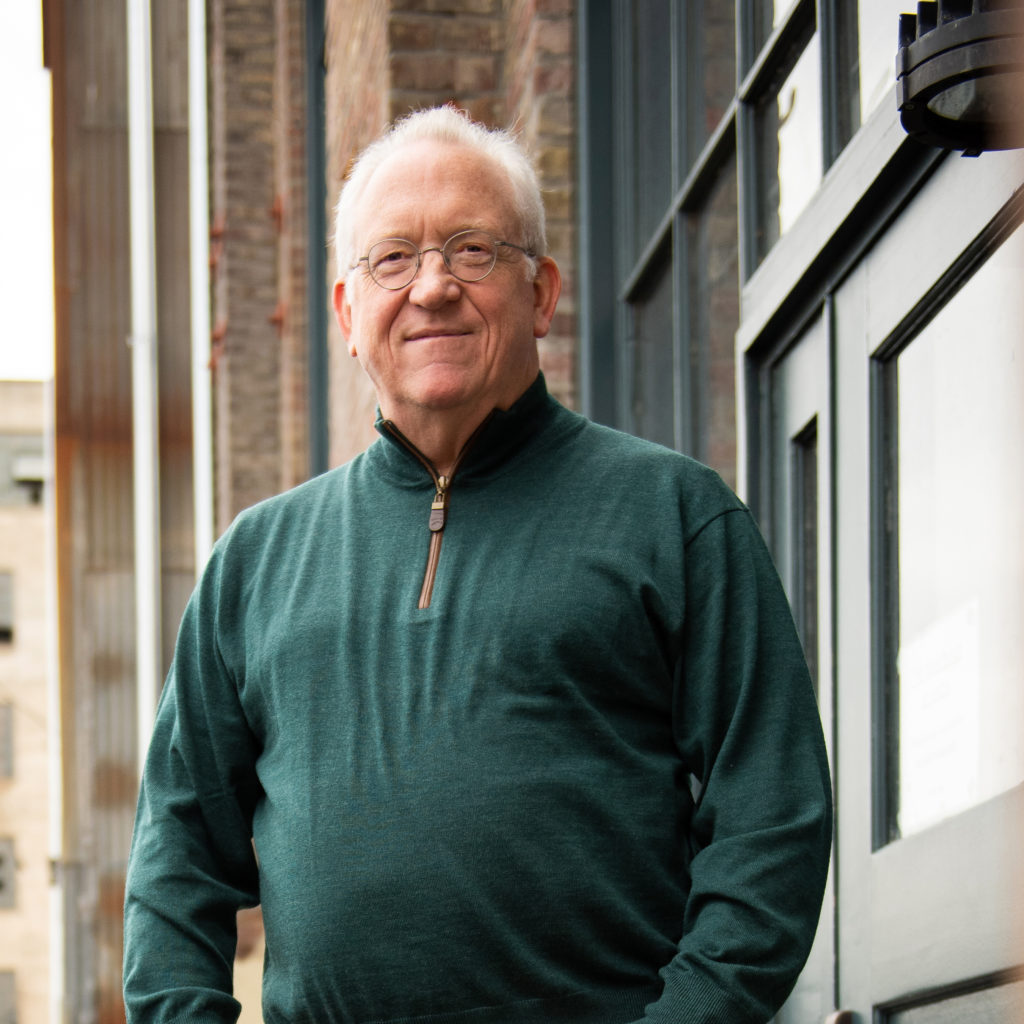 Dr. Tim Behrens is Senior Vice President of Human Genetics at the biotech company Maze Therapeutics and Adjunct Professor of Medicine in Rheumatology at the Medical College of Wisconsin. Tim received his B.S. in biology from the University of Illinois at Urbana-Champaign and his M.D. from Southern Illinois University School of Medicine. He completed his residency in Internal Medicine and a fellowship in Rheumatology/Immunology at the Medical College of Wisconsin. Afterwards, Tim worked as an emergency room physician at Brookfield Memorial Hospital in Wisconsin for about a year before accepting a postdoctoral fellowship at the National Cancer Institute of the National Institutes of Health. Tim joined the faculty at the University of Minnesota Medical School in 1992, and he worked there until 2006 when he accepted the position of Senior Director and Head of the Department of Human Genetics at Genentech, Inc. After over a decade at Genentech, Tim became an independent consultant and later accepted his current position at Maze Therapeutics. Tim has received numerous awards and honors over the course of his career, including recognition for one of the Top 10 Advances in Rheumatology in 2003 and 2004 by the Arthritis Foundation, being named the John F. Finn Arthritis Foundation Land Grant Endowed Chair at the University of Minnesota Medical School, as well as receipt of the Edmund L. Dubois Memorial Award for Research in Lupus from the American College of Rheumatology, the Leukemia & Lymphoma Society Scholar Award, the Feltl Family Award for Research in Rheumatic Disease, and other honors. In our interview, Tim shares more about his life and science.

Life Outside of Science (3:02)
Tim is an avid outdoors enthusiast, and he loves spending his free time canoeing, fishing, and going on wilderness trips. He also enjoys playing the guitar, hanging out with his wife and two children, and playing fetch with the family dogs.

The Scientific Side (4:28)
In his research, Tim is applying lessons and insights from human genetics to develop new drugs for different diseases. For example, Tim and the team at Maze Therapeutics are developing a drug that activates the immune system in new ways to fight cancer.

A Dose of Motivation (8:16)
“Always do the next obvious experiment.” – David Baltimore

What Got You Hooked on Science? (11:36)
When Tim was in high school, he was fortunate to have a phenomenal science teacher. His teacher had been an anatomy professor at a four-year college, and his enthusiasm for science and anatomy was contagious. The class was difficult, but it got Tim interested in science. He decided he wanted to go to medical school to become a family practice doctor. During medical school, Tim had an opportunity to work in a research lab. The experience of designing his own experiments, conducting research, and interpreting his results was thrilling, and it completely changed Tim’s career trajectory. He went on afterwards to accept a postdoctoral position at the National Cancer Institute at the National Institutes of Health (NIH), and this further solidified his desire to pursue a career as a physician scientist.

The Low Points: Failures and Challenges (18:14)
While a postdoctoral fellow at the NIH, Tim was trying to identify new genes that were activated in the immune system. This was before the Human Genome Project had been completed, so it was much more complicated to work on human genes at that time. Tim knew that he only had three years for his fellowship, so he had to complete his project quickly, but everything took longer than he expected. Tim spent the first 1.5 years just setting up and finalizing the assays he was using in his research. During this period, he came into the lab every day and struggled to figure out what went wrong in the previous day’s experiments before trying again. Tim was fortunate that his mentor was extremely patient and encouraging. Eventually, he had a few successful experiments, and they were able to identify genetic factors involved in the immune system. From there, he picked one factor to focus on and spent the next 1.5 years studying one gene. Tim worked as hard as he could in the lab until the very last day of his fellowship, and when he left the NIH, he hadn’t published a single paper from his research there. He had a lot of data and some papers in progress, but he still had to work hard to get the work published.

A Shining Success! (21:34)
When Tim on the faculty at the University of Minnesota, he was fortunate to have a talented fellow in rheumatology join his lab. They worked together on one of the early studies to identify genetic factors involved in the disease lupus. It was known that lupus was a genetic disease and that it was more common in women, so they designed a study examining pairs of sisters with lupus. This was in the early 1990s, so Tim and his trainee learned early genetic mapping techniques, and there were a lot of failures along the way. By the late 1990’s, they were able to take advantage of newly available gene expression analyses to measure gene expression in cells from human blood. No one had ever measured all of the genes that are turned on and the RNA that is produced in patients with lupus. Tim and the fellow started with a very small experiment with samples from just 10 patients with lupus and 10 individuals without the disease. This experiment produced the most stunning results he has ever had in his career. Comparing the two groups, there were dozens of genes that were very clearly turned on at much higher levels in individuals with lupus than in people without lupus. They knew they had discovered something really important. As they dug deeper, they discovered that all of the genes they identified were related to interferon type I, a signaling molecule released by cells in response to pathogens. The overexpression of interferons may be one of the fundamental factors driving the disease. Now, there is a lot of research and drug development surrounding blocking interferon in lupus patients. Their pioneering work may lead to a new therapy for patients with lupus who don’t have a lot of therapy options.

Book Recommendations (28:53)
The Genius Biographies: Benjamin Franklin, Einstein, Steve Jobs, and Leonardo da Vinci by Walter Isaacson; How to Change Your Mind: What the New Science of Psychedelics Teaches Us About Consciousness, Dying, Addiction, Depression, and Transcendence by Michael Pollan; Why We Sleep: Unlocking the Power of Sleep and Dreams by Matthew Walker.

Most Treasured Travel (30:51)
Tim was invited to visit Tokyo to give a presentation about his research and meet with faculty at the University of Tokyo. He was excited to bring his twelve year old daughter on this trip, and he was delighted when the graduate students in the lab he visited really took her under their wing. His daughter had incredible tours of Tokyo, got to see so many cool places, and try different restaurants. It was great to spend quality time with his daughter as well, checking out the nearby tempura bars with delicious fresh seafood fried right in front of you.

Quirky Traditions and Funny Memories (33:10)
Beginning over 20 years ago, Tim’s lab developed a tradition of celebrating when laboratory members were ready to move on to the next stage of their career. As part of these lab celebrations, Tim wrote a funny poem to commemorate each individual’s quirks, successes, major disasters, and funny moments in the lab. These poems were memorable and definitely appreciated by his lab members. Towards the end of his academic career, he even started to present the poems through rap and song.

Advice For Us All (38:15)
Everyone should have one or more mentors, and it is surprisingly easy to find a mentor. All you have to do is ask. There are so many scientists who want to give back by supporting early career scientists. Also, if you can be persistent and stay positive, things have a way of turning out okay.

Guest Bio
Tim has more than 25 years of expertise in research of the immune system and the genetics of human disease. Prior to joining the team at Maze, Tim was a senior director at Genentech, where he led new drug development across several therapeutic areas, including research in the discovery of genes and biomarkers that characterize basic disease mechanisms in various autoimmune and other disorders. Prior to his career in industry, Tim served on the faculty at the University of Minnesota, most recently as the John F. Finn Arthritis Foundation Land Grant Endowed Chair. There, he studied the genetics of lupus and basic mechanisms contributing to autoimmunity. Previously, Tim worked in the laboratory of Dr. Louis Staudt at the National Cancer Institute at the National Institutes of Health (NIH) in Bethesda, Maryland.