Listen to the Episode Below (00:44:21)
Play / pause
1x
1.5x
2x
0:00
0:00
00:44:21
volume
iTunesGoogle PlayShare Leave a ReviewClammr ItListen in a New WindowDownloadSoundCloudStitcherSubscribe on AndroidSubscribe via RSS
Sign up to receive bonus content about our guests and sneak peeks for a guest from the next week’s interviews! 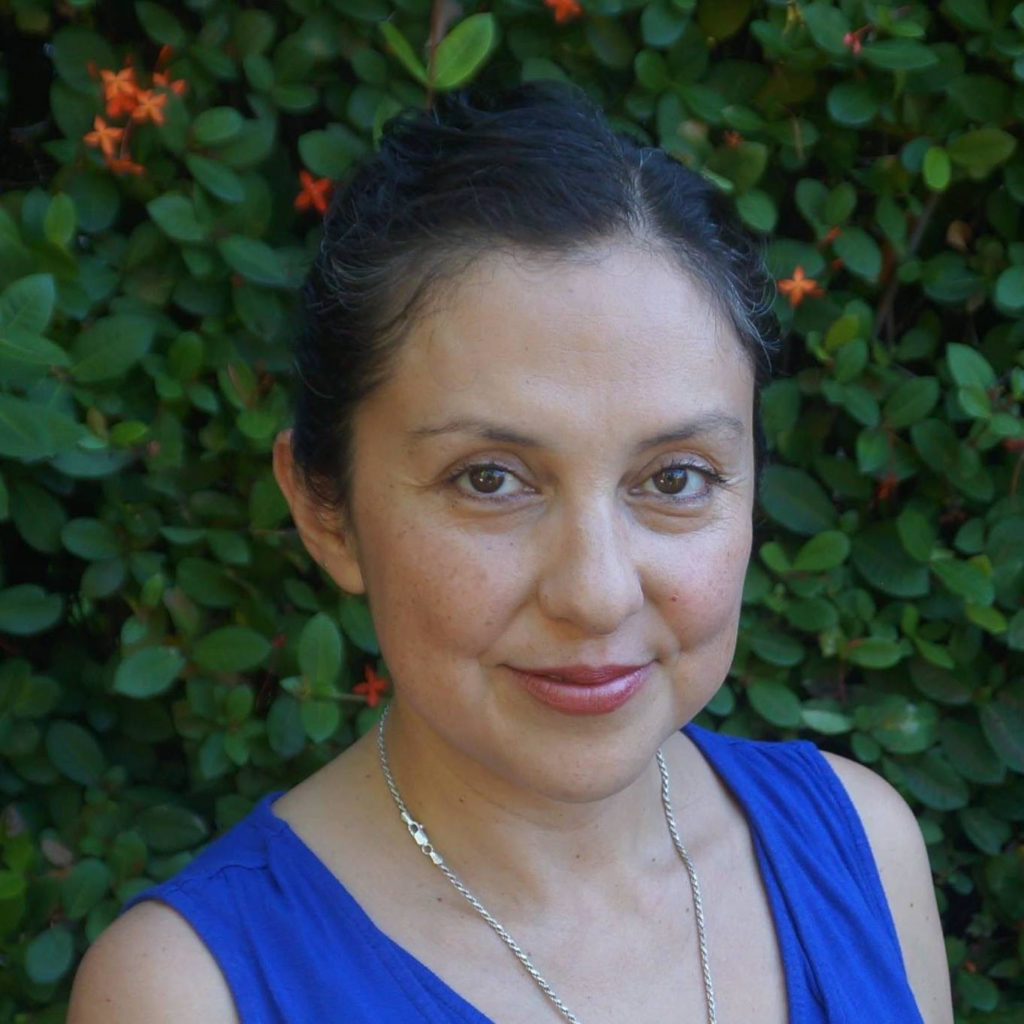 Life Outside of Science (2:08)
When she’s not working, Verónica loves relaxing at home, watching movies, and hiking with her children and husband. She also loves running outdoors, knitting, and reading fiction books in her free time.

The Scientific Side (3:37)
Verónica is an archaeologist and anthropologist who is interested in studying people and life in cities over time. Through her work, she examines how people lived many years ago, what brought them to cities, what made them stay, what were the tradeoffs, and what were the environmental impacts. Her work focuses on the highlands of the Mixteca Alta in the southern Mexican state of Oaxaca. This region was a cradle of urbanism, innovation, and complex societies as early as 300 BC.

A Dose of Motivation (5:24)
Her children have been very motivating and inspiring. Seeing their curiosity when she brings them to work with her in the field is amazing. Verónica has also drawn great inspiration from, and developed strong friendships with, people in the communities in which she works. As a person who was born and raised in Mexico, it is rewarding for Verónica to be able to help teach people more about their history and culture prior to European contact.

What Got You Hooked on Science? (9:28)
Visiting archaeological sites was a formative part of Verónica’s childhood. Her grandfather was a worker at a field site led by a famous female archaeologist. However, Verónica’s family was not pleased when she announced her interest in becoming an archaeologist, because they associated the career with hard labor outdoors. Verónica remembers writing papers about the ancient Phoenicias and their civilization as early as elementary school. At the time, Verónica was reluctant to study Mesoamerican archaeology because she wanted to explore other areas. However, she had a great opportunity to do field work as an undergraduate student in Oaxaca, Mexico, and she fell in love with the place and its history. While working at this field site, Verónica met the scientist who would later become her graduate school advisor, and she continues to study this region in her lab today.

The Low Points: Failures and Challenges (22:08)
During graduate school, Verónica worked in a community in Mexico doing excavations for her dissertation research. Verónica was a young woman who was fairly tall with relatively light hair, so she didn’t match what many people in the community expected an archaeologist or a Mexican person to look like. At first, her project was progressing well. However, after few months, she ran into a major obstacle. Some members of the community were worried that she was exploiting the town, and they demanded that she surrender all of the artifacts she had collected. Verónica tried to explain that she had a permit to do her research, these artifacts were under her care by federal law, and she could not surrender them. Fortunately people in the community who knew Verónica came to her aid. It took a series of negotiations, trips to the National Institute of Anthropology and History (INAH), and explanations from a fellow researcher to resolve the situation. This was scary because it was her first independent research project, and she really struggled to convince people that she was there to conduct authorized research. In the end, she was invited to continue her work there.

More recently, Verónica encountered a situation where a senior researcher in her field tried to block her from receiving a grant to study pottery in an area called Cerro Jazmin in the highland region of Oaxaca, Mexico. The senior researcher had worked there decades ago and felt Verónica was encroaching on his research. Navigating some of the social and political aspects of academia can be frustrating, but Verónica was persistent, and she was ultimately successful in getting funding to work on this project.

A Shining Success! (28:41)
Her research project on pottery in Cerro Jazmin has been very rewarding. As part of the project, they conducted interviews with people who live in the area. Verónica’s team was the first to systematically record with video how to make traditional pottery with the local clay. They ended up putting together a documentary about the local pottery and its history, and it was incredible to return to the community to share the finished film with the community members, including local children. Since the documentary showing, there has been renewed interest in pottery making in the community. As part of this project, Verónica’s team recorded where the clays came from, conducted chemical analysis, and mapped the clay sources. They discovered that Cerro Jazmin has been home to a community of pottery makers for centuries, if not longer, further increasing the perceived value of the craft.

Book Recommendations (2:37)
What I Talk About When I Talk About Running by Haruki Murakami and Treasure Island by Robert Louis Stevenson

Most Treasured Travel (32:13)
A former student from Verónica’s lab is from Japan, and he currently works as an archaeologist on the Island of Kikaijima. A few years ago, the World Archaeological Congress was held in Kyoto, and Verónica had a wonderful time catching up with her former student and talking about their common interests in archaeology. The conference was phenomenal, and it provided great opportunities to talk to scholars from all over the world. Verónica is also a baseball fan, and she’ll never forget the experience of going to a baseball game in Japan during the trip.

Another memorable travel experience was visiting Paris to serve as a member of a student’s doctoral thesis committee. When the student was planning their defense, Verónica was worried because the proposed date coincided with the date she was expecting to give birth to her second child. Verónica convinced the student to postpone the defense for about six weeks so she could participate. As the big day approached, Veronica, her husband, and their four year old and six week old children boarded a flight to Paris. They attended the defense together, and it was great to be there in person to celebrate all of the student’s hard work and accomplishments. It was also nice for Verónica to give her children a chance to see the world and to show people that you can have a family and still be a productive researcher.

Quirky Traditions and Funny Memories (35:53)
Archaeology is a field-based science, and this means that archaeologists spend a lot of time living and working together in the field. Sometimes after a long, cold day working in the rain and mud, it’s really nice to come back to the field house and relax with colleagues over a pot of hot coffee. Verónica has enjoyed bringing her children on field expeditions, and for many of her colleagues, these trips are their first experiences living with children. While it is impossible to completely childproof a field house and lab, she appreciates their efforts to make activities kid-friendly and keep sharp tools and artifacts out of reach. It has also become a tradition for Verónica’s field groups to come together on Sundays for pit-roasted barbacoa and to celebrate the end of each field season with a party.

Advice For Us All (41:31)
Sometimes it really pays to be an optimist. Everyone has doubts, but don’t let them stop you. Keep moving forward. Also, it doesn’t matter what you choose to do in life, just make sure you try to do it well. In addition, remember that science is more than people wearing lab coats working in labs. People from many different backgrounds, fields of study, cultures, parts of the world, and time periods have been generating new knowledge and contributing to science.

Guest Bio
Verónica’s research focuses on understanding different ways that humans have experimented with urban living. Through the powerful lens of archaeology, she does this by looking at examples of ancient urbanism, especially in the Mixteca Alta region of Oaxaca, Mexico. Her work seeks to learn about the impact that urban living had on urban dwellers and the environment. Her research is informed by her training as an ecological and environmental anthropologist. Also, she tries to integrate into her research the interests and concerns of the people and local communities in which her field research takes place. It is striking how populous early cities developed and thrived in a highland region like the Mixteca where current socioeconomic conditions push young people into out-migration. She hopes that her research can ultimately contribute answers to questions regarding how we can make life in cities more sustainable and just for all.

When not at working on her research and teaching, Verónica likes to spend time with her immediate and extended family, traveling to Mexico to be with her extended family whenever possible. She also enjoys just being with her kids and husband, reading, hiking, cooking, and watching movies about whatever they are into at the moment. When she can get some “mommy alone time”, she enjoys running, hitting the yoga mat, knitting, and reading, mostly fiction (from Elena Poniatowska to Pilar Quintana, some children’s fiction from Laura Gallego García or Jaume Copons, and she is currently reading about Alexander von Humboldt’s travels and writings).