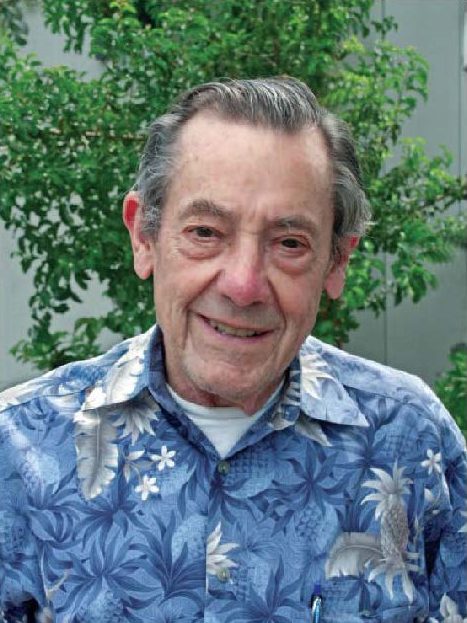 Dr. Winslow Briggs is Director Emeritus of the Carnegie Institution Of Science. He received his Ph.D. in Biology from Harvard University. He has served on the faculty at Harvard University and is a Professor of Biology Emeritus at Stanford University. Winslow has been the recipient of many awards and honors over the course of his career. He is an elected Member of the  U.S. National Academy of Science, a Member of the American Academy of Arts and Sciences, a Member of the German Academy of Sciences Leopoldina, and a Fellow of the California Academy of Sciences. In addition, he was awarded International Prize for Biology from the Japan Society for the Promotion of Science, the Adolph E. Gude Jr. Award from the American Society of Plant Biologists, an honorary doctorate degree from the University of Freiberg, the Finsen Medal from the International Association of Photobiology, the Sterling Hendricks Medal from the U.S. Department of Agriculture and the American Chemical Society, the Stephen Hales Prize from the American Society of Plant Physiologists, the Alexander von Humboldt Senior Scientist Award, and a Guggenheim Fellowship. Winslow is here with us today to talk share his passion for research and tell us about his experiences in life and science.

Life Outside of Science (2:48)
Winslow and his wife have been volunteering at Henry W. Coe State Park in California where there was a wildfire in 2007. He has spent many hours there studying the regrowth of plants, volunteering, greeting the public, and doing outreach. They have also been able to explore areas of the park not open to the public to develop trails and create a detailed map.

The Scientific Side (4:42)
Plants use chlorophyll to harvest light and do photosynthesis, but plants also respond to light signals that allow them to determine the direction the light is coming from, what color it is, how long it lasts, and how bright it is. To do this, plants have special molecules that pick up information about light to affect the plant’s behavior, such as prompting it to grow towards light.

A Dose of Motivation (5:59)
“When in danger, when in doubt, run in circles, scream and shout.”
“Unconscious of their doom, the little victims play.”
“There’s no disputing taste.”

What Got You Hooked on Science? (10:16)
As a kid, Winslow did small electricity experiments and had a chemical set, but his interest in science was really kindled in high school by an excellent science teacher. However, Winslow came from a musical family, and he went to college planning to study music. Despite majoring in music, winslow continued to take science courses as well. Based on his performance in the music curriculum, the faculty encouraged Winslow to pursue science instead.

The Low Points: Failures and Challenges (18:55)
Winslow has been interested for years in better understanding how plants grow towards light. They were searching within the cell membrane to try to discover what was used as a signal to guide this behavior. Winslow and his colleagues identified a protein that had a fascinating response to light, and they were convinced they had found what they were after. Despite doing many experiments and publishing seven academic papers, they were still unable to demonstrate the biological role or relevance of this protein. Slowly, Winslow began to realize that this was not the signaling molecule they were seeking, and they had to abandon the project.

A Shining Success! (23:23)
One of Winslow’s early experiments elegantly tested two theories on how a hormone contributes to the mechanism for how plants grow towards light. This study was published in the prestigious journal Science in 1957, and it now appears in many textbooks. On and off, Winslow kept returning to this question and trying to identify the photoreceptor that signaled the direction of light. With the advent of modern molecular genetics, he and his colleagues were able to finally identify the photoreceptor system responsible for this phenomenon (41 years later!). This has been the most exciting of his scientific discoveries.

Most Treasured Travel (35:56)
When Winslow was awarded the International Prize for Biology, he traveled to Japan with his wife, his three daughters, and their husbands to receive the award. During the award ceremony and reception, he and his family had an opportunity to meet and speak with the Emperor and Empress, and it was marvellous. Afterwards, Winslow and his family were able to do some sightseeing in Tokyo, tour the beautiful castle in Okazaki, visit spectacular shrines in Kyoto, and enjoy phenomenal Japanese food.

Quirky Traditions and Funny Memories (40:16)
Winslow is a fan of wordplay and bad puns. Over the years, he has had many students who didn’t appreciate these terrible puns, but also many students who began to compete with him to try to come up with the best ones. The research groups Winslow has worked in have done many silly things together over the years, and this sense of humor in the lab has made science a lot of fun.

Advice For Us All (43:40)
Be willing to look around the corner. When you’re working on a project, sometimes a new direction will pop up on the periphery, outside of the main project goals. It can be really valuable to pursue these unexpected new directions.

Guest Bio
Winslow acquired a love of natural history as a child, first spending summers  at a boy’s camp in Minnesota, frequently accompanying his father has he ferreted out every Minnesota wildflower he could photograph, taking  family canoe trips in the Superior National Forest, collecting plants for a botanist at the University of Minnesota in the Superior National Forest, and doing a great deal of mountaineering and backpacking. (He was also on the Harvard swimming team as a diver.) More recently, Winslow became intensely interested in the recovery of vegetation after the Lick Fire in 2007 that burned 46,000 acres of Henry W. Coe State Park. He submitted a proposal to the Monterey District of California State Parks and received permission to train a cadre of volunteers in the sorts of observations needed and the project was approved. It went extremely well, there are now almost 20 volunteers who are knowledgeable about post-fire plant ecology, and Winslow may publish the findings from this study. He is also revising a book he wrote on the Trails of Henry W. Coe State Park.