Listen to the Episode Below (00:48:51)
Play / pause
1x
1.5x
2x
0:00
0:00
00:48:51
volume
iTunesGoogle PlayShare Leave a ReviewClammr ItListen in a New WindowDownloadSoundCloudStitcherSubscribe on AndroidSubscribe via RSS
Sign up to receive bonus content about our guests and sneak peeks for a guest from the next week’s interviews! 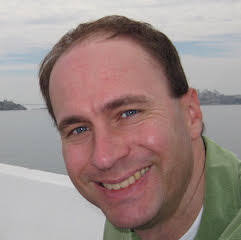 Dennis is an Associate Professor of Biomedical Engineering, Neurobiology, and Otolaryngology at Washington University in St. Louis. He is also the Founder and President of Bonauria, a company that applies machine learning to create hearing tests. Dennis received his Bachelor’s degree in Electrical Engineering from the Georgia Institute of Technology. Afterwards, Dennis earned and M.D. and Ph.D. in Biomedical Engineering from Johns Hopkins University. He conducted postdoctoral research at the Salk Institute for Biological Studies before joining the faculty at Washington University in St. Louis. Dennis is a recent winner of the Washington University Bear Cub Challenge that helps researchers move their ideas from the bench to a business. He is here with us today to tell us all about his journey through life and science.

Life Outside of Science (02:20)
Much of Dennis’s time outside of the lab is spent with his family. They enjoy traveling together and recently spent a sabbatical in Europe. It was exciting for Dennis to visit the museums and take in the historical sites with his wife who is an art historian. In addition, Dennis likes to relax and get some fresh air while riding his bike or hiking in the woods.

The Scientific Side (05:50)
Dennis is an engineer and neurobiologist who studies hearing. His work attempts to reverse engineer the brain’s ability to receive and process sounds so that he can design devices and protocols to help people with hearing problems hear better.

A Dose of Motivation (07:30)
“Science is half asking the right questions and half finding the right answers.”  by Lord Adrian

What Got You Hooked on Science? (10:40)
Growing up, Dennis didn’t really have any scientific role models until graduate school. He did have a thirst for knowledge and spent much of his free time as a kid in the library reading about science and famous scientists. Early on, Dennis aspired to be an astronaut, but he later became fascinated the brain, our sense of hearing, and developing hearing-related technology

The Low Points: Failures and Challenges (28:36)
The most challenging point of  Dennis’s career (which he thought was going to end his scientific career) occurred while he was an Assistant Professor. He and a graduate student were working on a project that involved collecting neural recordings from patients undergoing brain surgery as part of their medical care. Their paper required major revisions after review, but two weeks before the revisions were due, Dennis’s student decided to leave graduate school. This was devastating because Dennis was depending on publishing this project for his tenure review.

A Shining Success! (35:06)
After the aforementioned failure, Dennis began to re-think the factors that were most important to the types of interventions he was interested in. The lab then shifted its focus over the next several years to begin examining ways to engage computers in diagnosing hearing loss. This change in direction allowed him to pursue the rehabilitation applications that could make a big difference for people with hearing impairments.

Book Recommendations (04:00)
The Signal and the Noise: Why So Many Predictions Fail – but Some Don’t by Nate Silver

Most Treasured Travel (39:35)
When Dennis was a postdoctoral fellow in San Diego, he loved exploring Southern California. He and his wife are both academic faculty members, and she was in North Carolina during that time. This meant Dennis was on his own to get out and see the sites. He did a lot of the fun touristy things while he was there that he might never have otherwise done.

Quirky Traditions and Funny Memories (41:30)
Dennis recently had a postdoc in his lab who was skilled practical joker. He remembers an incident where a student in the lab was working hard writing a grant proposal, and the postdoc printed off a very official looking letter that announced the deadline of this grant proposal had been moved up and was now due the next day. The postdoc left the letter on the unsuspecting student’s desk, and chaos ensued for the next hour before the prank was revealed.

Advice For Us All (45:30)
People are always more important than things.

Episode Sponsor
Washington University in Saint Louis Skandalaris Center for Interdisciplinary Innovation and Entrepreneurship: Learn more about the excellent programs from the Skandalaris Center, including the Boeing Challenge.

Guest Bio
Dennis and his lab are interested in understanding how the brain encodes and processes information. The vertebrate nervous system routinely achieves feats of pattern recognition unparalleled by modern computers. The natural algorithms underlying this pattern recognition and the neuronal circuitry computing are targets for research in his lab. They accomplish this predominantly by measuring single and bulk neuron activity in awake subjects. They are particularly interested in how complex sounds are encoded in the brain when interfering noise is present and how language is processed. In related work, the research group also seeks to be able to manipulate brain function for therapeutic purposes using noninvasive technologies. One example of this is a series of smartphone-based video games they have designed to deliver listening training. These games are intended to optimize listening skills with a hearing-assist device, such as a cochlear implant or hearing aid. As a component of these games, Dennis and his lab members  are devising completely new tests of hearing and listening ability that empower patients and clinicians alike to track their ability and progress.