Listen to the Episode Below (00:30:58)
Play / pause
1x
1.5x
2x
0:00
0:00
00:30:58
volume
iTunesGoogle PlayShare Leave a ReviewClammr ItListen in a New WindowDownloadSoundCloudStitcherSubscribe on AndroidSubscribe via RSS
Sign up to receive bonus content about our guests and sneak peeks for a guest from the next week’s interviews! 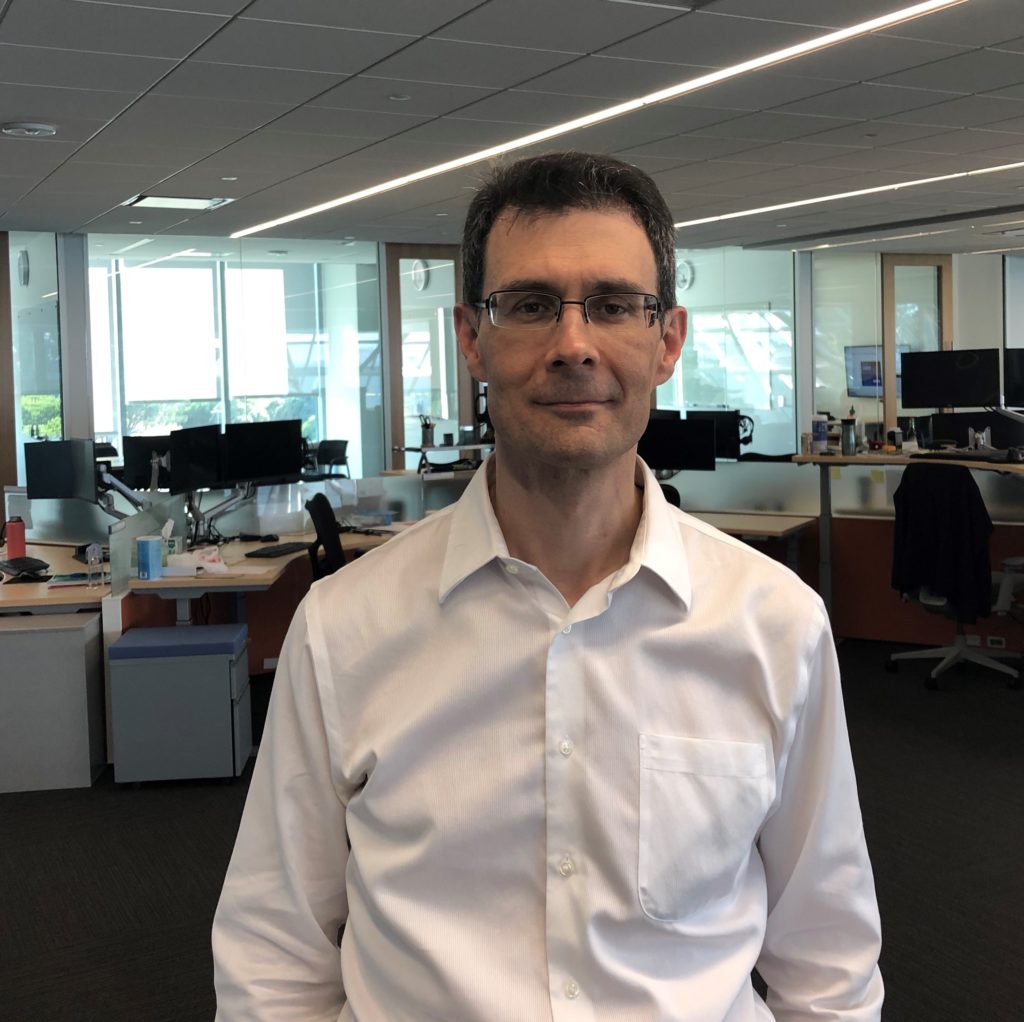 Dr. Edward Rebar is Senior Vice President and Chief Technology Officer at Sangamo Therapeutics. Ed earned his B.S. degree in biochemistry from Rutgers University and his Ph.D. in biophysics and structural biology from MIT. He conducted postdoctoral research at the University of California, Berkeley before joining the team at Sangamo in 1998. In our interview, Ed shares more about his life and research.

Life Outside of Science (1:49)
When Ed isn’t at work, he loves being outside with his wife, going to local parks, and visiting National Parks. When walking around observing nature, he tries to understand the story behind what he sees. Ed particularly enjoys exploring and pondering the amazing rock formations in Southern Utah.

A Dose of Motivation (7:18)
“A society grows great when old men plant trees whose shade they know they shall never sit in.” -Greek Proverb

What Got You Hooked on Science? (9:38)
From a young age, Ed’s father encouraged him to develop and his thoughts and ideas. This has been very helpful in science. For Ed, science allowed him to explore things that were new, interesting, and cool. His interests guided him towards science throughout his school years, and they continue to guide the projects he pursues today. As Ed progressed through his career in science, he was drawn to the idea of being able to have an impact and help people. These goals led him to working in industry in a clinical research field.

The Low Points: Failures and Challenges (16:27)
In early graduate school, Ed encountered a major challenge. He was working on a new project, seemed to be doing things that made sense, but nothing worked. The project he was working on involved engineering zinc finger proteins (key for editing genes and modifying gene expression) by expressing them on the surface of a phage. Phages are viral vectors that can be used for genetic engineering. This was a completely new area of research, and no one had ever done this project before. Ed spent a lot of time trying to get the experiments to work, but it was extremely difficult. When an experiment failed, he came up with about 30 different things that might have gone wrong, and he had to systematically work through these to troubleshoot. Eventually, Ed managed to get the system to work, and he was able to use it for this thesis research.

A Shining Success! (19:47)
In recent years, it has been exciting to see the therapies they have developed translated to the clinic where they have potential to provide real benefits to patients. A tremendous amount of work goes into developing these therapies, characterizing their specificity and activity, and completing the necessary testing to get them approved for applications in patients. It is so rewarding to get to this point where these therapies are being used by patients, and the team has an opportunity to talk with the patients and hear their stories.

Book Recommendations (21:01)
Zen and the Art of Motorcycle Maintenance by Robert M. Pirsig

Most Treasured Travel (23:15)
Through his work, Ed has had an opportunity to travel to many beautiful and exotic locations around the world. However, the scientific meetings that have been the most vividly memorable and emotionally impactful were the ones where he or a colleague were presenting something really new. Being in the room when a new idea is presented for the first time is amazing. There is this feeling of electricity in the air, and you can see how people react to hearing these new findings for the first time.

Quirky Traditions and Funny Memories (25:16)
Over the years, many students from the nearby University of California, Berkeley worked at Sangamo through their intern program. Ed had a chance to work with some of these talented students, and it was refreshing having them bring their perspectives and energy to the projects at Sangamo. There were many fun and funny moments, and they still keep in touch with these former interns who have now gone on to accept great positions in science. In addition, the team at Sangamo has company picnics, town hall meetings, and regular beer hours where the team can hang out and get to know each other outside of the lab.

Advice For Us All (29:11)
In your work, you should closely examine the details and develop your own point of view. It has been wonderful for Ed to work with colleagues he respects in a field that he enjoys. His work provides stimulating problems to solve which have the potential to have a big impact in the world. If you can find these things for yourself, you can be happy in your career.

Guest Bio
Throughout his career, Ed’s research interests have focused on the challenge of achieving highly precise, efficient and specific addressing of gene regulation and genome editing events to chosen genomic sequences. Ed’s graduate studies centered on the development of methods for designing zinc finger proteins with new sequence binding preferences. Later work included the establishment of new gene editing platforms as well as the engineering of gene regulation and genome modification reagents for Sangamo’s therapeutic programs. In a recently published study (Nat Biotechnol 37 945), Ed and his team demonstrated a new approach for optimizing gene editing specificity via the counterintuitive strategy of slowing down catalysis. Outside of work, Ed enjoys exploring the outdoors with his wife Melissa and two mini Australian Shepherd puppies. He has visited most major national parks, and recently hiked the Wave.