Listen to the Episode Below (00:38:39)
Play / pause
1x
1.5x
2x
0:00
0:00
00:38:39
volume
iTunesGoogle PlayShare Leave a ReviewClammr ItListen in a New WindowDownloadSoundCloudStitcherSubscribe on AndroidSubscribe via RSS
Sign up to receive bonus content about our guests and sneak peeks for a guest from the next week’s interviews! 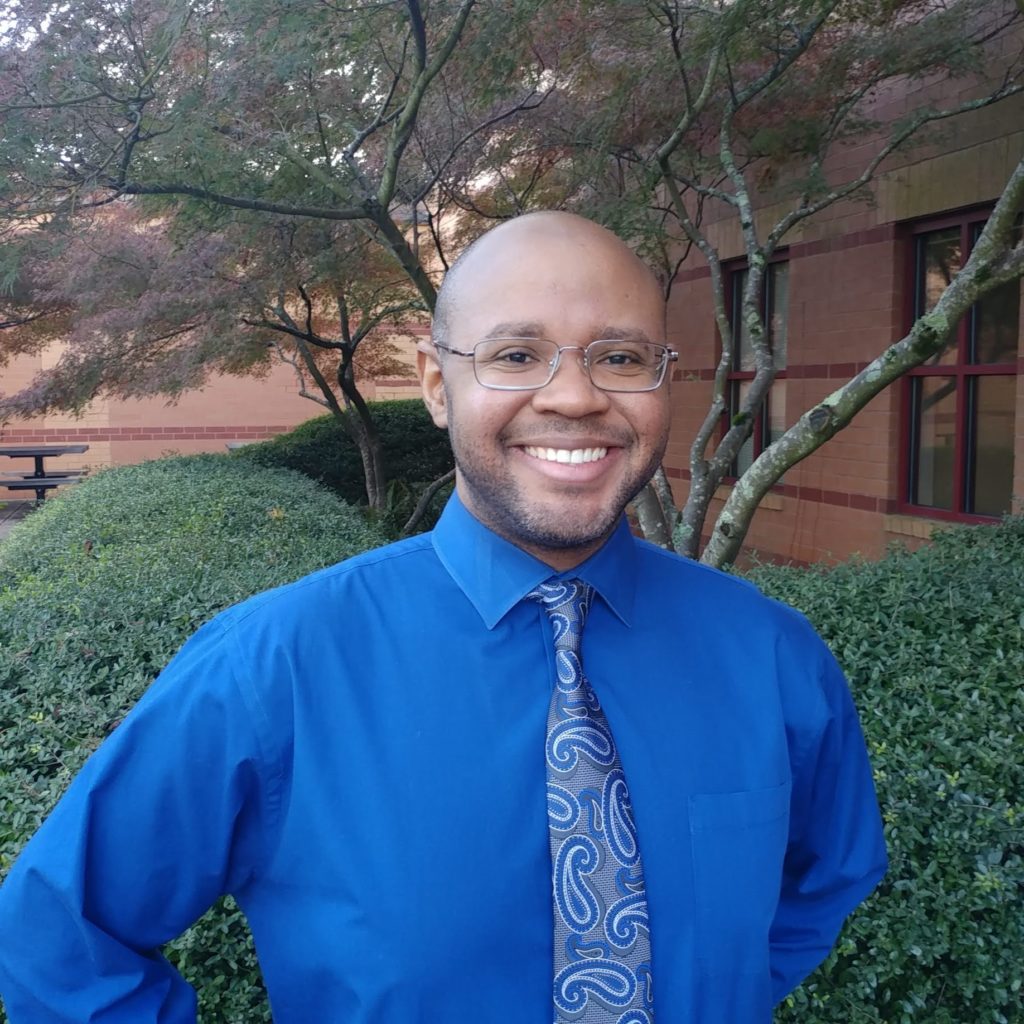 Life Outside of Science (2:26)
Traveling is a passion for Franklin. Though he had to cancel his trip to Seoul, South Korea planned for this summer, he is looking forward to his next big travel adventure. In the meantime, Franklin has been having fun taking care of his garden at home.

The Scientific Side (3:51)
In the lab, Franklin and his team are developing and testing stem cell therapies to treat stroke and traumatic brain injury (TBI). They use induced pluripotent stem cells, which are cells that can be reprogrammed to develop into any kind of cell in the body.

A Dose of Motivation (6:04)
Franklin gets motivated by reflecting on the number of people who are affected by stroke and TBI. These conditions greatly impact them and the people in their lives, and Franklin is eager to contribute to developing better treatments.

What Got You Hooked on Science? (10:44)
Growing up in a military family, Franklin moved every few years to different places across the U.S., Italy, and Japan. As a result, he was exposed to a wide variety of different environments and wildlife. Franklin remembers his dad helping him build his first net to collect bugs, and they developed a sizable collection of different insects over the years. Based on his initial interest in nature, he was drawn to biology and ecology in school. Franklin’s family always had pets in the house as well, and this fueled his interest in becoming a veterinarian. He pursued opportunities to shadow veterinarians and work at veterinary offices after school and over the summer in high school. During college, Franklin participated in different programs and internships, and through these projects, he was able to travel to Kenya to research baboons and study snails at the Shoals Marine Laboratory in Maine. Working in the field and doing research firsthand got Franklin excited about science, and he decided to pursue an academic research career.

The Low Points: Failures and Challenges (24:31)
Getting used to failing has been one of the biggest challenges for Franklin. Many people who pursue science careers have worked hard and been successful throughout their school years. When you’re so used to success, it can be difficult to cope with failure, and scientists fail most of the time. Franklin runs a lot of experiments, and the majority of them don’t work out. There are also many failures when it comes to teaching and writing grants. After a while, you learn to accept failure, and this is something that Franklin works through with each of his students. Having a good support system and talking to others have been key for getting through tough times.

A Shining Success! (27:38)
In addition to celebrating the big wins, Franklin makes sure to celebrate all the small successes in his lab. Recently, he was working with his team and an expert collaborator to develop a new animal model to study alcohol use disorder. They spent an entire year and three pilot studies trying to get the animals to consume alcohol, and it just wasn’t working. Ultimately, they were successful when they tried the same protocols with older animals. Currently, they are working on a project trying to add a fluorescent label to the neural stem cells they are studying to make them easier to find in the brain. They have tried a lot of different approaches, but they haven’t been able to get the neural stem cells to express the genes for the fluorescent protein. Franklin is looking forward to solving this challenge and celebrating with a lab lunch or ice cream outing.

Most Treasured Travel (31:59)
Visiting Kenya as an undergraduate student to study yellow baboons was a remarkable experience. While observing the baboons in their natural environment, Franklin was also able to see a lot of other amazing wildlife. He also had a chance to meet local Maasai people and learn about their culture. More recently, Franklin visited the National Dairy Research Institute in Karnal, India to collaborate with colleagues and teach a workshop on growing induced pluripotent stem cells. Talking to the students was phenomenal because they were so excited about science and the work they were doing. While in Karnal, Franklin also enjoyed exploring the city, visiting the Taj Mahal and other attractions, meeting people, and sampling excellent food. It was a transformative travel experience.

Quirky Traditions and Funny Memories (34:45)
Franklin’s lab established a tradition called the West Lab Day of Fun where the group gets together outside the lab for some quality time doing fun activities. Most recently they all went kayaking together, and it was a great way to unwind after working long hours in the lab.

Advice For Us All (37:24)
The value of hard work cannot be understated. There are a lot of good ideas out there, but hard work and dedication really make things happen.

Guest Bio
Franklin’s research focuses on the development of stem cell therapies and extracellular vesicles for the treatment of stroke and traumatic brain injury. Both of these neural injuries have a great therapeutic need due to the large population of people affected and there being limited or no FDA approved treatments. One of the parts that he most enjoys about being an academic researcher is working with graduate students. He truly enjoys helping them learn about the scientific process and the enthusiasm and energy that they bring to every research study. Outside of the laboratory, Franklin enjoys traveling, gardening, and reef aquariums. Each year he tries to travel to a different country and has lived (Italy, Okinawa) and visited (Kenya, India) places all over the world. The pandemic has stopped him from traveling this year, but his garden and reef aquariums are looking better than ever. He has also brought on a new assistant gardener (his daughter), that has truly enjoyed growing flowers and learning about garden critters (ladybugs to frogs) this year.