Listen to the Episode Below (00:53:22)
Play / pause
1x
1.5x
2x
0:00
0:00
00:53:22
volume
iTunesGoogle PlayShare Leave a ReviewClammr ItListen in a New WindowDownloadSoundCloudStitcherSubscribe on AndroidSubscribe via RSS
Sign up to receive bonus content about our guests and sneak peeks for a guest from the next week’s interviews! 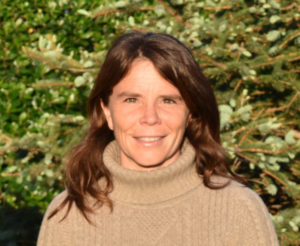 Dr. Jennifer Wilcox is an Associate Professor in Chemical and Biological Engineering at the Colorado School of Mines and an Investigator within the Clean Energy Conversions Laboratory there. She received her bachelor’s degree in mathematics from Wellesley College and her PhD in chemical engineering from the University of Arizona. She served on the faculty at the Worcester Polytechnic Institute and at Stanford University before joining the faculty at the Colorado School of Mines. Jen has received numerous awards and honors, including an Army Research Office Young Investigator Award, an American Chemical Society Petroleum Research Fund Young Investigator Award, and an NSF CAREER Award. She also was awarded the Stern Award for Distinguished Paper from the Journal of the Air and Waste Management Association. Jen is with us today to tell us all about her life and science.

Life Outside of Science (2:22)
Jen keeps busy spending time with her family including her husband and three year old daughter. She also loves being active outdoors through hiking, running, and bicycling.

A Dose of Motivation (5:26)
“The force that through the green fuse drives the flower
Drives my green age; that blasts the roots of trees
Is my destroyer.
And I am dumb to tell the crooked rose
My youth is bent by the same wintry fever.” – Dylan Thomas

What Got You Hooked on Science? (12:25)
Jen spent her childhood in a rural area in Maine, and she was fascinated by the natural world. Her grandfather bought her a microscope early on, and Jen found examining the many samples she collected from a nearby stream absolutely enthralling. She wanted to absorb all the information she could on insects, rocks, plants, and the human body. For Jen, knowledge was power and independence. In college, Jen majored in math and was also on the pre-med track. Towards the end of her time there, Jen realized that pursuing a PhD was a better fit for her goals, so she decided to go to graduate school for mathematics.

The Low Points: Failures and Challenges (29:01)
It was a challenge going from her undergraduate studies at a women’s college to graduate school at the University of Oregon where she was the only woman in her program. Portland was also very rainy, and she just wasn’t happy in her program. Jen tried to make it work because she didn’t want to give up, but it just wasn’t working out. One of Jen’s friends suggested she should move out to Tucson with them, and Jen decided to go. She started off waiting tables there for about six months to a year while she sorted out what to do next. After conversations with faculty members at the University of Arizona, Jen decided to pursue their PhD program in chemical engineering. This field was a perfect fit.

A Shining Success! (32:51)
Jen is really excited about some of the outreach opportunities she has had. One example is her participation in a group through The National Academy of Sciences where they are writing a report to determine the research areas and needs for carbon dioxide removal methods. The report is geared towards policy makers and the public. Once they complete the report, they can communicate it to government and non-government organizations to get funding allocated to allow scientists to do this work. Jen has also had the opportunity to be a part of The Oppenheimer’s Leadership Program for Energy and Science. There is a cohort of 14 people who will travel over the course of a year to all of the national labs to learn how they are run, managed, and operated. The group then provides recommendations on how to improve these national labs. Through this process, Jen has been learning a lot about the national labs and their history.

Book Recommendations (6:35)
The Alchemy of Air: A Jewish Genius, a Doomed Tycoon, and the Scientific Discovery That Fed the World but Fueled the Rise of Hitler by Thomas Hagar

Most Treasured Travel (42:20)
Jen’s parents moved to Italy a few years ago, and Jen was recently asked to chair a conference on carbon dioxide removal. She decided to hold the conference in Italy because it was a relatively central location for the international attendees, and it was good to choose a location outside of the U.S. because this is a global issue. The conference was in May in Calabria in Southern Italy. About 70 scientists from around the world stayed in a hotel situated on a 400 foot cliff above the ocean, enjoyed fantastic farm to table food, and had a wonderful and productive time. It was great to be removed from their everyday busy lives so they could focus and do their best to make progress in their field.

Quirky Traditions and Funny Memories (45:50)
An ongoing joke in Jen’s lab has been that they needed to modify the lab to install trundle beds because all of the students work so hard. If they did this, they could just take a quick nap and then get back to work. Another quirk in Jen’s lab is that no matter where you are in the lab, there is a periodic table in view. She has been obsessed with the periodic table since she was a kid, so there is always a periodic table nearby.

Advice For Us All (50:18)
Recognize the importance of mentorship. No matter what your career stage, find someone you want to emulate, and learn as much as you can from them. Also, sometimes you have to make your own opportunities. If you need something, figure out a way to get it. You may have to think outside of the box to get there, but if you want it bad enough, you can make it happen. It is important to remember that no single individual effort is meaningless. It might have a much greater impact than you realize.

Guest Bio
Jen has received multiple early investigator awards to study topics associated with clean energy conversions. Within her research group now, Jen focuses on trace metal and CO2 capture. Her research involves the coupling of theory to experiment to test newly designed materials for sorbent or catalytic potential. She has served on a number of committees including the National Academy of Sciences and the American Physical Society to assess CO2 capture methods and impacts on climate. She is also the author of the first textbook on Carbon Capture, published in March 2012.