Listen to the Episode Below (00:53:14)
Play / pause
1x
1.5x
2x
0:00
0:00
00:53:14
volume
iTunesGoogle PlayShare Leave a ReviewClammr ItListen in a New WindowDownloadSoundCloudStitcherSubscribe on AndroidSubscribe via RSS
Sign up to receive bonus content about our guests and sneak peeks for a guest from the next week’s interviews! 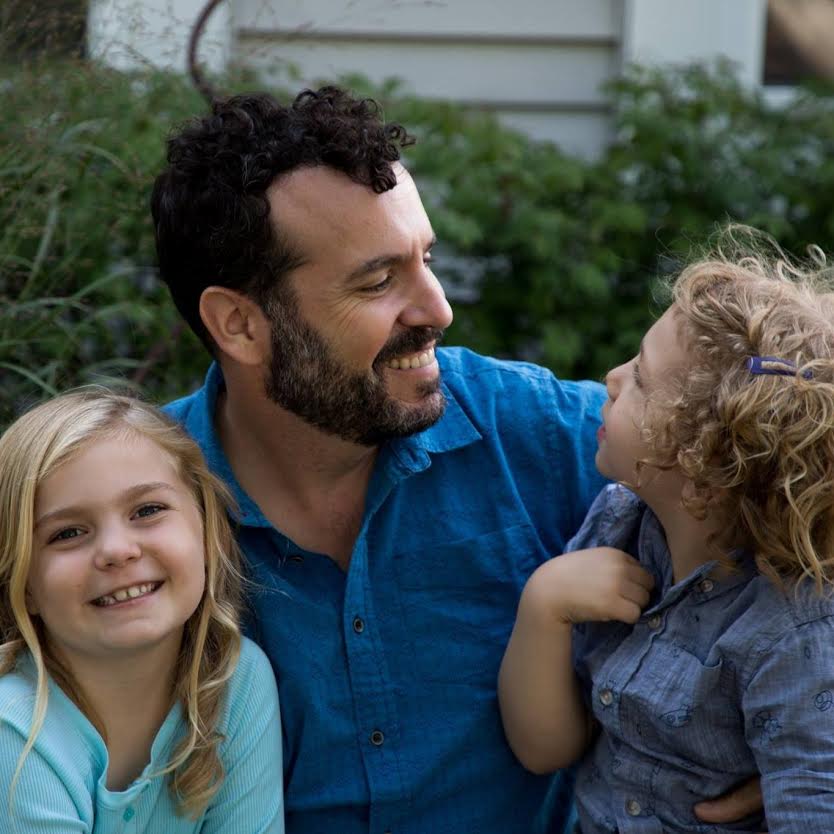 Listen Free on Stitcher Radio
Dr. Joel Sachs is an Associate Professor and Vice Chair of Biology at the University of California, Riverside. He received his PhD in Integrative Biology from the University of Texas, Austin and was awarded an NIH National Research Service Award to conduct his postdoctoral research at the University of California, Berkeley. Joel was also the recipient of an National Science Foundation (NSF) CAREER Award and was recently awarded an NSF Dimensions of Biodiversity research grant. He joined us in an interview to speak about his experiences in life and science.

Life Outside of Science (2:05)
For Joel, free time is best spent outdoors with his wife and two kids. They enjoy hanging out in their yard and hiking through the fantastic trails in Southern California. Joel is also an avid gardener and landscaper. He has been working to transform his yard into a native habitat with plants like shrubs and cactuses.

The Scientific Side (3:57)
In Joel’s lab, they study bacteria that promote plant growth. He wants to understand how these bacteria work, how they are attracted from the soil into plants, how they get into plant cells, how plants maintain these microbes, and how these systems vary with different microbes. Some bacteria are beneficial for the plants, but others aren’t. Joel is investigating how plants deal with the diversity of microbes that they encounter and how they invest in the bacteria that can help them the most.

A Dose of Motivation (5:35)
“Nothing in biology makes sense except in the light of evolution.” – Theodosius Dobzhansky

What Got You Hooked on Science? (10:26)
Joel has always loved being outside, and he often played in the woods and hiked near his home in Chicago when he was a kid. In fourth grade, he had a fantastic science teacher who taught the class the scientific method through fun problem-solving exercises. Joel became convinced that he wanted to become a scientist. As an undergraduate student, Joel thought he wanted to do medical research. It wasn’t until he applied and was accepted to graduate school for medical research that he discovered his passion for evolution and ecology. Joel called the school he had planned to attend to let them know he wasn’t going to attend, found a job working in a lab, and told his parents about his decision. He worked in a research lab for two years before starting graduate school. Initially he got a master’s degree studying social interactions in birds, but the field work was incredibly frustrating. After reading many papers about microbes, he decided that working with these organisms would allow him to answer many interesting questions more efficiently and reliably in the lab.

The Low Points: Failures and Challenges (25:57)
In a recent project, they wanted to create transgenic strains of bacteria that contained combinations of genes from different parental strains. This is something you can do with various laboratory techniques, but Joel and a graduate student wanted to do this by harnessing the bacteria’s natural ability to exchange genes so they could study the ecology of this gene transfer phenomenon. Over the course of a year and a half, Joel and his student tried to test their experiment on a wide variety of bacteria strains with no success. They finally had to give the project up, but they learned a lot in the process of this failed experiment.

A Shining Success! (30:44)
In another graduate student’s project, they were examining at the cellular level how plants can support beneficial bacteria and punish or eliminate bacteria that are detrimental. Their bacteria of interest infected plant roots, forming tumor-like growths called nodules where the plant cells are filled with bacteria. The student isolated many strains of bacteria from the environment and determined which ones were beneficial and which ones were detrimental to plants. When the student gave plants both good and bad bacteria, they saw an interesting phenomenon occur in the nodules. When looking under a microscope at a nodule with both good and bad bacteria, you could actually see where each strain was because the plant was destroying its own cells containing bad bacteria in order to kill the bacteria. It took about six years for them to gather all of the data to finish the story, but these were fascinating findings, and Joel was very proud to mentor this student through the process.

Most Treasured Travel (40:08)
In graduate school, Joel traveled to Costa Rica for a tropical biology course, and this was the first time he had ever ventured that far from home. While there he marveled at the awe-inspiring biodiversity of animal and plant life. There were so many organisms he had never seen before. More recently, they have been doing field work at different sites, and one of his favorite is the Anza-Borrego Desert State Park. It is far removed from civilization, is surrounded by high mountains, and it becomes unbelievably lush after it rains. The park is beautiful, and seeing the plants they study in their natural habitat is a dramatic departure from the stark and sterile conditions in which they are grown in the lab.

Quirky Traditions and Funny Memories (43:25)
Joel’s lab often does large experiments where they grow hundreds or thousands of plants to answer their research questions. Setting up the experiments is labor intensive, but harvesting them at the end of the experiments is even more work. It involves bringing all of the plants into the lab and carefully but quickly dissecting them to remove the parts where the bacteria are, photographing them, weighing them, and sometimes culturing the bacteria. This is both labor-intensive and time-sensitive, so everyone in the lab comes together for long hours over the course of days or weeks to get the work done. One recent large experiment was dubbed “The Great Harvest of 2016”. Lab members made a progress meter to mark off each plant as they inched towards their goal, and they were giddy with excitement as they slaved over the plants for days. Once the work was done, everyone disappeared from the lab for about five days to recover.

Advice For Us All (49:17)
Failure is temporary. You can acknowledge it and learn from it, but then move past it. There is a lot of failure involved in science. When you’re doing something really exciting and new, there is a large risk for failure because no one has done this before, but you can develop a thick skin to deal with these failures. Also, as a scientist, you don’t have to make a decision on whether to do basic or applied research. You can successfully do both, and this can give you more freedom in the work you do and the scientific goals you can have.

Guest Bio
For plants and animals, bacterial colonization and infection can provide dramatic benefits to health, growth, and reproduction. Yet, bacterial mutualism is often evolutionarily unstable: harmful mutants can invade symbiont populations and cause cooperation to collapse. The Sachs Lab tests fundamental theory about the evolution, ecology, and mechanistic bases of plant-bacterial mutualism. Their empirical interests are broad, and they use a combination of field, experimental, cytological, in vitro, and genomic approaches. There are three overlapping research programs that Joel’s group focuses on: I) Investigating the coevolution of bacterial exploitation and plant control. II) Studying the evolution and epidemiology of plant-associated bacteria, focusing on key traits such as epidemic spread and multi-drug resistance. III) Examining how host plants constrain bacterial exploitation, using in vitro, cytological, and genetic tools.