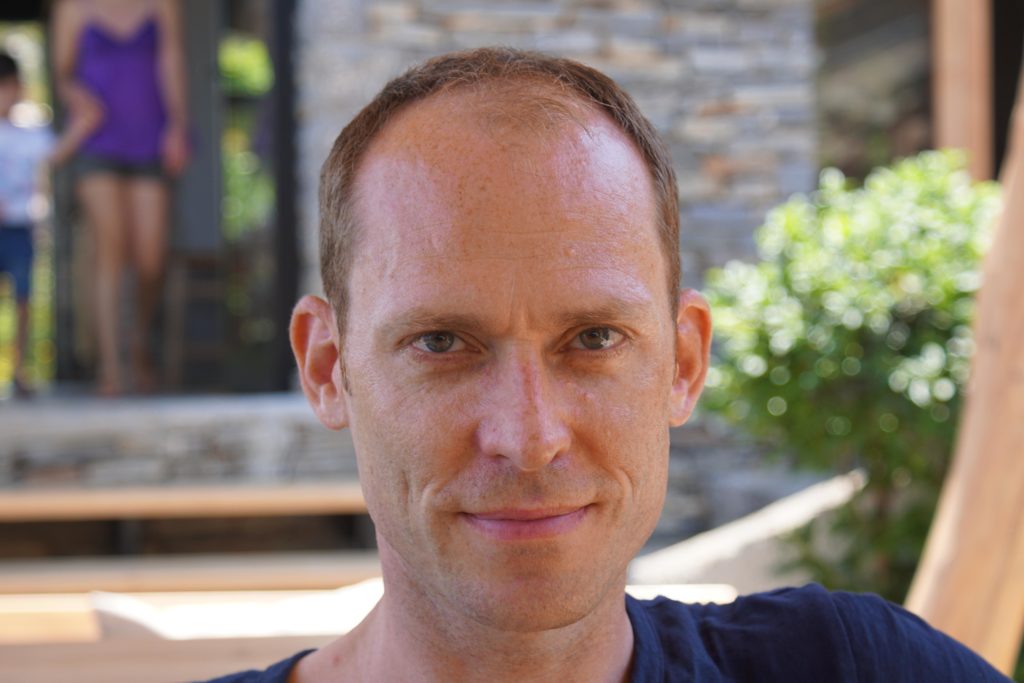 Life Outside of Science (2:28)
When he’s not working in the lab, Mario enjoys spending time with his family and watching soccer matches.

The Scientific Side (3:34)
Mario’s efforts in the lab are split between research and performance of routine doping control work. On the research side, he is developing novel means and analytical methods to test athletes for the use of banned substances and methods of doping. Substances tested for include stimulants, steroids, blood doping, and others. The routine doping control side of Mario’s work involves testing samples for banned substances and investigating positive test cases.

A Dose of Motivation (4:23)
“The important thing is not to stop questioning.” – Albert Einstein

What Got You Hooked on Science? (7:14)
As an undergraduate student, Mario was interested in chemistry, particularly applied analytical chemistry. His career in analytical sciences officially began when he was hired as a student worker for a company that did pesticide residue analysis. While Mario studied chemistry at the University of Aachen, his sister was pursuing sport sciences at the German Sport University of Cologne. She mentioned that her university had great opportunities, including an Institute of Biochemistry where doping control analyses were conducted. Mario took advantage of these opportunities, adding a major in sport sciences and joining a research lab where he got experience doing routine work in a doping control laboratory. After graduation, Mario accepted an offer to stay at the German Sport University of Cologne for graduate studies, and he was well on his way to becoming a leading anti-doping scientist.

The Low Points: Failures and Challenges (20:02)
When Mario returned to Germany after his postdoctoral position in the U.S., he was was very motivated to implement peptide and protein analysis in sports drug testing using the modern mass spectrometry methods he learned during his postdoc. In this area, testing for key substances, such as growth hormone, had not yet been addressed. He believed it would take about 1-2 years to finalize the methods for testing. Mario invested a lot of time and resources into this line of research, but the real-world applications proved to be more complicated than expected. It took about 15 years longer than his initial projection to make sure the chromatography, mass spectrometry, and purification strategies were sufficiently developed to ensure the testing and analysis protocols were appropriate and accurate.

A Shining Success! (24:56)
Mario has encountered some very curious cases in his work. In one instance, an athlete tested positive for a prohibited substance. Initially, they thought it was highly unlikely this substance was unintentionally ingested. However, they later discovered that an approved pharmacy-grade drug that was appropriately taken by the athlete had been tainted with trace amounts of the banned substance during drug manufacturing. The lab’s testing methods are so sensitive that even these very small amounts can be detected. In this instance, the athlete tested positive, but Mario’s team was able to prove that it wasn’t the athlete’s fault. The athlete was exonerated, and it was really rewarding to know that their work had a big impact on someone’s life and career. The work that Mario does is critically important for protecting clean athletes.

Most Treasured Travel (29:03)
It has been really exciting to work in the Olympic doping control laboratory during various Olympic games. Being in the host city, participating in the celebration of sport, and witnessing the competition between extremely talented elite athletes is spectacular. In addition, it is a great experience scientifically because there are always new challenges, and it is the largest sporting event they are able to provide their services to support. Beyond the Olympics, one of the most memorable conferences Mario has attended was an International Mass Spectrometry Conference held in Kyoto, Japan. Kyoto is a great city with rich culture, and it was fun to spend time with fellow colleagues and friends there.

Quirky Traditions and Funny Memories (32:14)
Since the work in Mario’s lab has the potential to have an immediate impact on people’s lives, there is a constant underlying pressure on the group to always operate at the highest possible levels. Mario deeply appreciates the contributions and commitment of his colleagues, and they try to hold appreciation days every year to get the team together outside the lab for fun. Recently, Mario’s team got together to play soccer golf. This sport is like playing mini-golf on an enormous field. The goal is to kick a soccer ball through various hurdles, holes, sandpits, and other obstacles to make it to the target. It was amusing to see all these scientists who are usually exercising their mental abilities in the lab instead getting really into the physical activity on the field.

Advice For Us All (40:38)
Whenever you have an unexpected analytical finding, keep in mind that nothing is impossible. Do not exclude a potential explanation until you’ve done the appropriate research.

Guest Bio
Mario’s research predominantly aims at developing and improving test methods and testing strategies in the field of anti-doping. This arena spans from investigating the metabolism and analytical options for emerging drugs and officially discontinued drug candidates (that purportedly or evidently found their way into the world of sport) to assessing alternative matrices and sampling methodologies that complement existing conventional approaches. Here, especially dried blood spot and exhaled breath analysis should be mentioned. Further, studies concerning the detection of peptide hormones that are relevant for doping controls and overlap with forensic testing, predominantly insulins and modified higher molecular mass drugs, have been continuous subjects of Mario’s research interest. When not at work, Mario enjoys sports and music, both as spectator/audience and a modestly active participant. Particularly soccer and scuba diving are occasions to relax, aside from mountain bike tours with his family.