Listen to the Episode Below (00:55:39)
Play / pause
1x
1.5x
2x
0:00
0:00
00:55:39
volume
iTunesGoogle PlayShare Leave a ReviewClammr ItListen in a New WindowDownloadSoundCloudStitcherSubscribe on AndroidSubscribe via RSS
Sign up to receive bonus content about our guests and sneak peeks for a guest from the next week’s interviews! 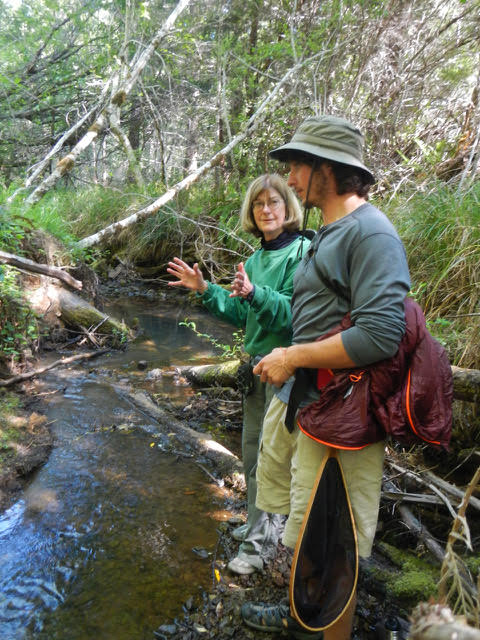 Dr. Mary E. Power is a Professor in the Department of Integrative Biology at the University of California, Berkeley as well as Faculty Manager at the Angelo Coast Range Reserve and Director of the California Biodiversity Center. Mary is also a contributing scientist in a new documentary film called The Serengeti Rules. She received her B.A. in biology from Brown University, her M.S. in biology from the Boston University Marine Program at Woods Hole, and her PhD in zoology from the University of Washington. Mary is a Member of the U.S. National Academy of Sciences, a Fellow of the American Academy of Arts and Sciences, and a Fellow of the California Academy of Sciences. She has been awarded the G. Evelyn Hutchinson Medal from the American Society of Limnology and Oceanography, the Kempe Award for Distinguished Ecologists, a Guggenheim Fellowship, and an honorary doctorate degree from Umeå University in Sweden. In addition, Mary is past president of the Ecological Society of America and the American Society of Naturalists. In our interview Mary shares more about her life and science.

The Scientific Side (4:39)
Over the course of her career, Mary has studied the ecosystems of four different rivers. Her work to understand the food webs in those rivers has involved observation and taking field notes, mapping and quantitative observations to identify patterns, developing questions and hypotheses, and then testing her hypotheses with experiments.

What Got You Hooked on Science? (12:11)
Though her parents didn’t realize it until she was about eight years old, Mary was very nearsighted as a child. As a result, she enjoyed exploring things that she could get close enough to see clearly. She was always attracted to the natural world, and she would peek under logs outside to observe the millipedes and mushrooms. One of the early turning points that sparked her interest in aquatic life was when her parents gave her a diving mask when they were snorkeling in Cape Cod. At that moment, Mary finally saw the world in focus for the first time. She marveled at the big snails rippling along, the small fish nervously picking at coral, the skittering hermit crabs, and other marine life. Mary developed a passion for snorkeling, and she became determined to find a way to get paid to look at life under water.

The Low Points: Failures and Challenges (13:30)
When Mary was in college at Brown University in the early 1970s, there was a stigma against ecology and other biological sciences that focused on whole organisms and the environment. She wanted to be a scientist, but she knew she didn’t want to spend her days in a lab doing microbiology or molecular biology bench work. After college, she taught adult education classes in Boston to make a living. Through these classes, her passion for biology was rekindled, and she had an amazing opportunity to take a field course in Bimini in the Bahamas. While there, she was able to see tropical coral reefs for the first time, and she was dazzled by the beauty of the reefs and the breathtaking wildlife. Mary was successful in getting into graduate school and completing her dissertation on the ecology of a particular river in Panama. However, she struggled to launch her career after graduate school. Mary’s husband got a job at the University of California, Berkeley, but she didn’t know if she wanted a career in academia. For years, Mary visited different labs, stayed involved in research, and kept publishing, but she didn’t yet have a permanent position. When a faculty job at the University of California, Berkeley was posted to hire a faculty member in her field of study, Mary wasn’t sure if she should apply. The department knew she was there, and she believed that if they had wanted to hire her, they would have invited her to apply. At the last minute, Mary decided to submit her application. She got an interview, but she found out about a month later that the job was offered to another fantastic scientist. However, that scientist turned down the job offer, and Mary accepted it.

A Shining Success! (35:40)
The interactions that Mary has had with wonderful people who care about science and the environment have been among the most rewarding and meaningful parts of her career. These have included exchanging ideas with students, learning about local plants and animals from Native Californian Tribe Members, and meeting scientists at laboratories and research sites across the country and around the world.

Book Recommendations (42:23)
A Crack in Creation: Gene Editing and the Unthinkable Power to Control Evolution by Jennifer A. Doudna and Samuel H. Sternberg, Life’s Engines: How Microbes Made Earth Habitable by Paul G. Falkowski, The Serengeti Rules: The Quest to Discover How Life Works and Why It Matters by Sean B. Carroll

Most Treasured Travel (38:15)
One of the most beautiful places Mary has traveled for science is the Ozark Mountains. She spent time there in the mid and late 1970s, and the area was relatively understudied at that time. The scenery was majestic, and the rivers were filled with a diverse array of fish, turtles, and other wildlife. She also had a great time studying armored catfish in Panama in graduate school. Her father came down to visit her while she was there, and the two of them worked twelve hour days together on her first stream enclosure experiments. Though they worked day and night, Mary treasures this experience because she learned a lot about her father and his humble early life as a homesteader in Idaho and Eastern Washington.

Quirky Traditions and Funny Memories (42:23, 46:24)
Mary has been enjoying reading books written by scientists that allow us to see scientists as multifaceted people. Not only do they highlight the amazing work that scientists are doing, but they provide an opportunity to introduce the context and the person doing the work. Within her own lab, Mary and her team have a tradition of taking field trips to watch hawks migrate over the Golden Gate Bridge. They also enjoy lab picnics, celebrating birthdays with treats from a fabulous local bakery, and spending time together at field research stations. These field stations bring together people from a variety of research fields who are at all stages of their careers. They have fun cooking together, sharing meals, playing string band music, and sharing their passion for science.

Advice For Us All (51:03)
When you have unexpected bumps in your career path, make sure to maintain the relationships that are important to you. Keep your spirits up, and keep looking for ways you can do what you love. These bumps can take years to get over, but if you are passionate and flexible, you can make it through.

Guest Bio
Mary’s research interests center on river food webs. She has studied interactions among fish, birds, invertebrates, and algae in temperate and tropical rivers. In particular, Mary is interested in how attributes of species affect food web structure and dynamics, and how strengths of these interactions change under different environmental regimes. She and her team have studied, the interplay of trophic dynamics with hydrologic and productivity regimes in northern California rivers, as well as impacts of invading alien species, and linkages between rivers and their watersheds. Much of Mary’s current field work takes place in the South Fork Eel River, within the Angelo Coast Range Reserve in Mendocino, CA, one of the University of California Natural Reserve System’s 35 research and teaching reserves. She has also recently started working with collaborators on studies of the microbial interactions that generate acid mine drainage as well as studies of the evolution of linked eco-geomorphic systems in watersheds.