Listen to the Episode Below (00:39:43)
Play / pause
1x
1.5x
2x
0:00
0:00
00:39:43
volume
iTunesGoogle PlayShare Leave a ReviewClammr ItListen in a New WindowDownloadSoundCloudStitcherSubscribe on AndroidSubscribe via RSS
Sign up to receive bonus content about our guests and sneak peeks for a guest from the next week’s interviews! 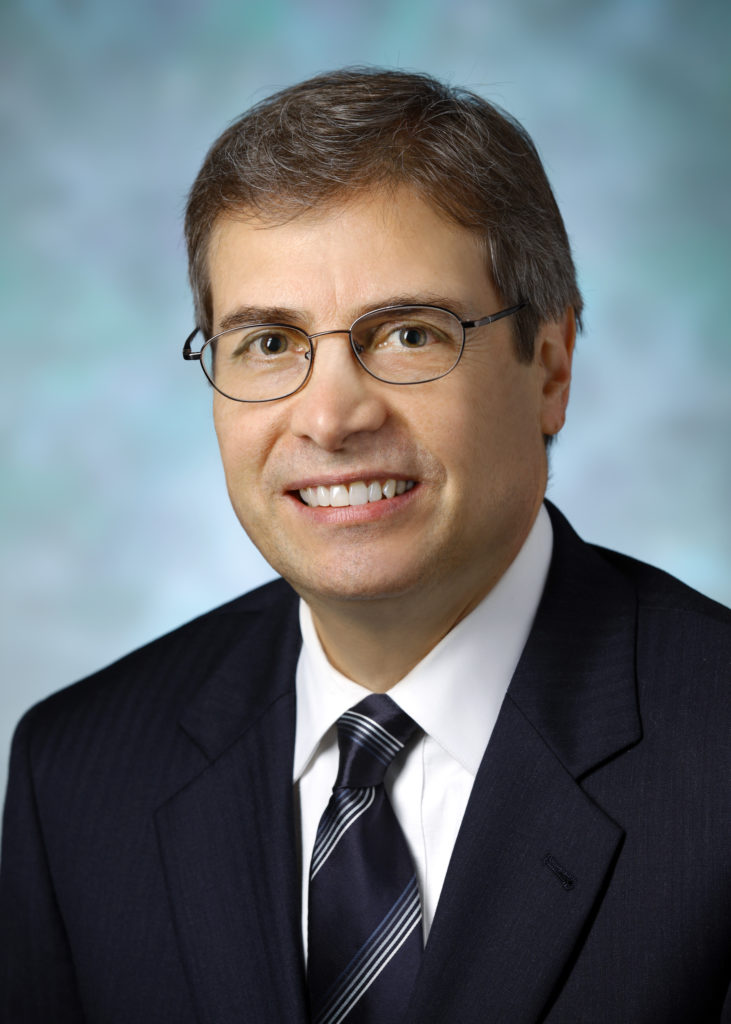 Dr. Peter Campochiaro is the Eccles endowed Professor of Ophthalmology and Neuroscience, as well as Director of the Retinal Cell and Molecular Laboratory at The Johns Hopkins University School of Medicine. He attended the University of Notre Dame for his undergraduate training in Preprofessional Studies. Peter was awarded his MD from Johns Hopkins University School of Medicine and completed his residency in Ophthalmology with the University of Virginia Health System. He completed postdoctoral research fellowships at Johns Hopkins prior to joining the faculty at the University of Virginia where he worked for about seven years before returning to Johns Hopkins as a faculty member. Peter is the recipient of the Research to Prevent Blindness Senior Scientist Award, the Macula Vision Research Foundation Merit Award, the Alcon Research Institute Recognition Award, and the Rosenthal Award from the Macula Society. Peter has also been named a member of the Johns Hopkins University Chapter of the Alpha Omega Alpha Medical Honors Society. He was also elected to the National Academy of Inventors. Peter joined us to talk about his experiences in life and science.

Life Outside of Science (2:32)
When he has time away from the lab and clinic, Peter likes to play tennis, swim, and spend time with his two year old grandson. Peter is even starting to train his grandson in basic tennis skills like tracking the ball.

What Got You Hooked on Science? (8:20)
As an undergraduate, Peter didn’t have an opportunity to participate in research, so one of his initial goals upon entering medical school at Johns Hopkins University was to determine whether he was interested in doing research as part of his career. He identified his first research mentor by visiting the dean’s office and leafing through the pages of a book of faculty members conducting research there. Even though his mentor was a relatively early career faculty member, Peter chose to work with him because of his contagious enthusiasm for research. Peter worked in the same lab every summer and for all of his elective credits in medical school, and that experience of working in a lab over a long period of time was really valuable. Though he started off completely lost in his first few weeks into the lab, he eventually got the hang of the research and over time was able to see how the work he was doing fit into the bigger picture. This got him hooked on science and vision research.

The Low Points: Failures and Challenges (21:13)
There was one grant that Peter submitted that he thought was really outstanding. The grant proposed to investigate the mechanism by which cone photoreceptor cells die in patients with a disease called retinitis pigmentosa. In this inherited retinal disease, there are mutations that cause the death of rod photoreceptor cells, and then the cones gradually die over time as well. Peter suspected that increased concentrations of oxygen were causing damage and killing off the cone cells, but there was also a competing theory that the rod cells normally produce a substance that is necessary for cone cells to survive. Though the theories were not mutually exclusive, the grant reviewers were convinced that the latter theory was the only possible explanation, and Peter’s grant was not funded. He submitted the grant again with more preliminary data, but was given the same feedback that his hypothesis couldn’t be true because it didn’t fit with this other theory. This was a really frustrating experience and a low point in his career. Finally, on the third round, Peter had done all of the work to prove his hypothesis was supported, and he was finally awarded the grant. This project has developed into an interesting area of his research. They have identified evidence of oxidative damage in patients with retinitis pigmentosa and are beginning a clinical trial with a drug to address this oxidative damage.

A Shining Success! (25:33)
When Peter was working on one of their clinical trials investigating the effects of blocking vascular endothelial growth factor (VEGF – a signaling protein important for new blood vessel formation) in patients with a particular retinal disease, they discovered that it responded really well to the treatment. However, during the study, Peter also noticed that there were areas in the retina where the blood vessels were closed. When they provided the VEGF-blocking treatments, some of the blood vessels in those areas reopened. Peter’s findings were met with a lot of skepticism from others in the field because it was contrary to the understanding at the time of how the process worked. However, Peter’s group continued to see the phenomenon in other retinal diseases, and other laboratories soon confirmed their findings. Peter and his colleagues have gone on to identify the mechanism by which this process occurs, and it has been useful in explaining a lot of their clinical observations.

Book Recommendations (28:37)
The Great Influenza: The Story of the Deadliest Pandemic in History by John M. Barry

Most Treasured Travel (30:30)
In the early part of his career, Peter traveled to Italy for a scientific conference. At that time, he wasn’t accustomed to international travel, so it was a particularly exciting opportunity. The scientific experience was excellent, learning about his own Italian heritage was meaningful, and he had a wonderful time traveling with his wife. Peter was also inspired by exploring different areas in Northern Italy with one of his colleagues who is blind. Florence was one of his favorite cities they visited on the trip because of the strong presence of culture, history, and science there.

Quirky Traditions and Funny Memories (33:01)
Peter’s lab is highly diverse, with members from Japan, China, Brazil, and the U.S. They frequently have get-togethers where everyone makes a dish from their culture to share. Chicken parmesan is Peter’s signature dish at these events, celebrating his Italian heritage. It has been great to learn about different cultures and experience their traditions.

Advice For Us All (37:00)
One of the most important things is to find an area of investigation that excites you so much that you’re not as worried about limitations like funding. You spend so much time at work that you have to enjoy it, and if you find that you aren’t enjoying what you are working on, it’s time to find something else. Science can become all-consuming if you let it. While it is critical that you enjoy your time at work, it is equally important to make sure to reserve time for your family life. Finding this balance will help ensure long-term happiness.

Guest Bio
Peter’s clinical and laboratory work focuses on diseases of the human retina. His laboratory has three major areas of interest, each of which deals with some aspect of growth factor signaling and function in the retina and retinal pigmented epithelium (RPE). One area of investigation aims to better understand the pathogenesis of retinal and choroidal neovascularization (formation of new blood vessels) and developing new ways to treat them. Another research area is improving our understanding of the molecular signals involved in retinal and RPE wound repair and scarring. The prototypical disease in this category is proliferative vitreoretinopathy, and Peter’s laboratory is seeking to identify new treatments for it. A third area of research interest for Peter is understanding why retinal degenerations occur and how they might be treated, with particular emphasis on neurotrophic factors.