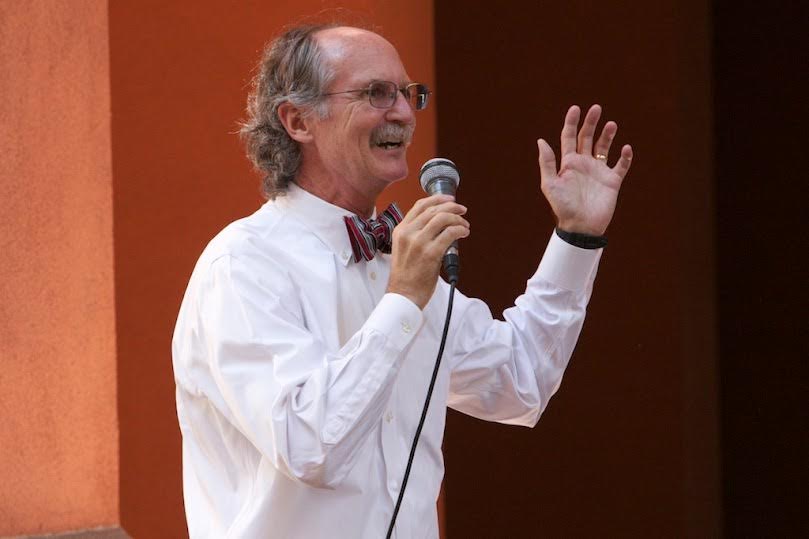 Dr. Stanley Maloy is Dean of the College of Sciences, Associate Director of the Center for Microbial Sciences, and Professor in Biology at San Diego State University. He received his Ph.D. in Molecular Biology and Biochemistry from the University of California, Irvine and conducted postdoctoral research in Genetics at the University of Utah. Stanley then served on the faculty at the university of Illinois, Urbana-Champaign for about 18 years before accepting a position where he is today at San Diego State University. Stanley is a former President of the American Society for Microbiology, is an elected Fellow of the American Academy of Microbiology, has authored several books on microbial genetics, and has been widely recognized for his excellence in teaching. Stanley is here with us today to tell us all about his journey through life and science.

Life Outside of Science (02:14)
Once you become a scientist, science permeates through all that you do. It’s hard not to think of everything as an experiment. Stanley loves traveling, reading, cooking, hiking, and enjoying the ocean when he’s not working in the lab.

The Scientific Side (3:39)
Stanley’s lab is working on a new approach for delivering vaccines that may be beneficial for the development of new types of vaccines. They are also collaborating with colleagues in the biotech industry to investigate new approaches for developing antibiotics.

What Got You Hooked on Science? (12:35)
When Stanley was a kid, his family subscribed to the magazines Life and Post. He remembers being fascinated by the science stories about space, the human heart, or infections. Stanley lost his passion for science in high school, and he spent a lot of his time in college working with his brother in the company they created to set up clinical labs in clinics and hospitals in Los Angeles. A course in microbiology cultivated Stanley’s curiosity and led him to change paths to pursue a career in research.

The Low Points: Failures and Challenges (24:25)
In graduate school, Stanley worked in the lab of a new Assistant Professor, and it was an extremely stressful environment. The faculty member had major health issues, and he would occasionally come in to lab, have a complete breakdown, and kick everyone out. These were difficult conditions to work in, and it made Stanley question whether he wanted to be a scientist and have this kind of life for himself.

A Shining Success! (30:17)
One of the areas Stanley’s lab works on is the evolution of new infectious diseases. There are many cases where bacteria only cause disease when they are infected by a virus that contains genes for detrimental exotoxins. They recently discovered viruses with these exotoxin genes in nature where the bacteria are not present. This suggested there must be an environmental reservoir of toxic genes, so they submitted a grant to the NIH to find this natural reservoir. The grant received great reviews, but the funding agency didn’t think Stanley’s group could succeed in the project. Members in the lab proceeded anyways and were thrilled to discover exactly what they had been looking for!

Book Recommendations (34:55)
Merchants of Doubt by Naomi Oreskes and Erik M. Conway, Don’t Be Such A Scientist by Randy Olson, The New One Minute Manager by Ken Blanchard and Spencer and Johnson, A Coney Island of the Mind by Lawrence Ferlinghetti

Most Treasured Travel (38:26)
Of all the places Stanley has traveled to for science, Cold Spring Harbor Laboratory is his favorite place. It is like a haven and utopia for scientists. He visits Cold Spring Harbor every year and has loved it since he was a student there. When you’re there, you can do science 24/7. You stay in a dorm where someone makes your bed and cooks your meals, so you can really focus on the science. Stanley has met great people and had so many stimulating conversations there.

Quirky Traditions and Funny Memories (40:12)
At Cold Spring Harbor Laboratory, he had the chance to be the instructor of the Advanced Bacterial Genetics summer course for five years. It was always a very intense experience. There were two other concurrent courses on Mouse Genetics and Ion Channels running at the same time as his course, and the three groups had a little competition going. At the final banquet, they had a toasting competition where people would praise their own field while simultaneously insulting the others. It was all in good fun and led to a lot of eloquent discussions and a greater appreciation of all fields.

Advice For Us All (46:12)
It really doesn’t matter what your job is as long as you take pride in it and you do the best you can. If you do that, you’ll have something that you can really enjoy and feel like you made a difference. Science is amazing because it is so much fun, and what we do can really have an impact on the world.

Guest Bio
Research in Stanley’s lab focuses on bacterial and phage genetics, the evolution of microbial diseases, and the development of novel vaccines and antibiotics. Stanley has also had numerous scientific experiences outside of academia. He was an instructor of the Cold Spring Harbor summer course in Advanced Bacterial Genetics from 1990-1995, the graduate course in Microbial Pathogenesis at the Watson Graduate School since 2002, and was co-founder of the international symposium on Microbial Pathogenesis and Host Response. In addition, he has organized numerous international courses and conferences in the US, Europe, Asia, and Latin America. Stanley served as chair of NIH Study Sections and as a grant reviewer for numerous national and international funding agencies, on federal advisory groups on biosafety and biodefense, research and health policy, and testified before the United States House Appropriations Committee about federal funding for scientific research. In addition, he has hosted numerous videocasts, and interacts regularly with the media to explain and promote science to the public. Together with his brother, Stanley started his first company as an undergraduate. He has subsequently consulted with large agricultural and pharmaceutical companies and small biotech companies, and has served on several Scientific Advisory Boards. Further, Stanley has played a role in several start-up Biotech companies, including serving as Chief Scientific Officer of Vaxiion Therapeutics Inc.