Listen to the Episode Below (00:47:35)
Play / pause
1x
1.5x
2x
0:00
0:00
00:47:35
volume
iTunesGoogle PlayShare Leave a ReviewClammr ItListen in a New WindowDownloadSoundCloudStitcherSubscribe on AndroidSubscribe via RSS
Sign up to receive bonus content about our guests and sneak peeks for a guest from the next week’s interviews! 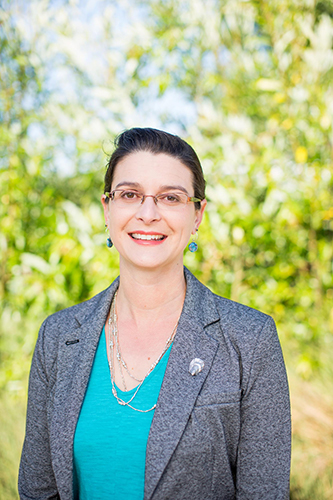 Dr. Tessa Hill is an Associate Professor in the Department of Earth and Planetary Sciences at the University of California, Davis. She is part of the Bodega Ocean Acidification Research group there at the Bodega Marine Laboratory. Tessa received her B.S. in Marine Science from Eckerd College and her Ph.D. in Marine Science from the University of California, Santa Barbara. Next, Tessa was awarded a University of California President’s Postdoctoral Fellowship at UC Davis before joining the faculty there. Tessa has received many awards and honors during her career, including the Presidential Early Career Award for Scientists and Engineers, as well as an NSF CAREER Award. She is also a Fellow of the California Academy of Sciences, an American Association for the Advancement of Science Leshner Public Engagement Fellow, and a panelist on the West Coast Ocean Acidification and Hypoxia Panel. Tessa is with us today to tell us about her journey through life and science.

Life Outside of Science (2:21)
Tessa and her husband have two children who are seven and ten years old. They spend a lot of time gardening, skiing, hiking, camping, and going on vacations together. Additionally, Tessa is a long-distance runner, so she enjoys running half and full marathons. In fact, Tessa comes up with a lot of great research ideas while she’s running.

The Scientific Side (3:33)
Research in Tessa’s lab focuses on the ocean and the impacts of climate change on environments in the ocean in the past, present, and future.

A Dose of Motivation (4:13)
“The right to search for the truth implies also a duty; one must not conceal any part of what one has recognized to be true.” – Albert Einstein

“Those who contemplate the beauty of the earth find reserves of strength that will endure as long as life lasts.” – Rachel Carson

What Got You Hooked on Science? (6:57)
Growing up on Puget Sound in Tacoma, Washington, Tessa spent a lot of time examining and asking questions about rocks, shells, and the sea. Her family encouraged her curiosity, and Tessa attended a small liberal arts college in Florida where she majored in marine science. During college, Tessa had many opportunities to work with her professors on their research, and she learned many things about the process of science. Tessa was delighted at the prospect of having a job where she could ask questions for a living, and this motivated her to continue on her scientific career path.

The Low Points: Failures and Challenges (23:31)
Failure is common in science. Tessa has come up with many potential research projects that she thought were fantastic ideas. After writing her ideas up in proposals and sending them off to different funding agencies, Tessa has many times been met with rejection. Getting used to rejection is important for scientists. Feelings of self-doubt lead many scientists to feel the imposter syndrome, where you worry that others will discover that you are not as smart or capable as they thought you were. Confronting these feelings and sharing them out loud to trusted colleagues can help.

A Shining Success! (28:06)
About a year ago, Tessa was awarded the Presidential Early Career Award for Scientists and Engineers by President Obama. The entire process was exhilarating. Tessa was invited to come to Washington DC along with the other awardees for several days of receptions and ceremonies. She was excited that her parents, who had been so supportive of her scientific interests from the very beginning, could accompany her to many of the events. As an awardee, Tessa was also able to tour the White House and meet our former President.

Most Treasured Travel (32:09)
Shortly after starting her postdoctoral position, Tessa participated in a research cruise that left from Bergen, Norway and sailed for about 3 weeks, ending in Reykjavík, Iceland. They were collecting sediment cores from the bottom of the ocean to better understand an interesting event in the fossil record. Tessa spent her shifts immersed in the science and then fell asleep in her bunk to the sounds of nearby whales. It was a phenomenal experience.

Quirky Traditions and Funny Memories (36:33)
Tessa and her lab members spend a lot of time together, both within and outside the lab. They started an annual tradition of going away somewhere nearby in northern California for a lab retreat each summer. Last year, it was so much fun to play games, cook meals, and hang out together. The group is looking forward to another great retreat this year.

Advice For Us All (43:57)
Stay to true to yourself and listen to your inner voice. Think about who you are, what your goal is, where you’re headed. Listen to those people who can beacons for you to get to where you want to go. For people who are thinking about a career in science, stay true to your curiosity and the questions that interest you.

Guest Bio
Tessa and the members of her laboratory group utilize the geochemistry of microfossils and corals to determine rates and magnitude of climate change, the response and adaptation of species to environmental change, the instability of methane hydrates, and the impact of ocean acidification on marine ecosystems. Stable isotopes, trace elements, radiocarbon, and foraminiferal species assemblages are used as proxies for temperature and geochemical changes. Their current projects are investigating climate and environmental change captured by California margin sediment records, the oceanographic impacts of ocean acidification and its impacts on native species, and deep sea corals as archives of recent circulation and environmental change.