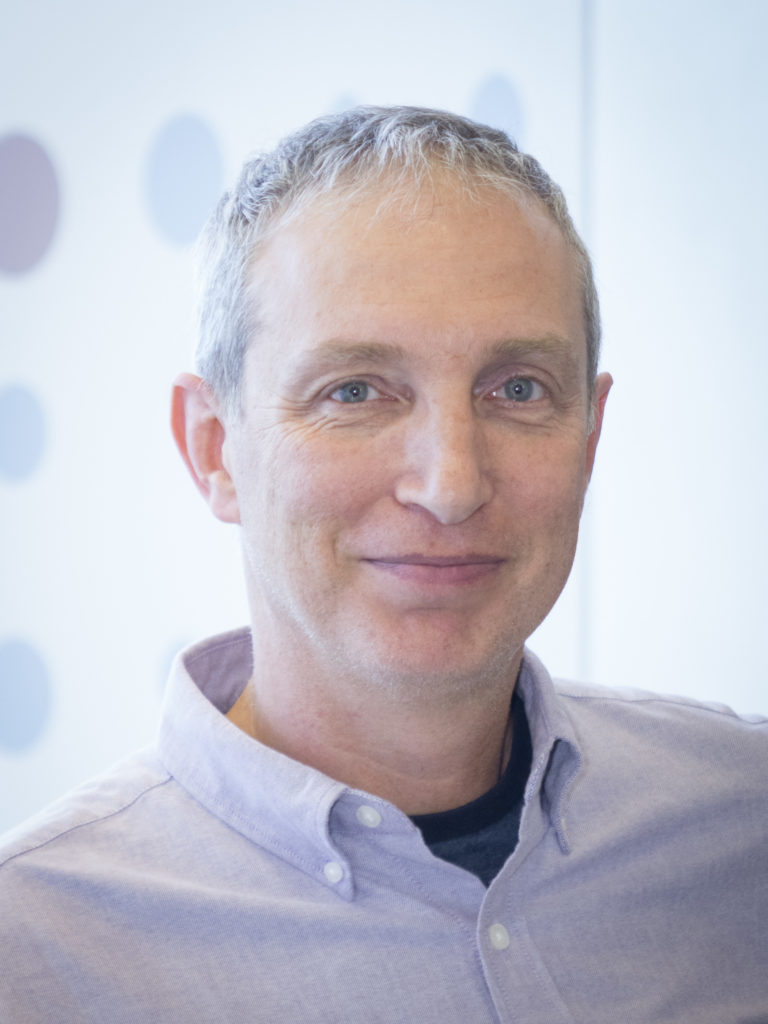 Dr. Uri Tabori is a Staff Physician in the Division of Haematology/Oncology, Senior Scientist in the Genetics & Genome Biology program, and Principal Investigator of The Arthur and Sonia Labatt Brain Tumour Research Centre at The Hospital for Sick Children (SickKids). Uri is also a Professor in Paediatrics and Associate Professor in the Institute of Medical Sciences at the University of Toronto. He received his MD from the Hadassah School of Medicine of Hebrew University in Israel. Afterwards, he completed a Rotating Internship and his Residency in Pediatrics at the Sorasky Medical Center in Israel. Next, Uri accepted a Fellowship in Pediatric Hematology and Oncology at the Sheba Medical Center in Israel. He served as a Staff Physician in Pediatric Hematology and Oncology at The Sheba Medical Center for about a year before accepting a Research and Clinical Fellowship at The Hospital for Sick Children in Canada SickKids where he remains today. Over the course of his career, Uri has received numerous awards and honors, including the Early Researcher Award from the Ontario Ministry of Development and Innovation, the New Investigator Award from the Canadian Institute of Health Research, the Junior Physician Research Award from the University of Toronto Department of Pediatrics, The New Investigator Award from the Terry Fox Foundation, A Eureka! new investigator award from the International Course of Translational Medicine, A Merit Award from the American Society of Clinical Oncology Annual Meeting, and The Young Investigator Award from the Canadian Neuro-Oncology Society. In our interview, Uri shares more about his life, science, and clinical care.

Life Outside of Science (3:06)
When he’s not hard at work in the lab or clinic, Uri enjoys spending time with his family, watching American football, and exploring the wilderness of Canada. He is especially fond of canoeing and canoe camping with his family.

The Scientific Side (4:44)
Uri works as a physician treating kids with cancer, particularly brain tumors. Through his research, he is working to identify drugs and make new discoveries that may cure cancers or improve patients’ lives.

A Dose of Motivation (5:36)
“And in the end
The love you take
Is equal to the love you make”
-Lyrics from “The End” by the Beatles

What Got You Hooked on Science? (8:56)
As a kid, Uri was certain that he wanted to be a veterinarian when he grew up. He lived on a farm and loved working with cows and other animals. To become a veterinarian, Uri had to follow the pre-medicine track in college. While doing so, he fell in love with practicing medicine to treat humans, and he was particularly drawn to caring for children. Uri’s father always encouraged him to ask questions, and Uri began to realize that he had so many questions about cures and treatments that could only be answered through research. During his time as a resident, Uri covered for a colleague working in a cancer unit, and this sparked his passion for working with cancer patients.

The Low Points: Failures and Challenges (18:30)
One type of challenge that Uri enjoys is when a research project yields unexpected results. It is really interesting to work through the findings with students to understand why they occurred and what they mean. These situations have resulted in interesting lines of research and discoveries that are now being translated into clinical care. For example, when they were working on a rare genetic syndrome in which people’s cells aren’t able to repair errors made during cell division, they discovered that having too many mutations actually kills cancer cells. Another kind of challenge that Uri faces in his work is translating research from the bench into therapies for patients. Taking a discovery from the lab through the steps of funding, drug development, and clinical trials is extremely challenging in Uri’s field. Since childhood cancer is relatively rare, many drug companies are hesitant to invest in developing new therapies for these conditions. Organizations like Stand Up To Cancer have been instrumental in helping them get solutions into the hands of patients.

A Shining Success! (21:16)
Each student who passes through the lab, advance in their research, collaboration with a colleague, and patient who responds to treatment is a success story. In one memorable patient case, they received permission from a pharmaceutical company to give a particular immunotherapy drug to children for the first time. A doctor in Quebec administered this drug to a brother and sister who were both diagnosed with brain tumors. After about six months of responding to the drug, the brother’s tumor grew back. The doctor added another drug to the treatment regimen in hopes of bringing the tumor into remission. Uri will never forget the day that he was watching TV with his kids at home, and he received an urgent call from that doctor. She told Uri that she could no longer see the tumor. Recurring brain tumor of this type typically cause death in just a few months, and he had never seen one of these recurring tumors disappear.

Most Treasured Travel (26:04)
A recent trip to India was incredibly inspiring for Uri. He visited two of the largest childhood cancer centers and was amazed at the work they do there. These cancer centers treat about ten times more patients than most large institutes in the United States, and they are so efficient. The doctors he met were amazing clinicians as well. One of Uri’s former trainees is a physician at one of the cancer centers he visited, so Uri got to see the inner workings of the hospital and parts of the town that were off the beaten path. A doctor from the other cancer center is working in Toronto for a year for training, and Uri had an opportunity to work with a patient in this second cancer center to set them up to receive immunotherapy. Uri just recently heard that the patient is responding well to the treatment that their collaboration made possible. Though Uri didn’t get to see much of the cities of Calcutta or Mumbai, he enjoyed spending time with the patients, clinicians, and scientists.

Quirky Traditions and Funny Memories (29:39)
The family of one of Uri’s trainees and friends had an island on a lake in Ontario. Each year, the whole lab used to go to the island for a retreat. There were several little houses that everyone shared, and they all ate together in one big dining room. The trip would last two days, and each person would sign up to prepare a traditional meal from their home country. Lab members were from all over the world, and it was fantastic to get to sample all the different kinds of foods from different countries. Uri and his wife would make Middle Eastern food, including a wide variety of delicious salads.

Advice For Us All (34:36)
To be successful as a scientist/clinician in translational medicine you need to: (1) have passion; (2) make it about patients; (3) have patience; (4) be persistent; (5) have partners and collaborators; (6) have personal humility; and (7) remember it is a privilege to do science and medicine.

Guest Bio
Dr. Uri Tabori maintains an active clinical practice in the treatment of children with cancer, focusing particularly on those with brain tumors. Based on his clinical and research interests, he participates in the development of systems for early detection and intervention in individuals determined to be at high-risk of developing brain tumors. This includes patients with neurofibromatosis type 1 and 2, Li-Fraumeni syndrome and mismatch repair genes. The Tabori lab is focused on combining biological and translational research in pediatric oncology. Specifically, Uri’s lab is interested in studying mechanisms underlying brain tumor immortality and recurrence in the context of predisposition to cancer. Currently, his group is studying 3 major areas. The first is related to telomere maintenance and cancer recurrence in various types of pediatric brain tumors, including pediatric low grade gliomas and pediatric ependymomas. Additionally, Germline predisposition to childhood brain tumors are a significant part of Uri’s research endeavors. One cancer predisposition syndrome he studies is a rare genetic syndrome called balletic mismatch repair deficiency (BMMRD) syndrome. This is the most aggressive cancer syndrome in humans, and nearly all individuals with this genetic predisposition go on to develop one or more cancers before age 18. A third area of research in Uri’s lab revolves around the biology, clinical testing, and development of potential therapies for pediatric low grade gliomas which are the most common childhood brain tumor.