Listen to the Episode Below (00:49:39)
Play / pause
1x
1.5x
2x
0:00
0:00
00:49:39
volume
iTunesGoogle PlayShare Leave a ReviewClammr ItListen in a New WindowDownloadSoundCloudStitcherSubscribe on AndroidSubscribe via RSS
Sign up to receive bonus content about our guests and sneak peeks for a guest from the next week’s interviews! 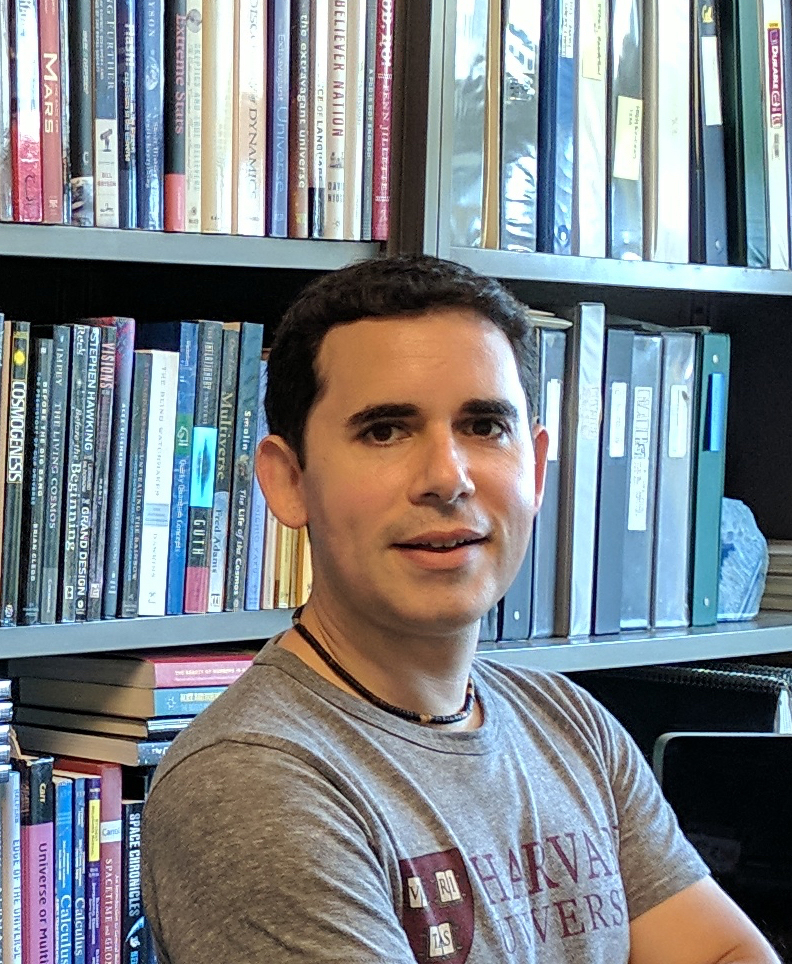 Dr. Andrew Friedman is an Assistant Research Scientist at the Center for Astrophysics and Space Sciences at the University of California, San Diego (UCSD). He is also a Research Affiliate at the Massachusetts Institute of Technology (MIT). Andy received his bachelor’s degree in physics and astrophysics from the University of California, Berkeley and his master’s and PhD degrees in Astronomy and Astrophysics from Harvard University. Afterwards, Andy worked as a National Science Foundation Postdoctoral Fellow at MIT, a National Science Foundation funded Research Associate at MIT, and a Visiting Research Scientist at the MIT Center for Theoretical Physics. He joined the Center for Astrophysics and Space Sciences at UCSD in 2017. In our interview, Andy tells us more about his life and science.

Life Outside of Science (2:19)
When he’s not at work, you can find Andy hanging out with his wife and dog, or enjoying good food and good conversation with friends and family.

The Scientific Side (4:17)
As an astrophysicist and cosmologist, Andy is studying the history of the universe from the Big Bang through present day. Andy and his colleagues use the universe as a laboratory to learn more about how things work. Specifically, Andy uses observations of astronomical objects in other galaxies to learn about fundamental physics and quantum mechanics.

A Dose of Motivation (7:11)
“Any sufficiently advanced technology is indistinguishable from magic.” – Arthur C. Clarke

What Got You Hooked on Science? (13:46)
Andy grew up in a house full of books and movies, and his parents encouraged him to explore his interests and think critically. He enjoyed many visits to the science museum with his parents and was also inspired by Carl Sagan’s books and the original Cosmos TV series. Because Andy had broad-ranging interests, it was difficult to narrow down what path to pursue in college. He decided to focus on physics and astronomy because he had dreamed of going into space as a kid. The work of an astronaut sounded too difficult and dangerous, so he reasoned that studying astrophysics would be the next best way to connect with the universe. During college, Andy had a fantastic opportunity to work in a research group that was searching for exploding stars in images of space. This experience paved the way for his subsequent graduate and postdoctoral research. Andy knew he ultimately wanted to return to the San Diego area to be close to family, but there weren’t many job opportunities available when he was ready to take the next step in his career. Not ready to give up, Andy and his phenomenal collaborators found a way to create and fund a research position that has allowed him to continue doing exciting research in astrophysics.

The Low Points: Failures and Challenges (30:11)
Andy and his colleagues worked on a really exciting project called the Cosmic Bell Experiment. In this experiment, they used light from distant objects in space to help us better understand the underlying mechanisms of an unusual phenomenon called quantum entanglement. When particles exhibit quantum entanglement, measuring the state of one of the particles allows you to also know the state of the other entangled particle. Their unique approach of using light from distant objects to determine the measurement settings used to measure entangled particles help close some of the loopholes through which quantum entanglement might be able to be explained by classical physics theories (versus quantum mechanics). This experiment turned out to be really exciting, but it was incredibly difficult to get the funding to support it. Andy and his colleagues submitted application after application for funding, and they received a steady stream of rejections. Ultimately, their many failures led to a resounding success!

A Shining Success! (33:33)
After completing the Cosmic Bell Experiment, their group published a great paper, and there was a lot of media coverage of the project. Being involved in writing the paper and engaging with the public through a variety of media opportunities was really fun. Andy was particularly delighted to work with PBS’s TV program NOVA to create a documentary on the experiment because this was a TV show that he loved watching as a kid. He also got to participate in a panel discussion about the documentary and share his insights at San Diego Comic-Con. These were excellent opportunities to talk about the science Andy is so passionate about and to extend the reach of his work.

Most Treasured Travel (37:53)
One of the most memorable trips Andy has taken for science brought him to Vienna, Austria. The goal of this trip was for U.S. scientists who were working on the Cosmic Bell Experiment to meet with collaborators in Austria who would also be working on the project. This was a multi-day collaboration meeting in which Andy was scheduled to give a detailed presentation and answer questions about plans for the experiment. Beforehand, Andy and a group of his colleagues went to lunch at a restaurant in what looked like an old bank building. The bathrooms were located in the basement vault with heavy metal doors. Upon trying to leave the bathroom, Andy had the horrifying realization that the lock wouldn’t budge. Andy tried to text his friends upstairs, but he had no cellular reception through the thick metal of the vault. He was trapped. After about 20-30 minutes someone finally came to his rescue. They had to find a restaurant worker who spoke English, and they were able to open the door from the outside. Andy made it in time to give his presentation, and it went really well. The rest of his time in Austria was amazing. Andy enjoyed exploring the beautiful, historic city of Vienna and having remarkable scientific conversations with colleagues.

Quirky Traditions and Funny Memories (41:20)
In graduate school, Andy ran the school’s comedy magazine called the Harvard Satyrical Press, which featured funny and sarcastic news stories. Contrary to what people might have expected, many of the writers for the magazine were scientists. There were so many creative and funny people studying science at Harvard.

Advice For Us All (45:53)
Be kind to your future self. Do what you can right now to help make your life easier and better in the future. Working hard and being proactive are critical for success, but it is also important to acknowledge the role of luck in our lives and to approach everything with humility. Doing so helps us be less judgmental of others who might be less fortunate.

Guest Bio
Andrew is an astronomer, cosmologist, and data scientist. His main research interests include several different theoretical and observational projects to devise and implement fun experiments that use the entire universe as a laboratory to test fundamental physics. These include novel tests of quantum theory and entanglement using with astronomical observations, searches for exotic new physics with optical polarization studies of distant galaxies, as well as infrared and optical studies of supernovae with ground and space based telescopes to measure the expansion history of the universe, cosmic acceleration, and dark energy. Overall, Andrew enjoys exploring fascinating scientific questions at the intersection between observational astronomy, astrophysics, cosmology, and the philosophy of science through research, science writing, art, animation, public outreach, and science media engagement. For more about Andrew’s work, see his UC San Diego research website, and follow him on Twitter.

When not doing science, Andrew also enjoys good food and good conversation, spending time with friends and family, and he and his wife love playing with their dog (who they are convinced is a small, fuzzy, alien in disguise). He also enjoys composing electronic music purely through software, having long forgotten how to play the piano or any other instrument. In another life (grad school), he was the editor in chief of the Harvard Satyrical Press, Harvard’s only official grad school comedy magazine, now retired, but archived here for posterity, to highlight the news format satire contributions of various nerds.