Listen to the Episode Below (00:39:21)
Play / pause
1x
1.5x
2x
0:00
0:00
00:39:21
volume
iTunesGoogle PlayShare Leave a ReviewClammr ItListen in a New WindowDownloadSoundCloudStitcherSubscribe on AndroidSubscribe via RSS
Sign up to receive bonus content about our guests and sneak peeks for a guest from the next week’s interviews! 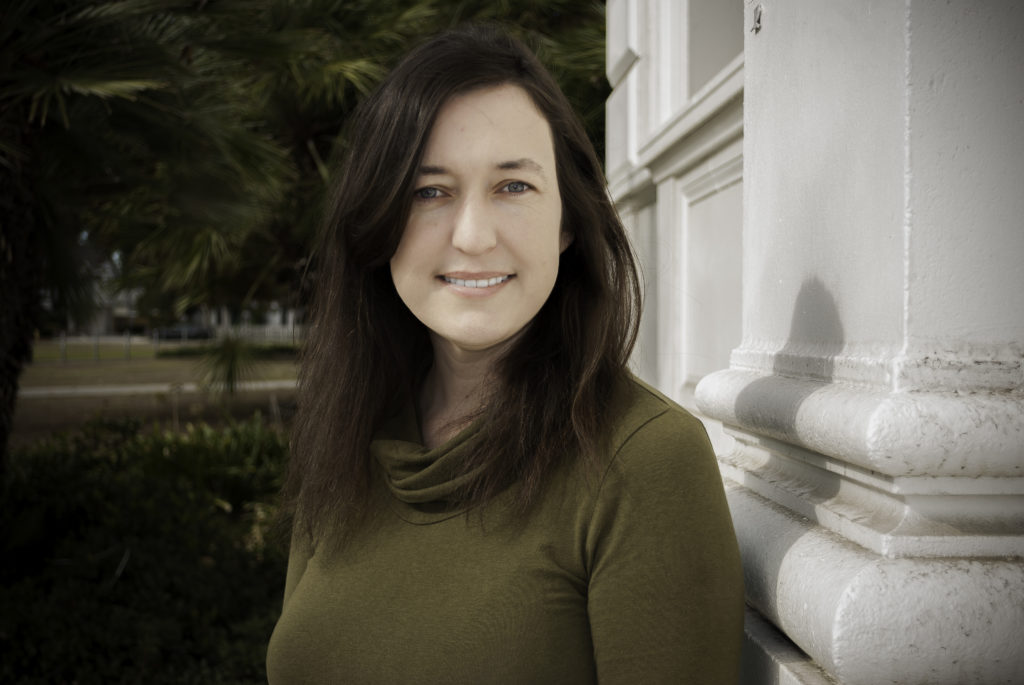 Life Outside of Science (2:18)
Beyond being a scientist, Crystal loves spending time with her two young children, crocheting, and skiing. Another one of her hobbies is painting houses. For Crystal, painting is a relaxing, rhythmic activity, and she really enjoys how you can step back and enjoy a finished product at the end of just one day.

The Scientific Side (3:39)
Crystal’s work centers around understanding the molecular origins of lung cancer. She is interested in how cancer arises in the lungs, what types of cells are involved, what genetic mutations may be happening, and the causes of these mutations. In addition, Crystal’s lab is working to develop new cures for lung cancer and determine which patients will respond best to these treatments.

A Dose of Motivation (4:44)
Her friends and family members who have suffered from cancer have really motivated and inspired Crystal to do the work she does.

What Got You Hooked on Science? (8:38)
Unfortunately, Crystal’s grandmother was diagnosed with melanoma when Crystal was very young. It was difficult to see her grandmother undergo medical treatment and slowly slip away. Crystal knew she wanted to do something to help. However, no one in her family had gone to college before, so she wasn’t sure what path she should take to get there. Crystal knew as early as elementary school that she didn’t want to be a medical doctor. She wanted to make the drugs and treatments that would help people get better. In high school, Crystal participated in a bridge program that allowed her to take classes at the University of California, Santa Cruz when she was still in high school, giving her a head start in college. Getting accepted to Berkeley for graduate school was a major milestone, and she had an opportunity to work with a fantastic mentor there. Crystal was convinced that she would go straight to work in a biotech industry position after graduate school, but there were few jobs available at the end of 2009 when she graduated. She happened to come across an ad on Craig’s List for a postdoctoral position at the University of Southern California. It was a great fit, and Crystal has been at USC doing exciting research ever since.

The Low Points: Failures and Challenges (16:56)
It took some time for Crystal to figure out how the academic system worked and how to navigate through it. There were many situations along the way where faculty and others told her she should drop out and do something else. During graduate school, there was incredible pressure to perform or leave the program. This resulted in many talented people not finishing their degrees, but Crystal managed to succeed in launching her scientific career despite these challenges. A current challenge she faces now is securing funding for her research. Crystal didn’t fully appreciate what academic science entailed until she became a faculty member. Running a lab feels similar to running a small business in many ways because Crystal dedicates a lot of time to fundraising, while other members of her lab do the more hands-on work of writing papers and conducting experiments.

A Shining Success! (22:50)
In graduate school, Crystal was tasked with finding the mechanism of a drug interaction with a hormone receptor. They thought they knew what the mechanism might be, but they needed to gather the data to support their hypotheses. Crystal set out to perform a critical experiment to obtain the data they needed. As she was standing in the dark room by herself in her stained hooded sweatshirt, she reviewed the results and had an astounding realization. The mechanism was completely different from what they had originally observed. The mechanism they were expecting was occurring, but it was occurring as a result of another process at the level of proteins. With the processed film in her hands, Crystal ran through the halls of her building screaming. When she got to the lab and shared her findings everyone in the lab started celebrating with her, including her advisor. The observation Crystal made that day became the basis of a major paper she published in graduate school, and it led to further follow-up studies that allowed her to finish her graduate program earlier than anticipated.

Most Treasured Travel (27:47)
In 2015, Crystal attended a Gordon Research conference that was held at a beautiful location in Italy. The conference was full of exciting science, but her favorite part of the trip was her layover on the way there. Crystal wasn’t able to get a direct flight into Pisa, so she had to stop in Istanbul. The layover for her flight was a full day. She knew she didn’t want to stay at the airport the whole time, so she got a room at a hotel in Sultan Ahmed right across from an iconic mosque in the center of town. This trip was definitely outside Crystal’s comfort zone because she was traveling alone to a new place where she didn’t speak the language, but it was one of the coolest experiences she’s ever had. Everyone she encountered was so nice, the food was amazing, the architecture was beautiful, and it was wonderful to walk around and take in the culture.

Quirky Traditions and Funny Memories (31:21)
Crystal remembers working late in the lab one night in graduate school with one of her colleagues during Hanukkah. They were both Jewish, and they made a Menorah out of conical tubes so they could still celebrate their holiday tradition without having to leave the lab. Their mentor was also working late, and he gave them a formal Jewish blessing. This was a really memorable and meaningful bonding moment at a time when they were all overworked and overstressed.

Advice For Us All (36:06)
Be perseverant, and just keep going. Remember that your mental health is more important than a career, job, or scientific finding. It’s okay to take some personal time for yourself and to prioritize your happiness.

Guest Bio
Crystal’s lab focuses on lung cancer research. They utilize bioinformatic and computational science alongside in vitro experimentation to understand fundamental mechanisms of lung adenocarcinoma disease progression. As an associate member of the Norris Cancer Center and junior faculty member in the Departments of Surgery, and Biochemistry/Molecular Medicine, Crystal’s lab’s focus is on understanding the contribution long non-coding RNAs play in the development of lung cancers. They have characterized a novel role for lncRNAs in mediation of the DNA damage response, and Crystal is keen on translating these basic mechanistic understandings into actionable therapeutic options.