Listen to the Episode Below (00:38:29)
Play / pause
1x
1.5x
2x
0:00
0:00
00:38:29
volume
iTunesGoogle PlayShare Leave a ReviewClammr ItListen in a New WindowDownloadSoundCloudStitcherSubscribe on AndroidSubscribe via RSS
Sign up to receive bonus content about our guests and sneak peeks for a guest from the next week’s interviews! 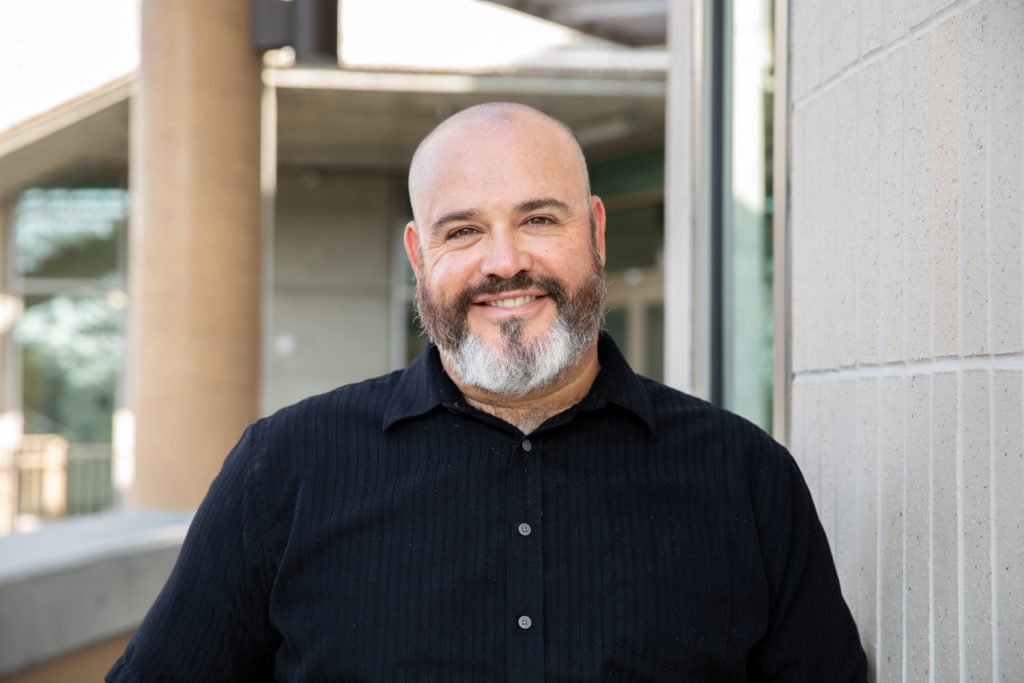 Life Outside of Science (2:23)
Beyond his interests in science, Donovan loves sports and music. He played football through college, and he now enjoys coaching his kids’ baseball and soccer teams. Donovan played bass in a band during college, and he also plays the guitar and drums.

The Scientific Side (3:43)
As a nutritional physiologist, Donovan studies how guts work. He aims to better understand how materials move through the gut, which enzymes are secreted during digestion, what microbes are present, and what role these microbes play. In particular, Donovan focuses his research on animals with unusual diets, such as fish that eat wood or algae, to understand how these foods are digested and how animals can survive on these lower quality foods.

What Got You Hooked on Science? (8:21)
Donovan has always been fascinated by fish, and fishing was one of his childhood hobbies. However, as he grew up, Donovan became more interested in sports. He shifted his focus to his studies when he went to college, and an oceanography class with a fantastic professor changed everything for him. During this class, Donovan went on a field trip to the Upper Newport Bay in Southern California. Seeing this coastal ecosystem firsthand was amazing. It was there that Donovan realized that he wanted to better understand how organisms deal with the fluctuating tides, temperatures, and ion concentrations in an estuary. He became hooked on physiology and marine ecosystems.

The Low Points: Failures and Challenges (16:29)
Donovan’s graduate research investigated wood-eating catfishes from the Amazon in order to better understand how these animals were able to use wood as a source of food. He went into his dissertation convinced that the fish must have developed a solution like beavers or termites that leveraged gut microbes to help digest their food. Donovan spent years doing eight different tests to ascertain whether microbes might be playing an important role, and his experiments unanimously suggested that this was not the case. At that point, he had to accept that his hypothesis might be completely wrong. This experience led Donovan to think about digestion differently and to contemplate the different ways animals could approach digestion. Ultimately, he discovered that the fish were actually optimized for moving material quickly through their guts and getting energy and nutrients from the microbial biomass that lived in the decomposing wood, instead of from the wood itself. Over the years, Donovan has also faced unexpected challenges in the form of experimental mishaps, such as forgetting to turn off the hose when filling a large fish tank or having to create entirely new assays to measure enzymes when his protocols didn’t work.

A Shining Success! (20:37)
In the process of trying to understand the digestive physiology of wood-eating catfish in graduate school, Donovan identified that a key piece of information was how long it took for material to pass through the digestive system of the fish. He planned to give the fish wood that had been dyed red with food coloring, and then switch back to regular wood. He planned to come back after four hours to start monitoring for when the red dye started to appear as waste in the tank. Since the fish are nocturnal, the experiment started at midnight. About four hours later, Donovan went back to observe the fish, and he was stunned to see that there were already red feces in the tank. The gut of these fish was known to be several meters long, so the material had to be moving through the gut at an amazingly fast rate of about one meter per hour. This was the piece of information that tied everything from his previous experiments together. Rather than relying on microbes to slowly digest wood in their gut, the fish were moving a lot of material very quickly through their gut and focusing on the easier to digest biomass that lived in the decomposing wood. Donovan will never forget sending the email with his findings to his thesis committee at 4:00 am.

Most Treasured Travel (25:49)
As an undergraduate, Donovan had the opportunity to travel to Antarctica to do research with the Scripps Institution of Oceanography. They went to Deception Island to study the ice cover, as well as the movement of fish and krill. The island is the caldera of a volcano that was flooded by the sea after erupting. There is a ring of beautiful mountains around the perimeter with a bay in the interior. For that month, Donovan lived with the research team on the boat, did exciting research, and marveled at the penguins and other wildlife around him.

More recently, Donovan had an opportunity to travel to Norway to participate in the thesis examination of a student there. In Europe, it is common for a thesis advisor to invite people who are experts in the field to attend a student’s defense and ask the student questions to assess their knowledge. Donovan’s wife (also a scientist) accompanied him on this trip, and they had great scientific discussions with researchers there. In addition, they went on a fjord cruise and got to see some of the nearby sights.

Quirky Traditions and Funny Memories (30:19)
Drinking tea has been an important part of lab culture for Donovan over the years. In the lab where he completed his master’s degree, they often drank tea together. This made lab discussions and reading papers seem more fun and social. His advisor used to take the group to the Spring Tea Garden in Fullerton to enjoy High Tea, and everyone would wear different fancy tea hats during the event. Tea has become a tradition in Donovan’s own lab as well, though no hats are required. In his present lab, Donovan has also made it a tradition to watch a great lecture series by musician Herbie Hancock that emphasizes how we are so much more than our jobs.

Advice For Us All (35:08)
Follow your passion. Make sure you don’t lose sight of what you want to do and what first got you excited about your work. Also, listen to people, be open and accepting, and try to help when you can.

Guest Bio
Donovan’s primary research goal is to understand how organisms are specialized to use specific resources and the consequences of specialization to ecosystem fluxes. His lab’s research integrates isotopic, molecular, biochemical, and physiological approaches to gain insight into the nutritional physiology of a range of animals, from microbes to vertebrates. By understanding the resource acquisition strategies of a range of organisms within a given ecosystem, he and his team can better understand fluxes within that system. Donovan’s longterm goal is to use this information to make more informed management decisions.