Listen to the Episode Below (00:46:50)
Play / pause
1x
1.5x
2x
0:00
0:00
00:46:50
volume
iTunesGoogle PlayShare Leave a ReviewClammr ItListen in a New WindowDownloadSoundCloudStitcherSubscribe on AndroidSubscribe via RSS
Sign up to receive bonus content about our guests and sneak peeks for a guest from the next week’s interviews! 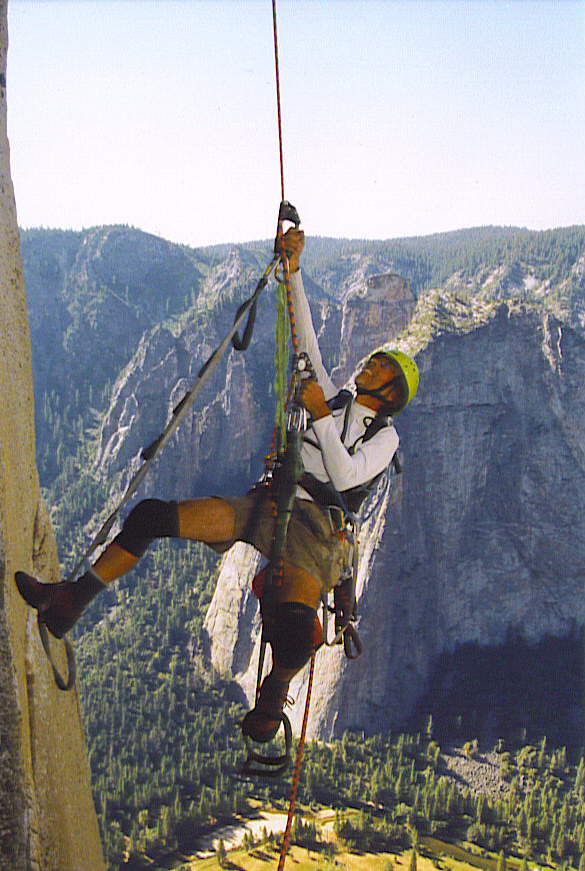 Dr. R. Douglas Fields is Chief of the Nervous System Development and Plasticity Section at the National Institutes of Health (NIH) and Adjunct Professor in the Neuroscience and Cognitive Science Program at the University of Maryland, College Park. In addition, Doug is the author of numerous books and magazine articles about the brain, including the recently released book Electric Brain: How the New Science of Brainwaves Reads Minds, Tells Us How We Learn, and Helps Us Change for the Better. He received his B.A. in biology from the University of California, Berkeley, his M.A. degree in marine biology from San Jose State University, and his Ph.D. degree in marine biology from the University of California, San Diego, working jointly in the Medical School and Scripps Institution of Oceanography. Afterwards, Doug conducted postdoctoral research at Stanford University, Yale University, and the NIH before starting his research laboratory at the NIH in 1994. Doug is an elected Fellow of the American Association for the Advancement of Science, and he is the Founder and Editor-In-Chief of the scientific journal Neuron Glia Biology. In our interview, Doug tells us more about his life and science.

Life Outside of Science (2:38)
When he’s not doing research or writing about science, Doug enjoys rock climbing, mountain climbing, building acoustic guitars, and making his own beer and wine.

The Scientific Side (4:52)
Doug studies how the brain develops and the mechanisms involved in changes to the brain’s structure and function (plasticity). He is particularly interested in how experience regulates development and plasticity in the brain, as well as the mechanisms at a cellular level that are involved in learning.

What Got You Hooked on Science? (9:04, 14:56)
For as long as he can remember, Doug was fascinated by science. He even had a lab bench set up in his childhood bedroom. Fortunately, Doug’s high school biology teacher recognized his interest, and she excused him from regular biology classes to design and conduct his own experiments. This was when Doug performed his very first research projects on memory. From that point onwards, Doug had great mentors at every step of his career journey. After college, Doug pursued a master’s degree in marine biology, and he began studying deep sea fish that could sense electric fields. Through studying electric field receptors in fish, Doug was introduced to neuroscience and neurophysiology. He continued on to study the nervous system and electroreception in sharks in graduate school. In 1987, Doug accepted a two year postdoctoral position at the NIH, and he has been there ever since.

The Low Points: Failures and Challenges (22:49)
Currently, Doug has so many ideas for experiments that he would like to do, but he isn’t able to do them all right now. Difficulties in getting funding, equipment, personnel, and the right collaborations often limit the types and the number of research projects that scientists can pursue. For example, he hasn’t done research on electroreception in many years. It is still unknown how sharks can so sensitively detect very weak or distant electric fields emitted by other sea creatures. Doug has an idea of what the mechanism behind this extremely sensitive ability to detect electric fields may be, but he doesn’t have the resources right now to test his hypothesis. He would need access to sharks and specialized research facilities. Also, since this would be more of a basic science project, it is not work that he would be able to do at the NIH.

A Shining Success! (26:05)
Doug and his colleagues have shown that myelin, the insulating sheath surrounding nerve fibers, can change its structure. There are also gaps in myelin called nodes of Ranvier where neural signals are propagated. Doug’s group determined that these nodes of Ranvier can also change their structure, and they determined how this occurs. These structural changes are relevant because the speed at which information can pass through a nerve fiber depends on the thickness of the myelin sheath and the structure of the nodes of Ranvier. Doug’s research suggests that the ability of myelin and nodes of Ranvier to change their structure may be important in learning and memory because the timing of information arriving at different relay points within the brain can strengthen connections between neurons. Their most recent paper on this work was a major success because it represented over 10 years of work, it was published in a prestigious journal, and it presented data that strongly refuted the previously accepted dogma that myelin was static and unchanging.

Book Recommendations (29:30)
The Other Brain: From Dementia to Schizophrenia, How New Discoveries about the Brain Are Revolutionizing Medicine and Science by R. Douglas Fields, Why We Snap: Understanding the Rage Circuit in Your Brain by R. Douglas Fields, Electric Brain: How the New Science of Brainwaves Reads Minds, Tells Us How We Learn, and Helps Us Change for the Better by R. Douglas Fields, The Nature Fix: Why Nature Makes Us Happier, Healthier, and More Creative by Florence Williams, Where the Crawdads Sing by Delia Owens, and Mind at the End of Its Tether by H. G. Wells.

Most Treasured Travel (40:03)
When Doug read about a scientist in Quito, Ecuador who had resurrected yeast from fermentation vessels found in a 1,500 year old pre-Incan tomb, he couldn’t resist learning more. This newly discovered yeast species was used by the pre-Incan people to make a traditional drink called chicha. It was fun to meet the person who resurrected the yeast, and Doug even had an opportunity to sample some beer made with it. Doug’s daughter accompanied him on the trip to Quito, and the mountains and volcanoes in Ecuador were absolutely stunning. After climbing Mount Cotopaxi, they went on an adventure to try to find the pre-Incan tombs where the yeast was found.

Quirky Traditions and Funny Memories (42:16)
During his marine biology days, Doug and his colleagues would go out to San Nicolas Island off the coast of California to do field research. This island is owned by the U.S. Navy, and it has been uninhabited for over 100 years. It was amazing to experience the pristine natural beauty there. Doug also has fond memories of his time as a graduate student experimenting with making beer and wine in the cold room of the lab (before stricter regulations on laboratory safety were established). It was fun and interesting to dabble in the science of fermentation with his labmates.

Advice For Us All (45:33)
The job of a scientist is to do something that has never been done before. You have to be able to predict the future and get there first. To do this, you must believe in yourself.

Guest Bio
Doug’s long-standing interest is in how functional activity (experience) affects development and plasticity of the brain and the cellular mechanisms of learning and memory. In addition to studying synaptic plasticity, Dr. Fields is interested in new mechanisms of nervous system plasticity and especially those involving non-neuronal brain cells (glia). His lab’s most recent research has advanced a new mechanism of learning and plasticity involving the glial cells that make electrical insulation on axons, called myelin. By sensing electrical activity in neural circuits, these cells can form myelin or remodel myelin to alter the speed of impulse transmission to achieve optimal timing of neural impulse arrival at relay points in neural circuits. Outside the lab Doug enjoys rock climbing, building guitars, brewing beer and wine, and writing about science for a general audience. He has authored three books about neuroscience for the general reader. His first book called The Other Brain, is about glia, which are brain cells that communicate without using electricity. Doug’s second book is called Why We Snap, and it covers the neuroscience of aggression. His new book released in Feburary, 2020 is called Electric Brain, and it talks about using brainwaves, brain-computer interfaces, neurofeedback, and brain stimulation to modify the brain’s electrical activity to treat neurological and psychiatric illness, as well as to improve cognition. He and his wife, who is a high school biology teacher, have been happily married for 42 years and they have three grown children. They all enjoy rock and mountain climbing together.