Listen to the Episode Below (00:50:23)
Play / pause
1x
1.5x
2x
0:00
0:00
00:50:23
volume
iTunesGoogle PlayShare Leave a ReviewClammr ItListen in a New WindowDownloadSoundCloudStitcherSubscribe on AndroidSubscribe via RSS
Sign up to receive bonus content about our guests and sneak peeks for a guest from the next week’s interviews! 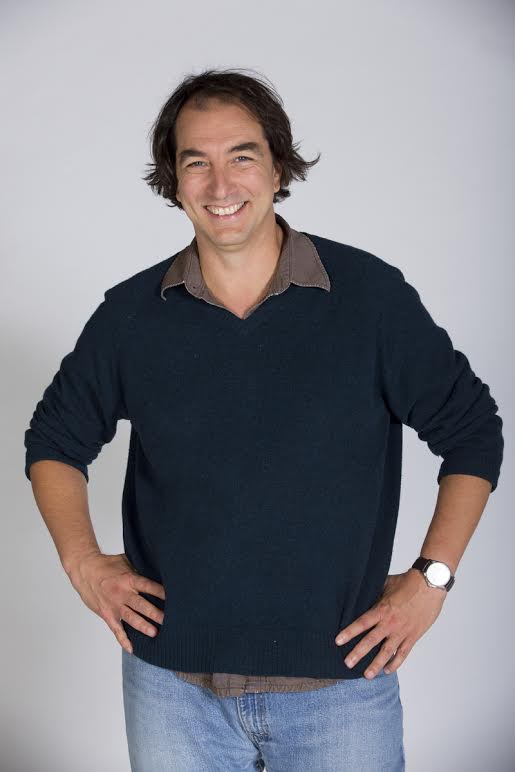 Dr. Jess Adkins is a Professor of Geochemistry at California Institute of Technology. He received his PhD in Chemical Oceanography from MIT and the Woods Hole Oceanographic Institution. He then completed postdoctoral fellowships at the Lamont-Doherty Earth Observatory and at the University of Minnesota before joining the faculty at Caltech. Jess has received many awards and honors during his career, including the Houtermans Medal from the European Association of Geochemistry, the Ruth and Paul Fye Best Paper Award from MIT and the Woods Hole Oceanographic Institution, and the Organic Geochemical Division of the Geochemical Society Best Paper Award. Jess is here with us today to tell us all about his journey through life and science.

Life Outside of Science
When he’s not at work, you can find Jess coaching his kids soccer teams, hiking in the mountains near Los Angelses, and cooking with his wife.

The Scientific Side
Jess is an oceanographer who studies the history of the earth’s climate. He is working to understand the inner workings of the earth’s climate system by studying long-term shifts in climate that are documented in the chemical, biological, and geological records of the deep sea.

A Dose of Motivation
He gets inspiration from art, including the picture by René Magritte Ceci n’est pas une pipe, also his favorite painting Las Meninas by Velasquez. He also likes to apply the quote “When life gives you lemons, you’ve got to make lemonade.

What Got You Hooked on Science?
In high school, Jess had superb chemistry and math teachers. He was planning on majoring in math in college, but was instead captivated by his courses in chemistry. After graduation, he was hesitant about graduate school or jobs in chemistry because he didn’t want an isolated, indoor job. He accepted a serendipitous invitation for a lab technician position at UC Santa Barbara where he would be close to the ocean and the mountains (and also play ultimate frisbee). This is how his career began.

The Low Points: Failures and Challenges
One of his bigger failures happened in graduate school when he started working on deep sea corals. It hadn’t really been done it yet, but there was a wealth of information available. So, he started measuring things in deep sea corals that could give information on past climates. None of them worked. He had to take a step back and think about the tracers and correlations he was seeing, and this actually turned into a whole new area of study for the lab.

A Shining Success!
Earlier, Jess proposed a theory of potential energy storage in the deep ocean that could relate to climate change if the water was dense because it was salty (rather than dense because it was cold). This past spring they published a paper in Nature where they tested this theory for the first time. They developed a new chemical tracer thermometer for deep sea corals to confirm that thousands of years ago, the North Atlantic Ocean did have warm water under cold water.

Most Treasured Travel
Recently, Jess was thrilled by his trip to Israel. Geopolitically, he found it a really interesting place to visit. He and his wife had an opportunity to go to Jordan specifically to Petra which is where part of Indiana Jones – Raiders of the Lost Arc was filmed. This had been really high on his list of places to visit for a long time and it was spectacular!

Quirky Traditions and Funny Memories
Jess shares a fantastic story about bad weather at sea during a trip where the pressure was high to get data collected in time for his tenure cycle. While they were stuck out at sea waiting out the storm, a crew member noticed Jess’s Medusa medallion on his computer and superstitiously demanded that they get it off the ship to stop the bad weather. They got everyone together for a grandiose sendoff for the medallion that involved hair, gasoline, and fire! Believe it or not, the sea was calm the next day!

Advice For Us All
It’s important to enjoy getting up every morning and going to work. Sometimes being excited about the big questions isn’t enough. You need to also be happy doing the process so try to find a job that is a good fit for how you want to spend your everyday.

Guest Bio
Jess is a chemical oceanographer interested in using trace metals as tracers of environmental processes. Most of his current work is centered around the geochemical investigation of past climates. He is primarily concerned with the last few glacial/interglacial cycles that span a few hundred thousand years. It is in this time range that we have both a relatively accurate and precise understanding of age models (though they are always improving) together with large climatic shifts that require mechanistic explanation.  In particular, we have an amazing record of the rapidity and magnitude of climate change from polar ice cores. The last 10,000 years, the Holocene, is marked by relative climatic stability when compared to the preceding glacial period where there are large and very fast transitions between cold and warm times. As an oceanographer, Jess tries to understand the coupled ocean/atmosphere system during these shifts by monitoring the deep ocean’s behavior. Much of his work to date has focused on developing a new climate archive, deep-sea corals, that has the potential to revolutionize the types of information we can obtain about oceanographic climate change. He has several projects currently underway in his laboratory that are related to better understanding the mechanisms of rapid climate change and climate evolution.