Listen to the Episode Below (00:43:23)
Play / pause
1x
1.5x
2x
0:00
0:00
00:43:23
volume
iTunesGoogle PlayShare Leave a ReviewClammr ItListen in a New WindowDownloadSoundCloudStitcherSubscribe on AndroidSubscribe via RSS
Sign up to receive bonus content about our guests and sneak peeks for a guest from the next week’s interviews! 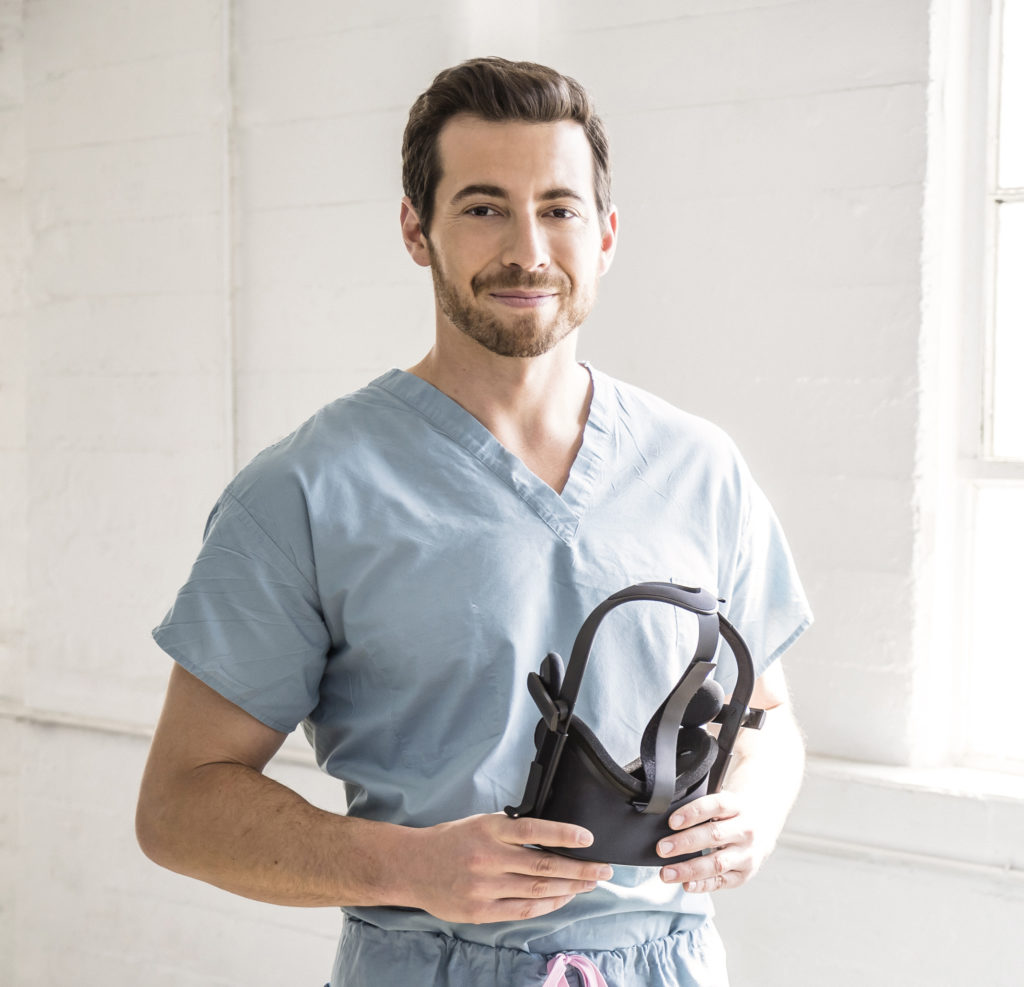 Dr. Justin Barad is the CEO of Osso VR, a virtual reality surgical training software company. He received his bachelor’s degree in bioengineering and biomedical engineering from the University of California, Berkeley and was awarded his MD from the David Geffen School of Medicine at the University of California, Los Angeles (UCLA). Afterwards, Justin completed his residency in orthopedics at UCLA and his fellowship in pediatric orthopaedics at Harvard University and Boston Children’s Hospital. Justin was subsequently awarded a Biodesign Innovation Fellowship at the Stanford Byers Center for Biodesign. In addition, Justin has been an editor and contributor for over a decade to the popular medical technology news site medGadget. In our interview, Justin told us more about his life and science.

Life Outside of Science (2:19)
In his free time, Justin enjoys sipping on a good cup of coffee, going for a run with his dog, and playing the piano and flute. He also enjoys traveling to new places around the world and exploring the local cuisine.

The Scientific Side (3:23)
Justin and the team at Osso VR are developing a surgical training platform that uses virtual reality and gaming technology to solve critical training challenges for surgeons and healthcare providers around the world.

What Got You Hooked on Science? (6:47)
As a kid, Justin was passionate about video games, and he taught himself computer programming when he was in middle school. In high school, Justin worked at the video game company Activision, and he was excited to have a game credit with them. However, towards the end of high school, one of his family members became ill and spent a lot of time in the hospital. This experience made Justin re-think his career plans and what he could do to have a positive impact on people’s lives. He wanted to combine his interests in video games, software, and technology to help people and solve medical problems. Justin pursued bioengineering in college, but as he started looking at potential jobs, he felt like he wasn’t on the right track to reach his goal. A mentor told Justin that the best way to solve problems was to really understand them deeply. To do this in medicine, it would be best to become a physician. Justin decided to go to medical school, and it’s the best decision he has ever made. He was drawn to orthopaedic surgery because it allowed him to use engineering principles to put injured people back together. Seeing someone who couldn’t walk return to walking after surgery was inspirational.

The Low Points: Failures and Challenges (21:51)
Being accepted into the Stanford Biodesign Innovation Fellowship program was an amazing opportunity for Justin. It is an exceptional program that brings together physicians and engineers to identify big medical technology problems and solve them. The interview process was intense, he had worked so hard to get to this point, and he finally got to this culmination point on his career journey. However, while Justin was in the program, this virtual reality training side project started getting some traction and attention, and he was faced with a major conflict of commitment. Justin was trying to do everything, and he was failing. He had to make a difficult decision of whether to continue in this amazing fellowship program or pursue this crazy side project that he was passionate about and really believed in. Justin decided to pursue the problem he felt was important, and he left the fellowship program to pursue virtual reality surgical training. This was an extremely hard decision to make, and the transition from years of structured work to ultimate flexibility as an early-stage entrepreneur was also really difficult.

A Shining Success! (27:25)
The Osso VR team is proud to have participated in and won a challenge from the U.S. Department of Education to identify the top technical simulation company in the country to address issues in training that are shared across a wide variety of industries today. In nearly all industries, people need to learn skills faster and more frequently than ever before. Many people have 3-4 different careers in their lives, so it’s not feasible to learn everything they will need to know in high school, college, or graduate school. It was exciting for Justin to apply what they’ve learned in medicine to address this issue. They were able to adapt their technology to help people in high school, college, and higher education. This was an important success because their team cares deeply about what they are doing and appreciates that ongoing career training may be critical for allowing people to maintain meaningful employment in an age of automation and rapid changes in technology.

Book Recommendations (30:22)
Doctors: The Biography of Medicine by Sherwin B. Nuland

Most Treasured Travel (33:35)
Justin was impressed by Lisbon, Portugal when he traveled there to attend a medical conference about surgical training. During the conference, they had an opportunity to show their virtual reality technology to leading surgeons from around the world. As a result, Osso VR is now being used in Europe, the Middle East, and Africa. The city of Lisbon was amazing, the culture was great, the food was incredible, and everything was surprisingly affordable. Justin particularly recommends the backroad cuisine tours where you get to experience traditional places where the locals eat. These food tours really help you understand and appreciate the culture.

Quirky Traditions and Funny Memories (35:40)
Whenever lab members from one of Justin’s former labs had a party, they would serve drinks in test tubes, and they generally tried to inject science into everything they did. There are also a lot of amusing and positive stereotypes about different groups of physicians, including orthopedic surgeons. Working in science and medicine has been a lot of fun because he is able to work with motivated and intelligent people who want to contribute to the world through helping people and solving difficult problems.

Advice For Us All (38:46)
Find important problems, don’t just bring solutions. Have a bias for action because sometimes any decision is better than no decision. You have the power and the potential to make difficult decisions, tackle big challenges, and do something really different. It’s okay to quit, but never give up. Don’t think about all the ways you can fail, think of all the ways you can succeed. Failure is part of the process, and it’s okay to fail, but don’t let failure stop you.

Guest Bio
Justin’s greatest passion is identifying ways for emerging technology to solve challenges in our healthcare system. Originally hoping to be a game developer, a family health incident introduced him to the world of healthcare. He subsequently shifted his focus in order to harness his technology background to solve medical problems. In order to research healthcare’s greatest challenges firsthand, Justin chose to become a physician. In residency, Justin identified what could be one of the most pressing medical challenges of this century: how we are training our surgeons. He co-founded Osso VR with a mission to improve patient safety and democratize access to modern surgical techniques. Justin loves being a surgeon entrepreneur, balancing his time in the OR with the exciting energy of innovation in Silicon Valley and the medtech space.