Listen to the Episode Below (00:45:38)
Play / pause
1x
1.5x
2x
0:00
0:00
00:45:38
volume
iTunesGoogle PlayShare Leave a ReviewClammr ItListen in a New WindowDownloadSoundCloudStitcherSubscribe on AndroidSubscribe via RSS
Sign up to receive bonus content about our guests and sneak peeks for a guest from the next week’s interviews! 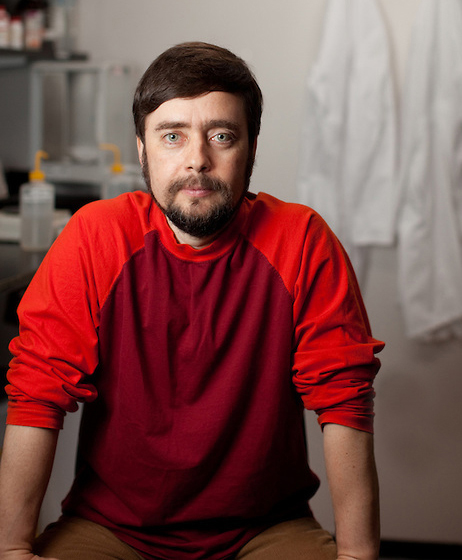 Dr. Michael Levin is Professor and Vannevar Bush Endowed Chair in the Department of Biology at Tufts University. He is also Director of the Allen Discovery Center at Tufts and Director of the Tufts Center for Regenerative and Developmental Biology. In addition, Mike is a Visiting Scholar at the Wyss Institute at Harvard. Mike received his B.S. in Computer Science and Biology from Tufts University and his Ph.D. in Genetics from Harvard University Medical School. He remained at Harvard University afterwards to conduct research in molecular embryology under a Helen Hay Whitney Foundation post-doctoral fellowship. Next, Mike joined the faculty at Harvard and also became a member of the research staff at the Forsyth Institute. During his career, Mike has received numerous honors and accolades. He was awarded a Junior Investigator Award from the Society for Physical Regulation in Biology and Medicine, the Distinguished Scholar Award from Tufts University, the Scientist of Vision Award from the International Functional Electrical Stimulation Society, and the Established Investigator Award from the American Heart Association. In our interview, Mike shares more about his life and science.

Life Outside of Science (2:43)
When he’s not thinking about science, Mike spends his time with his wife and kids, enjoys the outdoors, goes kayaking, and takes lots of photos of the natural world. His photo portfolio includes many striking panoramic shots and microphotography of insects.

The Scientific Side (3:28)
Mike seeks to better understand how living things work. Specifically, he studies how cells and tissues make decisions, computations that occur in living systems, and the mechanisms that allow cells and complex structures to arise through evolution and to be created during development and regeneration.

A Dose of Motivation (4:21)
“While I was sitting one night with a poet friend watching a great opera performed in a tent under arc lights, the poet took my arm and pointed silently. Far up, blundering out of the night, a huge Cecropia moth swept past from light to light over the posturings of the actors. ‘He doesn’t know,’ my friend whispered excitedly. ‘He’s passing through an alien universe brightly lit but invisible to him. He’s in another play; he doesn’t see us. He doesn’t know. Maybe it’s happening right now to us.’” – Loren Eiseley

What Got You Hooked on Science? (10:35)
When he was about four years old, Mike’s father pulled the back panel off their old vacuum tube TV in their family home in Moscow, Russia, and Mike remembers marveling at all of the components inside. He was amazed that someone knew how to put all the pieces together in the right combination to make the TV work. Not long after, Mike met an older kid who became his insect collecting companion. Their adventures with caterpillars, beetles, and other creatures inspired Mike to begin thinking about what was inside living things, how they worked, and how they got to be the way they were. Mike also became very interested in computers and programming. He was paid to write software even before he started high school, and he planned to go to college to study computer science. While at Tufts University for college, Mike started a software company with his dad. He realized that to have a big impact in his field, he should learn more about the processes and computations that occur in the natural world, so he added a second major in biology. The science completely captivated Mike, and he gave up the software company to go to graduate school.

The Low Points: Failures and Challenges (21:54)
As a postdoctoral fellow, Mike studied left-right patterning, which is how the cells in the body know what side they are on so they can correctly pattern asymmetric organs like the heart and liver. In their “test” samples, they expected that some organs may develop on the incorrect side of the body, and in “control” samples, all of the organs should have been on the correct side. For about four months in the middle of the project, nearly one third of the control samples had organs appearing on random sides of the body. This made it impossible to interpret their data or compare the test samples to the controls. Mike troubleshooted the experiments extensively, but couldn’t figure out what was happening. This was really frustrating because he had deadlines to meet, papers to write, and conferences to present at, but he couldn’t get a single experiment to work properly. They finally discovered that one of their solutions had not been made with the correct pH. While the low pH solution didn’t seem to impact any of the other work being done in their group, it had a major effect on the left-right patterning that Mike was studying.

A Shining Success! (26:32)
Recently, Mike and colleagues completed an interesting project that used computational modeling to investigate how the early brain is patterned. They created a computational model to understand the electrical properties of all the cells that would eventually make up the brain and to understand why drugs like alcohol and nicotine disrupt brain patterning, resulting in birth defects. Next, they used this model to ask what it would take to fix the detrimental effects of these drugs after they disrupted brain development. It was remarkable to be able to ask a question, come up with a computational model to explain the physiological data they observed, invert the model to ask what can be done to correct a pathological condition, and then test that intervention in the lab. In the end, they suggested a specific treatment that, in the lab, caused their model organisms to regain brain shape, gene expression, and IQ after brain development was disrupted by drugs. It is amazing that their model is making predictions of effective therapies. Their group is now investigating the timing of exposure and intervention to better understand this phenomenon.

Book Recommendations (29:42)
Cybernetics: Or Control and Communication in the Animal and the Machine by Norbert Weiner, Gödel, Escher, Bach: An Eternal Golden Braid by Douglas Hofstadter, Shufflebrain by Paul Pietsch

Most Treasured Travel (31:47)
Mike traveled to Lincoln University in New Zealand to give scientific presentations and meet with collaborators. During his visit, Mike had excellent interactions with other researchers and enjoyed speaking with students. He stayed for several extra days to drive around, visit the mountains, and see the South Island. It was a beautiful place, and he was only able to see a small portion of all the great sights he wanted to see.

Quirky Traditions and Funny Memories (34:05)
Currently, Mike’s lab enjoys getting together for lab outings, outdoor lunch picnics, lab parties, and pizza nights. Each semester, Mike invites all of the undergraduate students in the lab to have pizza at a local restaurant and chat. It’s a lot of fun, and it’s an important opportunity for the students to talk about careers, discuss their science, share their experiences in the lab, and ask Mike questions. Mike plans similar outings for the graduate students, postdoctoral fellows, and technical personnel in his lab as well.

Advice For Us All (39:59)
Identify the most efficient and definitive way to answer the question you are interested in, and do it. Regardless of whether it is difficult or expensive, scale your effort to get a clean, definitive answer to your question, rather than taking a roundabout approach. If something already exists, don’t reinvent the wheel. If you’re working on something truly new, give yourself time to develop it properly. Try to give out as much encouragement and help as you do criticism. Know what you are talking about, develop an intuition for choosing good questions, don’t let people discourage you, and don’t give up.

Guest Bio
Mike’s diverse group is home to developmental biologists, computer scientists, and physicists. The team works on questions of information processing and computation in living tissues, especially focused on bioelectrical communication among all (not just neural) cells. Some of their questions relate to birth defects, regenerative biology, and cancer. How do cells and organs know what patterns to create and repair, and when to stop, during embryogenesis and regeneration? Why do some cells abandon the bodyplan and revert to a unicellular existence and form cancers? Other work relates to the interface of brain and body. What happens to memories during brain regeneration, and how do cognitive programs change when the body architecture and sensory system are radically altered? The Levin lab uses a mix of developmental biophysics, molecular genetics, and computational modeling to ask basic questions about the relationship of genomes and anatomy, and transition them to applications in repair of birth defects, regenerative therapy, and cancer reprogramming (without genomic editing). They work in a range of model systems, from frogs to planarian flatworms, slime molds, and human organoids in culture. Their goal is to produce an algorithmic understanding of cellular decision-making in vivo and transition this unconventional research program toward advances in regenerative medicine, synthetic bioengineering, and even machine learning.