Listen to the Episode Below (00:50:31)
Play / pause
1x
1.5x
2x
0:00
0:00
00:50:31
volume
iTunesGoogle PlayShare Leave a ReviewClammr ItListen in a New WindowDownloadSoundCloudStitcherSubscribe on AndroidSubscribe via RSS
Sign up to receive bonus content about our guests and sneak peeks for a guest from the next week’s interviews! 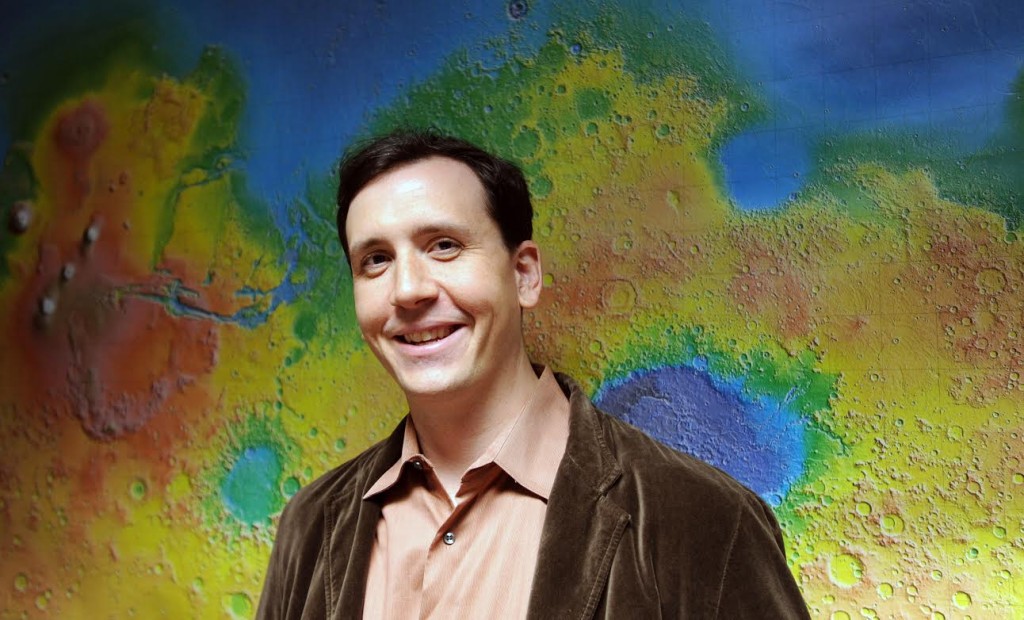 Dr. Shawn Domagal-Goldman is a Research Space Sientist with NASA at the Goddard Space Flight Center. He received his Masters Degree in Earth Sciences from the University of Rochester and his PhD in Astrobiology and Geosciences from the Pennsylvania State University. Shawn previously worked as a Research Associate at Penn State, a Research Associate in the Virtual Planetary Laboratory at the University of Washington, and also served as the NASA Astrobiology Management Postdoctoral Fellow before accepting his current position. Shawn is here with us today to tell us all about his journey through life and science.

Life Outside of Science
Right now Shawn spends a lot of his free time being a parent to his 16 month old daughter. When he’s not spending quality time with his family, Shawn also likes play basketball, water polo, and video games, as well as blog.

The Scientific Side
Shawn spends his days looks for ways to detect signs of alien life. He uses a wide variety of techniques, includes mass spectrometers to measure the ratios of isotopes on the surface of Mars or spectrographs to measure the abundance of planetary gases.

A Dose of Motivation
What you are is God’s gift to you, and what you become is your gift to God.

What Got You Hooked on Science?
Science has always been fascinating for Shawn, and he remembers particularly liking the intellectual challenge that science presents. He was drawn to his particular area of study after reading books about the potential for previous life on Mars. He thought Mars was pretty cool, and the idea of life forms outside of our planet was also pretty cool, so he decided to find the best ways to search for life outside of Earth.

The Low Points: Failures and Challenges
As a postdoc, Shawn worked on a paper for 2 – 3 years, and someone was added as an author to the paper late in the game because they independently discovered the same phenomena. This person wanted to be first author on the paper (the one recognized as having done the most work), but was not awarded the first author position. The scientist left the publication and published these results separately before Shawn could get his paper out, which was a huge hit, particularly at a time in his career when getting papers out and credit for novel work was so important.

A Shining Success!
The first paper Shawn got accepted into the literature was an important success. This milestone made him feel like a real scientist. It was also a good learning experience on the process of science and publication. He sent his paper off, it got a lot of suggestions in peer review, and after a lot of work, he got the big acceptance.

Book Recommendations
Where the Sidewalk Ends by Shel Silverstein, The Game of Thrones books by George R. R. Martin

Most Treasured Travel
In grad school, Shawn traveled to San Salvador Island in the Bahamas a few times. While the undergrad students were studying the beautiful, pristine coral reefs, he and his comrades were trudging through smelly, bacteria-filled, shallow ponds on the island for their research. It was worth it though because at the end of the day they got to enjoy the beautiful oceans and the company of wonderful local people.

Quirky Traditions and Funny Memories
One of the things he likes most about working at NASA is that he and his colleagues are almost like a family. They all put the success of the mission and the phenomenal science above their own individual achievements and recognition. This working for the good of the team mentality allows them to do some truly exceptional science.

Advice For Us All
Find something you love, and pursue that passion.

Guest Bio
Shawn’s research focuses on ascertaining as much as possible about “alien planets” using sparse data sets. For the early Earth and other terrestrial planets, he works on utilizing isotopic trends as proxies for atmospheric processes and elemental cycling. This includes work on the fundamental controls on iron isotope fractionation and on global controls on mass-independent Sulfur isotope fractionation (S-MIF). For extrasolar planets, he helps develop (and sometimes critique) spetroscopy-based characterization techniques that can inform us about a planet’s surface climate, habitability, and ecosystems. Shawn is also extremely passionate about science communication, and believes it is the responsibility of publicly-funded scientists to bring the results of their research back to the public. To this end, he has helped organize FameLab events in the US and is always looking for new opportunities to talk about NASA science in public forums.