Listen to the Episode Below (00:54:24)
Play / pause
1x
1.5x
2x
0:00
0:00
00:54:24
volume
iTunesGoogle PlayShare Leave a ReviewClammr ItListen in a New WindowDownloadSoundCloudStitcherSubscribe on AndroidSubscribe via RSS
Sign up to receive bonus content about our guests and sneak peeks for a guest from the next week’s interviews! 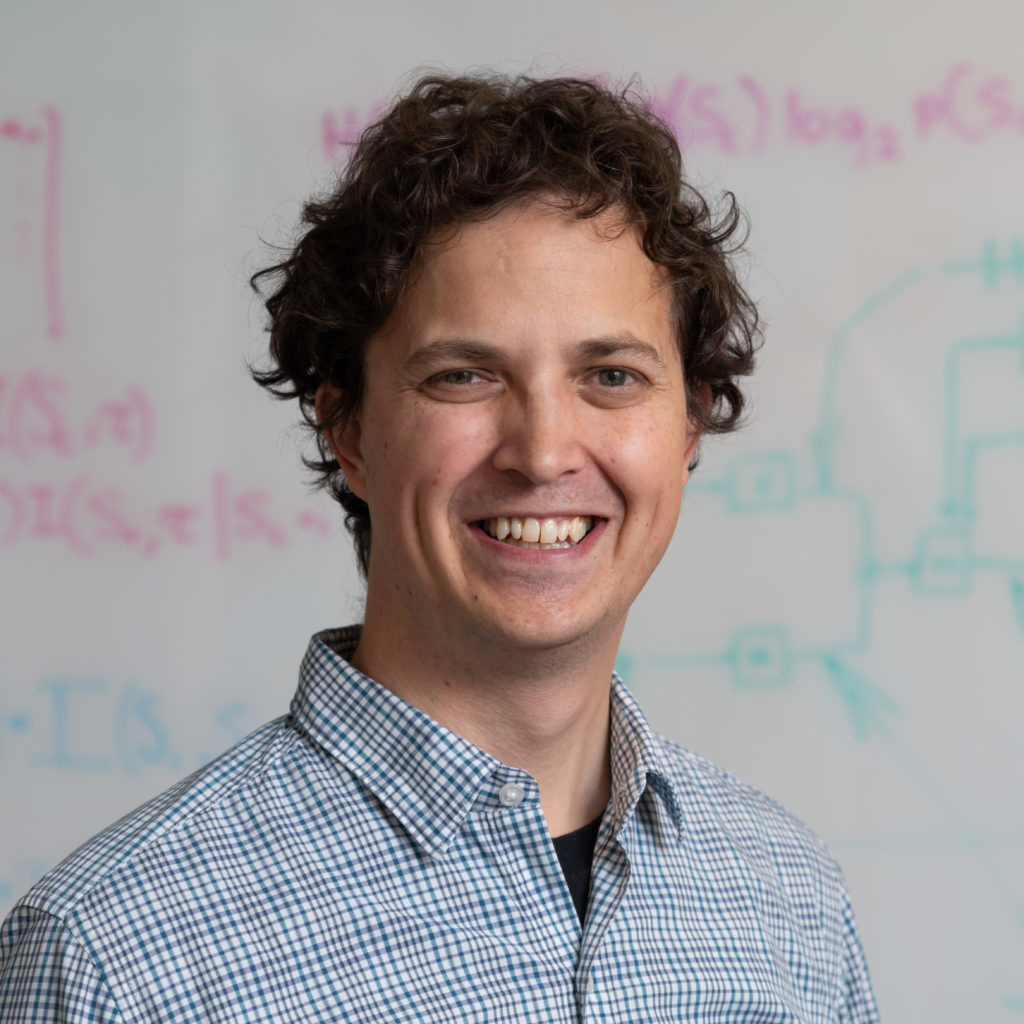 Dr. Simon Sponberg is Dunn Family Professor and Assistant Professor in the School of Physics and the School of Biological Sciences, as well as Adjunct Assistant Professor in Biomedical Engineering at the Georgia Institute of Technology (Georgia Tech). He received his B.A. in physics and biology from Lewis & Clark College and his Ph.D. in Integrative Biology from the University of California, Berkeley. Afterwards, Simon conducted postdoctoral research at the University of Washington before joining the faculty at Georgia Tech. He has been the recipient of an NSF Postdoctoral Fellowship in Biological Informatics, the University of Washington Postdoctoral Mentoring Award, the Young Investigator Award from the International Society for Neuroethology, an NSF Faculty Early Career Development (CAREER) Award, a Klingenstein-Simons Fellowship in the Neurosciences, and a Hertz Fellowship. In our interview, Simon shares more about his life and science.

Life Outside of Science (2:23)
When he’s not doing science, Simon loves to cook. Cooking is an excellent creative outlet, it allows him to experience and understand other cultures, and it’s fun to cook with people and enjoy the results together afterwards. Simon is also a big fan of hiking and spending time outdoors.

The Scientific Side (5:19)
Through his research, Simon is interested in understanding how the brain works with muscles to make bodies move. Animals move gracefully in nearly all environments on Earth, and many types of movement can be difficult to perform in robotics and other created systems. Simon uses animal models to study how the body and the muscles inform the brain in terms of the information we take in and how we react to the environment.

A Dose of Motivation (6:43)
“The most exciting phrase to hear in science, the one that heralds new discoveries, is not ‘Eureka!’ but ‘That’s funny…’” – Isaac Asimov

What Got You Hooked on Science? (11:23)
At the age of six, Simon remembers examining the discarded exoskeletons of cicadas near his house. He’d pick up one skeleton, study it, and then move onto the next one. However, one of the cicada skins he picked up had not been fully shed, and the cicada inside suddenly started making a loud buzzing sound. It was terrifying. After this somewhat traumatic experience, Simon never imagined he would go on to have a career studying insects. During middle school, Simon had a great teacher who led a program called the Future Problem Solvers. This program brought together groups of students to compete using critical thinking to analyze and solve science fiction problem scenarios. Participating in this program prompted Simon to think more about the future, the problems we would have, and the solutions we would need. Entering college, Simon wasn’t sure what he wanted to pursue for a major. He liked various scientific disciplines, but he was also interested in philosophy, history, and international studies. A conversation with a professor who was a biophysicist helped Simon narrow his focus. Simon started off as a physics major, but a comparative physiology class piqued his interest in how animals solve problems in their environments in different ways. He realized that he wanted to study the intersections of organismal biology and physics.

The Low Points: Failures and Challenges (27:53)
When Simon was a postdoctoral fellow, he worked on a project investigating force production and timing of activation of a single pair of muscles in moths. The goal for this project was to see if the moth’s brain could precisely modulate the timing of activation of one of these muscles. Simon put a lot of time and energy into planning the experiment, building a flight arena for moth, creating the visual stimuli that would induce turning during flight, performing the experiments, and collecting all the data from moth muscles. When he started to analyze the data, Simon was extremely disappointed to discover that he couldn’t identify any coherent pattern for how the brain was modulating the muscles. This was particularly frustrating because it seemed like he could hear a pattern of activity in the electrical recordings when he was listening. Simon struggled for months to understand what may have gone wrong. He eventually discovered that the timing of muscle activity was even more precise than he originally expected, and that the way he was analyzing the data wasn’t careful enough to identify that level of detail. After making this realization, the story started to make sense again. Simon conducted additional followup experiments, and he was excited to see that the new data also supported this new idea that the timing of modulation of the muscle was at the level of less than a millisecond.

A Shining Success! (32:14)
Simon was excited to join a few of his trainees on a trip to the Argonne National Lab to perform experiments to uncover the underlying molecular structure of contracting moth muscles using the particle accelerator. Getting a grant for time on the x-ray beam there is highly competitive, and they only had a few days to do their experiments. They planned to prepare samples of moth flight control muscles, ship them to Argonne National Lab, finish the muscle preparations onsite, and start the experiments. With the first muscle sample, they got a little bit of good data. However, the next few muscles didn’t yield any data, and the fourth muscle provided wildly varying force data. Something was wrong, but they couldn’t figure out what. Over the next two days, a student prepared 20 different muscle samples, they completely disassembled and reassembled all of their equipment, and still nothing was working. They were running out of time, and the pressure was mounting. Simon soon realized that all of their muscles must have lost viability during shipping, and they had just spent two full days working with muscle that was too damaged to provide useful data. He was able to get new samples sent over from his former postdoctoral advisor, and they began working feverishly to collect the necessary data. Simon had to return to Georgia Tech before the experiments were concluded, but his trainees managed to finish collecting a good set of data that they could use for their projects.

Most Treasured Travel (41:23)
This past summer, Simon traveled to India to visit a colleague at the National Center for Biological Sciences near Bengaluru. The lab was in an area surrounded by about 200 acres of jungle, and Simon had a wonderful time spending several days doing science with them. Afterwards, Simon traveled to a monastery in southern India that is home to a group of Tibetan Buddhist monks in exile. The Dalai Lama created a program where experts teach neuroscience to the monks, and neuroscience, physics, and biology are incorporated into the monastic education curriculum. Simon spent a few weeks teaching neuroscience there, and this was an amazing opportunity to share his science with people who were passionate about the topics he was discussing, but were approaching their studies with different perspectives and backgrounds from his own.

Quirky Traditions and Funny Memories (43:52)
The first rule of Simon’s lab is “Don’t trust Simon”. This rule encourages trainees not to trust Simon to do their science and think for them. Simon’s goal is to encourage students to formulate their own ideas, develop independent critical thinking, and not just follow along with what he says. The rule also alludes to the fact that Simon can at times be mischievous, have a dry sense of humor, and joke around both in and out of the lab. For example, during his postdoctoral fellowship, Simon and his labmates set up a remote control system to control their advisor’s computer. From the next room over, they could wirelessly make the computer start playing music, adjust the volume, and other unexpected behaviors. They would often turn on jazz music when someone was entering their advisor’s office to shift suspicion to the office visitor.

Advice For Us All (51:04)
Choose to invest your time and intellectual energy on the problems you feel are the most challenging, interesting, and important to address. Also, try to find a supportive work environment where you are inspired by the people around you and where the questions you want to answer will be appreciated. For scientists, you will likely hit a point in some of your projects where it seems like everything is falling apart because some of your data don’t fit with the story you’ve put together. These are difficult times, but also times that may yield some of the most interesting stories and insights. Keep motivated, have confidence, and trust in the scientific process.

Guest Bio
Simon’s work examines how brains work with muscles and bodies to achieve movement. He is curious how animals manage to move in many ways through so many different environments. Currently he works on fast flight and rapid running, mostly in insects, whose small brains nonetheless produce amazing repertoires of movement. Most recently he and his group (the Agile Systems Lab) has been exploring how precisely neurons orchestrate motor activity, how the versatility of muscle arises from the physics of billions of organized tiny molecular motors, and how flowers blow in the wind (and what that does to the pollinators around them). His background is in biology and physics and he loves working with people from a variety of fields to understanding the neuromechanics of life. Outside of work, Simon loves hiking, cooking, and traveling (or all three together) especially if they involve mountains. He grew up in Montana, spent a lot of time up and down the west coast and now lives in Atlanta, Georgia.