Listen to the Episode Below (00:45:15)
Play / pause
1x
1.5x
2x
0:00
0:00
00:45:15
volume
iTunesGoogle PlayShare Leave a ReviewClammr ItListen in a New WindowDownloadSoundCloudStitcherSubscribe on AndroidSubscribe via RSS
Sign up to receive bonus content about our guests and sneak peeks for a guest from the next week’s interviews! 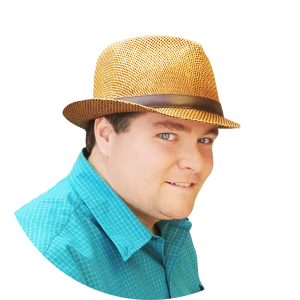 Dr. Aaron T. Dossey is the President, Founder, and Owner of All Things Bugs LLC, a company developing sustainable insect-based technologies and products in agriculture, food, and medicine. He is also the Founder and President of the Invertebrate Studies Institute and editor of the book Insects as Sustainable Food Ingredients. Aaron received his B.S. in Biochemistry and Molecular Biology from Oklahoma State University. He was awarded his PhD in Biochemistry and Molecular Biology from the University of Florida College of Medicine and conducted postdoctoral research there afterwards. Aaron worked as a Research Entomologist for the United States Department of Agriculture for two years before launching his company. Aaron is here with us today to talk a little about his research and tell us all about his experiences in life and science.

Life Outside of Science (2:37)
For Aaron, working with insects is a passion. He raises insects like moths, walking sticks, and mantises as a hobby. In addition, he is an avid nature photographer and enjoys snapping photos of insects in action. Other interests of Aron’s are collecting fossils and traveling to places like Peru or Mexico.

The Scientific Side (3:58)
The company Aaron founded manufactures protein powder made from crickets. He has worked on all aspects of this product, including the basic research, development, and manufacturing. Aaron is also dedicated to developing technologies to reduce the costs of cricket and mealworm farming.

What Got You Hooked on Science? (9:27)
Aaron has always been fascinated with nature. He was the kid who spent his time picking up bugs, grinding up plants in the garden, and staring at bees on wildflowers while playing outfield during baseball games. His insect collection began in earnest in high school when he had to collect specimens for his classes, and Aaron has maintained his collection ever since. In high school, Aaron also became interested in biochemistry, and this was the major he chose to pursue in college after visiting the Biochemistry Department at Oklahoma State University. While there, Aaron was impressed with all the fantastic research going on in this field and the exciting new technology he would be able to work with.

The Low Points: Failures and Challenges (25:10)
Aaron’s initial plan was to become an academic faculty member in biochemistry, but while he was working as a postdoctoral fellow, he wasn’t able to get a position lined up. When Aaron was awarded a Gates Foundation Grant, he faced a conundrum. He couldn’t accept the grant unless he worked at a place where he could be the primary investigator of the project. Entrepreneurship was an exciting prospect, and Aaron had always wanted to start a business, so he asked if he could accept the grant if he formed his own company. The Foundation agreed. Failing to get an academic job forced Aaron to pursue this entrepreneurial route which has been very successful and rewarding. However, business involved a steep learning curve. Aaron has faced issues with manufacturing, damaged products, delayed schedules, and loss of customers, but he has learned a lot from these challenges.

A Shining Success! (27:42)
The Gates Foundation Grant was a fantastic success that meant a lot to Aaron and got him started on this path. Subsequently, Aaron received a phase I and phase II United States Department of Agriculture (USDA) Small Business Innovation Research (SBIR) grant. These provided the salary stability that allowed him to apply for more funding, form collaborations, and further develop his research. Getting back in the groove of writing grants was critical, and two of his most recent SBIR applications have already been awarded.

Book Recommendations (30:49)
Saving Capitalism: For the Many, Not the Few by Robert Reich, For Love of Insects by Thomas Eisner, Secret Weapons: Defenses of Insects, Spiders, Scorpions, and Other Many-Legged Creatures by Thomas Eisner and Maria Eisner.

Most Treasured Travel (31:53)
In terms of feeding his love of nature, Aaron’s favorite scientific travel destination has been Peru. A few years ago, he had opportunities to travel there to work with collaborators on a grant they were submitting together. He was able to see Lima, Cuzco, and also spend a few weeks in the jungle on his first trip there. It was interesting working out the logistics of collecting insects, making recommendations, and conducting field research in a remote location. The biodiversity of Peru was amazing, and there were so many different species of insects.

Quirky Traditions and Funny Memories (35:22)
Aaron’s lab in graduate school watched a lot of CNN in the lab, joked around, enjoyed puns, and made a lot of memes. This was even before memes became mainstream. The movie Office Space had a lot of parallels to his life working in the lab and his experience in general doing science in an academic setting. Aaron discusses how many of the best scientists and people he has worked with are staff scientists, and he talks about the benefits of scientific careers in core facilities and government laboratories.

Advice For Us All (42:43)
If you truly think something has value and merit, then keep at. Don’t get discouraged. If you are a graduate student or postdoctoral fellow in science, consider exploring the path of entrepreneurship, look into applying for Small Business Innovation (SBIR) grants, and enjoy the ride.

Guest Bio
Aaron is a life-long, self-taught Entomologist and enthusiast of nature. He is also very passionate about his work, as anyone who has known him can attest. The central theme of Aaron’s research is to capitalize on the chemical and biological diversity of invertebrates to develop sustainable technologies and products in the areas of agriculture, food and medicine. He founded his company All Things Bugs LLC in 2011 and received over $1.3 million in research grants from the USDA and Bill & Melinda Gates Foundation. As a world leader in his field, Aaron recently published a critical comprehensive foundational reference text book, Insects as Sustainable Food Ingredients. He invented patent pending technology for insect based ingredients (such as Griopro® brand cricket powder). Aaron recently initiated a project developing genetically engineered insects higher in nutrient content and more disease resistant, as well as sequencing cricket and mealworm genomes. Aaron is an avid insect and nature enthusiast and photographer, has reared over 100 species of insects, and founded a non-profit Invertebrate Studies Institute dedicated to invertebrate based education and establishing a world-class insect zoo and basic research laboratory. He also enjoys travel, experiencing different cultures, adventure, and collaborating with colleagues to learn more about archaeology in places like Peru.